Journey Through the Day of Judgement 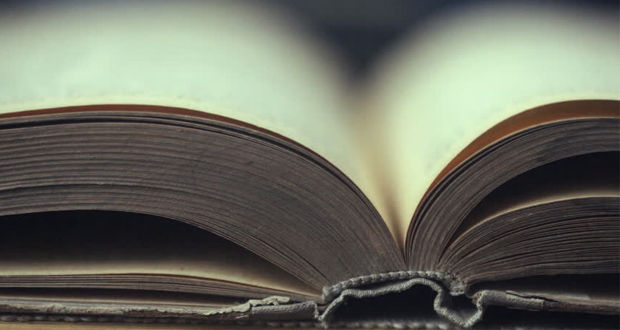 The Beginning of Judgement Day

Paradise is brought forward for the pious, and Hell is displayed and brought near for the sinners.[1]

Paradise will be displayed, exuding a beautiful fragrance but its scent and joy will be veiled from the disbeliever.

When Hellfire is stoked to a blaze.[3]

It is the fire of Allāh, kindled to a blaze.[4]

Its heat will become so intense that it will release clouds of black smoke.[5] The heat of the Hellfire will be seventy times more intense than the fire of this world.[6] When it sees the disbeliever from afar, they will hear it raging and roaring,[7] shooting out sparks as large as tree-trunks and as bright as copper.[8]

When man sees Hell, he will be overcome with abject terror.[9]

Finally, only the Muslims will remain – the believers and the hypocrites, the righteous and the sinners. They will be asked, ‘What keeps you here when everyone else has gone?’ They will reply, ‘We parted with them (in the world) when we were in greater need of them than we are today, we heard someone say, “Let every nation follow what they used to worship,” and now we are waiting for our Lord.’ Then Allāh will come to them in a form other than His own and say, ‘I am your Lord,’ and they will say, ‘You are not our Lord,’ ‘when our Lord comes we will recognise Him.’ None will speak to Him then but the Prophets. They will then be asked, ‘Do you know of any sign by which you will recognise Him?’ They will reply, ‘The Shin,’ and so Allāh will then uncover His shin and every believer will prostrate before Him except for those who would prostrate just to show off and to gain a good reputation. These people will try to prostrate but their backs will become rigid like one piece of a wood, and hence unable to bow down.[10]

The believers are then taken to the Pond. Each Prophet (ʿalayhim al-Salām) has his own Pond and each will be hoping that he has the most followers drinking at it.[12] Each nation has its mark by which their respective Prophet will recognise them and they will summon them to their pond, standing by it with their walking stick.[13] The Prophet (sall Allāhu ʿalayhi wa sallam) told us that the mark of this ummah was unique to it[14] and when asked about it, he replied, “If a man has a horse with a white blaze and white feet among horses that are black, do you not think he will recognise it? In the same way (my ummah) will come with white foreheads and white hands because of their wuḍūʾ.”[15]

The Pond of the Prophet (sall Allāhu ʿalayhi wa sallam) will be exceptional. So huge that a person standing at one end will not be able to see a person standing at the other.[16] The Prophet (sall Allāhu ʿalayhi wa sallam) described its size in different ways when speaking to different people in order for them to better appreciate its size.[17] He said that its length and breadth was the same[18] and the distance of one month’s journey,[19] or the distance between Mount Bayḍāʾ and Buṣra,[20] or Jarbāʾ and Adhruḥ in Syria,[21] or Madīnah and Amman[22] or Madīnah and Sanaʿāʾ[23] or Aylāʾ and Sanaʿāʾ[24] or Aylāʾ and ʿAdn[25] or the Kaʿbah and Bayt al-Maqdis.[26]

It has goblets surrounding it, in number and luminosity like the stars of the sky[27] or more, and made of gold and silver.[28]

The water in that pond is whiter than milk[29] or silver,[30] cooler than ice[31] and sweeter than honey,[32] exuding a fragrance more exquisite than musk.[33] Water pours into it via two sprouts from Paradise, one made of gold and the other made of silver,[34] and that water in turn comes from a river in Paradise, the Kawthar.[35] Whoever takes a single sip of water from it will never be thirsty again,[36] and his face will never turn black.[37]

Qurṭubī said, ‘Our scholars have stated that everyone who apostatises from Allāh’s religion or introduces innovations with which Allāh is not pleased and did not give permission for is one of those who will be driven away from the Pond. Those most forcibly driven away will be those who differed from the jamāʿah of Muslims and split from them, such as the Khārijites, Rāfiḍīs and the Muʿtazilites. These are all sects that changed (the religion of Islām). The same applies to the evildoers and oppressors who tried to extinguish the truth, kill its followers and humiliate them, and those who openly committed major sins and took the matter of sin lightly, and all those who followed deviant whims, desires and innovation.[48]

The first to drink from it will be the destitute amongst the Muhājirūn. In this life they had dishevelled hair, faces thin and parched, wearing tattered garments. People would close their doors to them, and they would not be considered for marriage. People who would fulfil their obligations, but waive their rights.[49]

Everyone will then be given their Book, a record of all that they said and did in this world, omitting nothing whatsoever, whether significant or insignificant.

We have bound each person’s destiny around his neck, and on the Day of Rising We shall bring out a record for each of them, which they will find spread wide open.[54]

When resurrected, people will have forgotten some or all of what they did, but their records will remind them in detail.[56]

On the Day when Allāh will raise them all up and make them aware of what they have done, Allāh has taken account of it all though they may have forgotten. Allāh is witness to everything.[57]

Anyone who is given his Record in his right hand will say, ‘Here is my Record, read it. I knew I would meet my Reckoning,’ and so he will have a pleasant life in a lofty Garden, with clustered fruit in his reach. ‘Eat and drink to your heart’s content as a reward for what you have done in days gone by.’ But anyone who is given his Record in his left hand will say, ‘If only I had never been given any Record and knew nothing of my Reckoning. How I wish death had been the end of me. My wealth hasn’t helped me, and my power and authority has vanished.’[59]

Whoever is given his record behind his back will cry out for destruction, he will burn in the blazing Fire.[60]

This is the second time the whole of mankind will be in terror and not ask after one another, waiting in trepidation to see which hand they are given their record in.[61] After this follows nothing but the Reckoning (Ḥisāb) that all Prophets and Messengers warned about, which will be the subject of the next article, God willing.

[11] The ḥadīths concerning this are mutawātir. Ibn Ḥajr stated that they are reported by 50 Companions and some scholars said 80