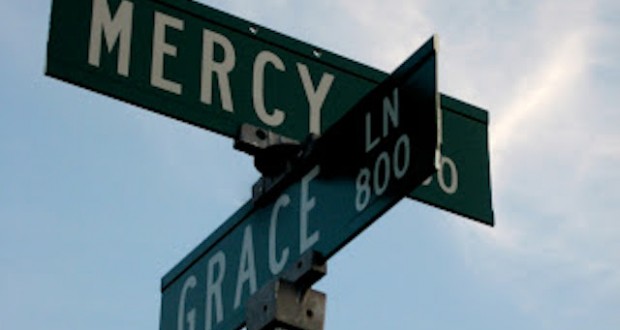 [24] All of them are subject to His will, between either His grace or His justice.

The statement of the author complements the many other points previously made regarding Divine Decree (qadar). The author discussed this point of theology in various places making it difficult to explore and study it comprehensively.

The author said: ‘All of them are subject to His will, between either His grace or His justice’, which is expressive of the overwhelming and all-encompassing nature of Allah’s Will in relation to His creatures; as Allāh said: ‘But you will not will unless Allāh wills. Allāh is All-Knowing, All-Wise’[1]. Secondly, the author clarifies that all Acts of Allāh are either Acts of Justice (‘adl) or Acts of Unmerited Favour (faḍl). In other words Allāh does not do any injustice to anyone. Allāh is the most just. In the Qur’ān, Allāh says: ‘Verily, God does not wrong [anyone] by as much as an atom’s weight’. [2]

It seems that the author was seeking to reconfirm that though Allāh Wills misguidance for some people, this is out of His justice and not something arbitrary. As mentioned previously, Allah provided guidance for all people and gave everyone tools to endorse and choose to be guided or not to be guided.  Allāh might guide some people out of his grace, yet Allāh only misguides those who chose misguidance in the first place: ‘And (remember) when Mūsā said to his people: “O my people! Why do you hurt me while you know certainly that I am the Messenger of Allāh to you?” So when they turned away (from the Path of Allāh), Allāh turned their hearts away (from the Right Path). And Allāh guides not the people who are rebellious, disobedient to Allāh’.[3] Hence, when He guides someone to faith, it is an act of grace from Him and to Him belongs the praise for that act. But when He leaves another to wander, it is His justice and He is also deserving of praise for that.

The many ways by which Allāh guides has been discussed at length in point number 24.

ALLĀH IS NOT UNJUST IN THE LEAST

This has been discussed in the previous point number 12.[4]

[25] He is exalted above having opponents (aḍdād) or equals (andād).

The Arabic term ‘aḍdād’ in the author’s statement is the plural of ‘ḍidd’, which means opposite or opponent; whereas the term ‘nidd’ means equals.

There is no one who can possibly oppose Allāh for He is the Lord of everything; He is the creator of all and thus everything other than Him is mere creation. It is therefore impossible to conceive of a being in existence who is equal to Him, let alone having the ability to oppose Him. This belief has been aptly illustrated with proofs from the Sacred Texts in points 1 & 2.

As Allāh is the Lord of all, what He wills happens and come to be, and what He does not will does not happen. There is none equal to or like Him.[5] As Allāh has said: ‘There is none like unto Him’. Numerous other verses point to the veracity of this statement such as His saying: ‘Allah judges and there is no reversing of His judgement. He is swift at reckoning’, [6] and: ‘Lord of the heavens and the earth, and all that is between them, so worship Him (Alone) and be constant and patient in His worship. Do you know of any who is similar to Him?’[7]

By denying that Allāh has an opponent or an equal, the author seems to be censuring the Mu’tazilite view that man is the creator of his acts. The fact that he chose to embed this statement within the middle of the discussion of Divine Decree (qadar) also points to his intending it to be a censorship of the Mu’tazilite doctrine. As this belief implies that Allāh wills that we obey and worship Him but man then wills to disobey and his will prevails over the will of Allāh.

[26] His decision is never reversed; His command is never resisted; His will is never frustrated.

That is to say, there is no one Who can change His decision, delay its implementation, or frustrate its execution. Comprehensively, from all angles, no one can change the quality, quantity, or timing of what Allāh decrees. He is the One God, the Supreme, the Irresistible. The Qur’ān states: ‘He is Allah. There is no god but Him. Praise be to Him in the dunyā and the ākhira. Judgement belongs to Him. You will be returned to Him.’[8]

Indeed Allāh has foreordained all that will come to be and recorded that fifty-thousand years before He created the heavens and the earth. Everything the He has decreed will come to pass as foreordained. There is no force in the universe that could possibly alter that in the least, rather: ‘Allah judges and there is no reversing His judgement. And He is swift at reckoning.’[9]

The authors words: ‘His Command is never resisted’, also point to the religious commandments that Allāh has laid down. That is say that Allāh has made dealing in interest prohibited, and there is no one who has the right to repeal, abrogate, or reinterpret that law of His – The Commandment is His Alone. The Qur’ān stated this in clear terms: ‘Your Lord is Allah, Who created the heavens and the earth in six days and then settled Himself firmly on the Throne. He covers the day with the night, each pursuing the other urgently; and the sun and moon and stars are subservient to His command. Both creation and command belong to Him. Blessed be Allāh, the Lord of all the worlds.’[10]

We believe in all of these things, and we are certain that everything comes from Him.

The author concludes this segment discussing Divine Decree (qadar) and all the other aforementioned attributes of Allāh by stating that we believe in all of this doctrine wholeheartedly. The belief of a Muslim has come from none save Allāh; through His Book or from the Sunnah of the Prophet (Ṣallāhu ‘alayhi wa salam).

The statement included the words īmān and yaqīn which will be explained further into the book. 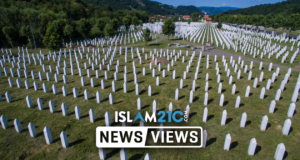