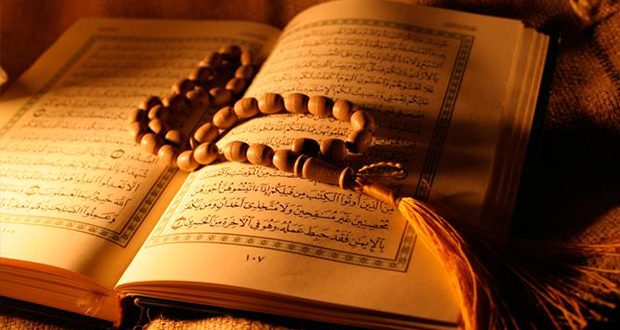 Concerning His words: ‘No one knows its ta’wīl except Allāh and those truly grounded in knowledge’[1], there are two readings of this verse. One reading stops after the words, “except Allāh”, and a second reading that does not stop at that point. Both of these readings are correct. What is referred to in the first reading are the equivocal verses, the knowledge of whose ultimate reality is hidden by Allāh (al-mutashābiha fī nafsihī). The second reading, however, refers to the relatively unequivocal verses (al-mutashābiha al-iḍāfī) whose tafsīr the scholars know, otherwise labelled by them as ta’wīl.

Those who pause after the words, “except Allāh”, do not mean by “ta’wīl” the meanings of the words. If they did, a necessary consequence of that belief would be that there are some words that Allāh revealed to His Messenger whose meanings no one knows, not even the Messenger. The people of knowledge would have no portion of such knowledge and could only say: ‘We believe in the Book; the whole of it is from our Lord’[2]. But this is what any ordinary Believer would also say, not just those grounded in knowledge. It is necessary that the people grounded in knowledge be somehow distinguished from laymen. In fact, Ibn ‘Abbās (radiy Allāhu ‘anhuma) said: ‘I am one of those well-grounded in knowledge who know the ta’wīl.’ He was truthful in that statement, as the Prophet (SALL ALLAHU ‘ALAYHI WA SALLAM) had prayed for him with the words: ‘O Allāh, let him have a good understanding and insight into faith, and teach him ta’wīl’[3], and the Prophet’s supplication was never turned away. Mujāhid said: ‘I recited the Qur’ān to Ibn ‘Abbās, from its beginning until its ending, and I stopped after each verse and asked him about it.’ The numerous reports that have come from him show that he commented upon the meaning of the entire Qur’ān and never said about any verse, “This is from the equivocal (mutashābih) verses whose meaning no one except Allāh knows.”

Some colleagues say that the equivocal verses (mutashābih) are the disjointed letters that appear at the beginning of some chapters of the Qur’ān. This has been narrated from Ibn ‘Abbās (radiy Allāhu ‘anhuma). But many people have spoken about the meanings of those verses. If their meanings are known, they are not equivocal (mutashābih) verses; if they are not known, they are equivocal and the rest of the verses’ meanings are understood. And that is the desired conclusion.

Furthermore, Allāh says: ‘There are some verses that are unequivocal, those are the foundation of the Book. And others are equivocal’[4] . Those disjointed letters are not considered complete verses according to the majority of the scholars who specialise in the Qur’ān.

Ta’wīl in the terminology of the later jurists and the scholars of speculative theology means to understand a word in a sense less probable (marjūḥ) than one more probable (rājiḥ) for some necessary reason. It is in this sense that the ta’wīl of many verses, informative or prescriptive, have been disputed. Of these interpretations, those which agree with the text of the Qur’ān and Sunnah are correct, and those which conflict with them are wrong. This is discussed in detail in the relevant works. For instance, it is mentioned in the book al-Tabsirah that Nasīr b. Yahya al-Balkhi narrated on the authority of ‘Umar b. Isma‘īl b. Hammād b. Abū Hanifah, from Muhammad b. al-Hassan, who was asked about the verses and reports about the attributes of Allāh whose literal meanings might lead to anthropomorphism and he said: ‘We take them as they have come down to us and we believe in them. And we do not say, ‘How is that?’ How is this?’[5]

One must know that an incorrect, blasphemous meaning cannot be the apparent or implied meaning of a Sacred Text. If anyone understands it in such a way, it is only because he is deficient in his understanding and has a shortcoming in his knowledge. As it is said concerning the words of some people, “How many times do correct words come from a weak-minded person. But he is destroyed because of his weak understanding.” Also, “It is incumbent upon me to take the poems from their places. But it is not my fault if the cow does not understand them.”

What could one then say about Allāh’s statement—and He is the most truthful and best of speech—concerning the Book as, ‘…a Book whose verses have been clearly stated and then explained in detail, from One Who is Wise and well-acquainted (with all things)’.[6] Those who subject the texts to their own interpretations believe, in fact, that the language of the Qur’ān and Ḥadīth are blasphemous and misleading. They state that the Qur’ān and Sunnah do not clearly state the faith and that they fail to formulate Allāh’s Oneness (tawḥīd) in terms befitting His majesty. That is the reality of the statements of those who make ta’wīl (in this sense).

The truth is that what the Qur’ān points to is the truth. And it does not prove things that are false. Instead, these misguided people think that the Quranic statements are faulty and should be interpreted in a different manner.

It must be said to these people, “The door that you have opened, although you claim to have been able to defeat some of your brother Muslims in some minor details, is also a door that you have opened to the polytheists and heretics. You do not have the ability to close it. For if you have allowed the twisting of the words of the Qur’ān from how they are understood without any legal evidence for such scripture twisting, then what are the principles that distinguish an acceptable interpretation and a twisting that is not acceptable?”

If they respond to that criticism by saying, “What is definitely proven by reason to be unacceptable, we will reinterpret; others we will accept as they are,” Then it must be asked of them, “According to what reason will you measure the definite conclusions of reason?” The Karmatian esoterics claim that their reason has demonstrated that no text can be taken at face value. The philosophers claim that reason contradicts the texts that speak of the resurrection of the body. The Mu’tazilites claim that reason repudiates the Beatific Vision and falsifies His foreknowledge of human acts, as well as His speech and mercy. The door to such interpretations has led to so many claims based on reason that not all of them can be mentioned in this place.

There are two greatly unacceptable consequences of their view. First, we do not accept anything of the meanings of the Book or Sunnah until we research the matter in great detail to determine if reason will accept such a proposition. And every group which diverges from the Book claims that reason points to what they believe in. The matter can only end in nothing but confusion and chaos.

Second, people will lose firm faith in all that the Prophet (SALL ALLAHU ‘ALAYHI WA SALLAM) said because they will not be certain that the apparent meaning of his speech is what he meant. Furthermore, the interpretations of his speech are contradictory. This means that we would not be able to know from the Qur’ān and Ḥadīth what the message of Allāh is for His people. The mission of the Prophet (SALL ALLAHU ‘ALAYHI WA SALLAM) was to convey Allāh’s message, and the Qur’ān is that supreme message. Therefore, we find the people of ta’wīl quoting the Qur’ān and Sunnah only to support the views which they have already formed and not to base their views on the Qur’ān. If the Qur’ān and Sunnah are in agreement with what their reason states, they agree with it. If it contradicts what their reason accepts, they reinterpret it. This has opened the door to hypocrisy and heresy. We ask Allāh to save us.

1)The statement of Ibn Abil ‘Izz: ‘There is no verse in the Qur’ān that Allāh does not require us to reflect upon’, is indeed profound. It illustrates the fallacy behind the doctrine that says no human can know anything of Allāh’s attributes, and only Allāh has knowledge of them. Proponents of such a doctrine will pass by the numerous verses that describe the majesty and greatness of Allāh and remain unmoved by the power of such verses as they consider such words to be meaningless to the human mind. How is it then possible to reconcile this with the fact the Allāh ordered humans to deliberate and reflect (tadabbur) over the Qur’ān when countless verses are in fact meaningless?

2)  Yet another problem with interpreting the Sacred Text based on other than the apparent meaning is that it paves the way for charlatanism in the religion. This is because the interpretations offered by the scholars of speculative theology (ahl al-Kalām) are not only unprecedented but also unknown to the lay follower. When such a distance is placed between the masses and an elite group of people who claim to hold special knowledge, it leads to charlatanism. This is one of the reasons why we are experiencing the rise of rejection of absolutism as a reaction to charlatanism within the Church.

Sheikh Haitham al-Haddad’s explanation of al-’Aqīdah al-Ṭaḥāwiyyah, edited by Asim Khan, will soon be published as a hardback book. Islam21c have exclusive rights to share extracts from the book for its readers, and will be posting certain sections of the book on a weekly basis. The book: al-’Aqīdah al-Ṭaḥāwiyyah, is a short text outlining the ‘aqīdah of Ahl al-Sunnah in short statements. Each extract posted is a complete explanation of any one of those statements. 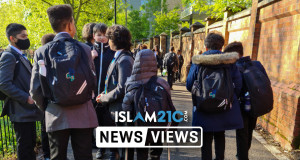