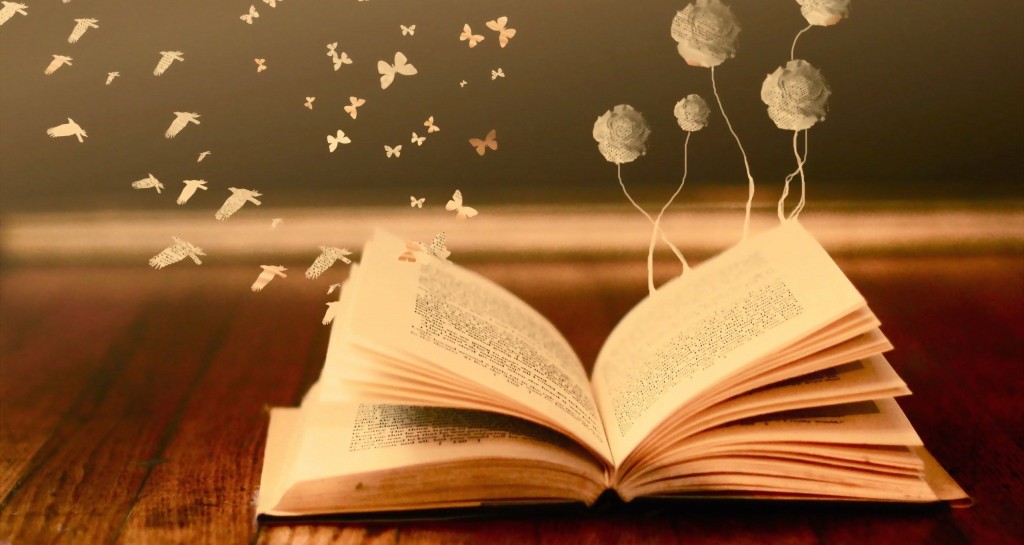 Aḥmad b. ʿAbdul Halīm Taqi al-Dīn, famously known as Sheikh-ul-Islām Ibn Taymiyyah, is a 7th century Islamic scholar, a polymath who inspired generations after him and started a golden Islamic legacy that bears fruit even today. Coming from a religious family of Harran, a city between present-day Turkey and Syria, his mission was to raise high the flag of Ahlus Sunnah wal Jamāʿah. He spent his life inviting people to the methodology of the Salaf us Ṣāliḥīn and refuting the false claims of the deviant groups.

Known for his meticulous memory, keen intelligence and depth of understanding, Ibn Taymiyyah was a walking encyclopaedia. He was a prolific writer and hardly left any branch of knowledge untouched. He was a master in Tafsīr, Ḥadīth, Fiqh, Aqīdah, Grammar, History, Seerah, and surpassed his contemporaries in these areas.

Ibn Taymiyyah is known for his severe criticism of deviant sects. At the time when the entire Muslim world was being swept by Greek philosophy, he led a crusade against it, critiqued it and annihilated it from root to branch. He wrote extensively on philosophy and sifted out the deviance from the guidance.

In his book Al-Furqan bayna Awliya ar-Raḥmān wa awliya ash-shayṭān, he puts forth his proposition that Allāh has His Awliya and the Shayṭān has his Awliya and, according to him, it is an obligation on the believers to differentiate the Awliya of Ar-Raḥmān from the Awliya of Shayṭān.

Therefore, he has named it The Decisive Criterion Between The Friends of Allāh and The Friends of Shayṭān. In other words, this book is a guide for a layman to differentiate between the Awliya of Allāh from the Awliya of Shayṭān. In that context this book is a must read for Kashmiris. Our folklore is full of stories of Awliya and Reshis and we need to find out in the light of the Qur’ān, Sunnah and the traditions of the pious predecessors whom to emulate and whom not to. And today, if we look in and around ourselves, we find people with meagre knowledge of details of Imān proclaiming Wilaya. In fact in the recent past, we had one such impostor who made such claims.

THE ENEMY OF A WALEE IS ALLĀH’S ENEMY

In the book, Ibn Taymiyyah discusses the etymology of the word Wilaya and its connected terms. The word Walee is a neutral term; it means a friend, an ally, drawn closer or a supporter. He draws home the point that one who loves a Walee of Allāh loves Allāh and one who hates a Walee of Allāh hates Allāh. Since a Walee of Allāh conforms to and follows Allāh in all that He loves and is pleased with, and hates and is displeased with what He hates and displeases, therefore loving him is loving Him and hating him is hating Him.

AWLIYA ARE NOT INFALLIBLE

At the same time, Ibn Taymiyyah hits hard at those deviant Sufis who have invented their own standards of Wilaya and castigates them for deviating from the Sunnah and the methodology of the Ṣaḥāba. He criticizes the notion of using the term Walee only for the saints and ascetics and ignoring those who are more entitled to it – the Prophets of Allāh and the Ṣaḥāba. Therefore the greatest awliya of all are the Prophets and the greatest of all the Prophets is Muḥammad (sall Allāhu ʿalayhi wa sallam). Abū Bakr, ʿUmar, Uthmān and ʿAlī (raḍiy Allāhu ʿanhum) are all undoubtedly the awliya of Allāh.

In our Valley, the term awliya (singular Walee) conjures up a certain mental picture. When we use the term in our discourses, we are talking about a pious, ‘infallible’ person of the past, who renounced this world, performed Karamas and has a shrine in his name that is venerated by the people. In fact, to voice the opinion that an awliya can be a pious living person, possessing some drawbacks, which are constantly being washed by his righteous deeds, is termed as sacrilegious in our community. Ibn Taymiyyah sheds a lot of light in this regard by giving references from the Qur’ān and the Sunnah that being sinless is not a condition of Wilaya.

THE SIGNS OF AWLIYA OF ALLĀH AND THE AWLIYA OF SHAYṬĀN

The greatest sign of the awliya of Allāh, Ibn Taymiyyah says, is unwavering Imān in Allāh; total dependence on Him in all affairs of life, and Taqwa. They are God-fearing people and seek the pleasure of Allāh in all their deeds. However, the awliya draw closer to Allāh by performing obligatory and optional actions of Sharī’ah with unmatched punctuality. Ibn Taymiyyah elucidates this point in his commentary on the famous Ḥadīth of the Wilaya in his book.

Ibn Taymiyyah heavily censures those who say that the awliya of Allāh has a different route to reach Wilaya. Both Sharī’ah and sound intellect, according to him, refute their claim that Sharī’ah is only for the general masses and not for the elites. Regarding such people, the author says,

“Such people contain a level of disbelief that nullifies faith not to mention nullifying the possibility of being a Walee of Allāh!”

Ibn Taymiyyah gives two levels of Wilaya: first, those who are foremost in Imān, who have been brought close to Allāh and second, the Companions of the Right, who take a medium course, doing what Allāh commands and leave what He prohibits. The more detailed a faith, Ibn Taymiyyah says, a person possess, the greater his Wilaya to Allāh.

Performing miracles or Karamah, a supernatural activity defying the laws of nature, is not a test to prove Wilaya. The biggest miracle of a Walee is remaining steadfast on Sharī’ah and calling people towards it. However, we have seen from time immemorial, that people, mostly men of iniquity, demanded miracles from the Prophets and the pious. The story of Banī Isrāīl is full of episodes where people demanded miracles from the Prophets. And in Seerah, the Makkan polytheists too were constantly demanding the Prophet (sall Allāhu ʿalayhi wa sallam) do something to prove that he was above the normal. A miracle, no doubt, is one of the significant features of the Prophets and the pious, but to believe only by virtue of them is a sign of weak faith. Miracles only reinforce the existing faith in the heart. Abū Bakr believed in the Messenger of Allāh without asking him to perform any miracle and he is the greatest Walee of Allāh after the Prophets. Ibn Taymiyyah has reserved one chapter for this discussion, bringing all different opinions about this notion and then presenting the correct view.

Ibn Taymiyyah is unambiguous and unequivocal regarding the nature of miracles of Awliya of Allāh. For him the source of miracle of a Walee is a ‘blessing that lies in following the Messenger, hence, in reality, they are included amongst the miracles of the Messenger (sall Allāhu ʿalayhi wa sallam)’.

Regarding the difference between the miracle of a Walee and Satanic trick of an impostor, Ibn Taymiyyah says,

“If these miracles are not attained through Salāh, Dhikr and the recitation of the Qur’ān, and are instead attained by doing that which Shayṭān loves and through enacting matters that contain Shirk such as seeking succor with the created, or these ‘miracles’ aid one in oppressing the created and committing indecent deeds, then these are satanic states and not from the miracles granted by the Most Merciful”.

In the middle of the book, Ibn Taymiyyah sets out to completely destroy the notorious idea of some deviant Sufis that a Walee of Allāh is superior and better than a Prophet. To refute this idea, he extensively quotes from the Qur’ān, Sunnah and the Imāms of this Ummah to drive home the point that there is no difference of opinion among the Salaf about the issue that the Prophets and Messengers are the best creation of Allāh.  He severely criticizes the author of Fusus ul Hikam, Ibn Arabi, and other deviant Sufi philosophers for holding such Aqīdah. Regarding Ibn Arabi and philosophers of his ilk, Ibn Taymiyyah says,

“The affair of Prophethood is something above and beyond what they think. Ibn Arabi and his likes only claimed to be Sufis, and they are in fact from the heretical Sufi philosophers, not from the Sufis found amongst the People of Knowledge, let alone being scholars of the adherents to the Book and Sunnah! In no way were they the teachers of the likes of Fudayl b. Ayad, Ibrāhīm b. Adham, Abū Sulaymān ad-Darani, Ma’ru al-Karkhi, al-Junaid b. Muḥammad, Sahl b. ʿAbdullāh at-Tustori and their likes (raḍiy Allāhu ʿanhum).”

Imām Abū Hanīfa (raḥimahu Allāhu), and other Imāms of the Ummah, hold the Aqīdah that no human is greater or superior to any Prophet. In his treatise on Aqīdah, Imām Tahawi Al-Hanafi says that Abū Hanīfa and his companions do not exalt any Walee of Allāh over any one of His Prophets. On the contrary, they believe that ‘a single Prophet is greater than all the Awliya combined.’ The celebrated commentary of Ibn Izz al-Hanafi on these words of Imām Tahawi is important to note. Ibn Izz goes a step beyond in criticizing this notion and castigates Ibn Arabi by name in his commentary. After quoting from Fusus ul Hikam and Futuhatul Makiyah, where Ibn Arabi pronounces his famous mantra, “The Status of a Prophet is in between, above a Messenger and below a Walee”, Ibn Izz says,

“Ibn Arabi and people like him are hypocrites and destroyers of Islām; they believe in the identity of Allāh and the world. They will be immersed deep in the lowest abyss of the Hell-fire.”

Since Ibn Izz was impressed and inspired by the writing of Ibn Taymiyyah, and was a contemporary of his students, he hence followed the suit of his teachers in refuting the heretics with full strength.

In a nutshell, this book is a guide and assurance to those who don not have a clear-cut concept of Wilaya in Islām and provides an authentic account in this regard. It is a criterion to sift out the fake from the genuine, bad from good and deviant from the guided. The Criterion is replete with textual references from the Qur’ān, the Sunnah and the traditions of the Imāms, and Ibn Taymiyyah draws his inferences directly from the said sources. As a critic, he closely examines the evidence of his opponent and refutes the deviant claims by quoting the divine guidance.