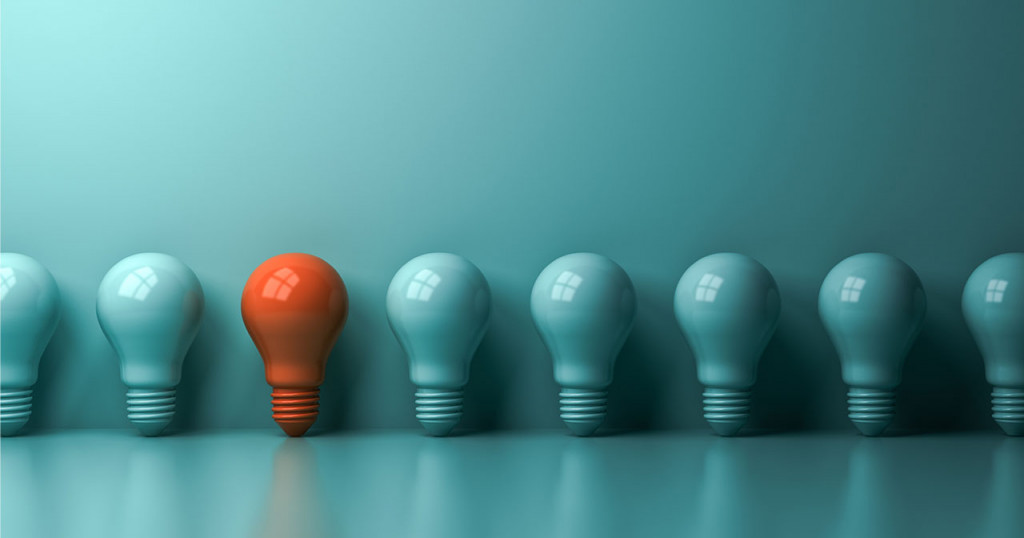 Society uses very strange criteria to separate the goats from the sheep. Their hair might be a little too long, their clothes a little unconventional, or their religion could be called into question. In each phase, society sells a narrative that only allows two characters in this story: the enlightened one who champions the latest social ideal, and the backward one who dares oppose it. In the Pharaoh’s Egypt, the ‘enlightened’ ones were those on Pharaoh’s side, who was apparently “leading to the way of right conduct”[1], whereas the backward ones were those who took the side of Prophet Musa, the “corrupter”[2]. Move forward to our times during the Bush administration and his “war on terror”, again, the world was divided into two distinct camps; “with us or with the terrorists”[3]. Today, it is the enlightened LGBT ally, and the homophobe who awaits enlightenment.

In the absence of divinely inspired revelation, goal posts will continually shift according to the unending appetites and persuasions of man. Appeasing him, therefore, is simply untenable. Indeed, it is time to shove aside those who will never be pleased and whose pleasure yields no success, and instead focalize the One who can be pleased and whose pleasure is the epitome of success.

In the first article,[4] we introduced the ghurabā’ (strangers), expanded on their two categories, dispelled the myth that it is synonymous with helplessness, and concluded with three prophetic descriptions of the ghurabā’. Having covered the theory, let us turn to the practical; a step-by-step plan of consolation to the stranger. Since the gharīb is most in need of friendship, I suggest four matters that he should consider befriending.

The first 13 years of Islam in Mecca were overshadowed with the darkest canopies of ghurbah. As a result, bright Quranic passages were revealed to dispel this darkness, verses that focused almost exclusively on three subject matters; al-Ilāhiyyāt (who Allah is), al-Nubuwwāt (who the prophets are), and al-Sam’iyyāt (the hereafter and matters of the unseen). In short, it was a primarily aqīdah-building and īmān-constructing phase that helped the early Muslims navigate their way along their path of ghurbah. For example, picture the Prophet ﷺ reciting to the early Muslims of Mecca the powerful verses from Sūrah al-Takwīr:

Verses that helped shift their attention away from their bloodied bodies and alienated hearts to the colossal Day of Reckoning providing them with much needed perspective, encouragement and strength. So, for those feeling the bite of alienation, they should start with a structured study of Allah’s names, along with the Meccan chapters of the Qur’an.

2. Befriend the people of Imān

After having tied their hearts to Allah, the next priority was to tie the hearts of the Companions to one another in a bid to dim the heat of ghurbah. Contrary to common misconception, the system of mu’ākhā (pairing) between the Muslims did not start in Madina but Mecca, like the pairing between Ḥamza ibn ‘Abd al-Muttalib and Zayd ibn Ḥāritha, Mus’ab ibn ‘Umayr and Sa’d ibn Abī Waqqās, Ṭalhah ibn ‘Ubayd Allāh and Zayd ibn ‘Amr; pairing between the Muhājirūnthemselves. When the Muslims migrated to Madina, a second phase of pairing took place between 45 Meccan Muhājirūnand another 45 Madinan Ansār.

The bonds created were intensely strong, providing mutual economic, moral, spiritual and psychological support, and help in overcoming homesickness, the sorrow of persecution and alienation. So tight were the bonds created that they would inherit one another as family members do, till this ruling was later abrogated.

Such companionship is indispensible in the life of a gharīb. Abū al-Dardā’ said:

“‘Abdullāh ibn Rawāḥah would at times take me by the hand and say: ‘Come with me for a moment and let us renew our faith, because hearts change more rapidly than that which boils in pots.’”[6]

“Umar ibn al-Khattāb would say to Abū Mūsā al-Ash’arī: ‘O Abū Mūsā, remind us of our Lord.’ He would recite and the Companions would listen.’”[7]

Putting this second recommendation into practice, make a nightly presence in the masjid for the Ishā prayer, where faces of the attendees will gradually increase in familiarity, causing a proportional decrease in one’s sense of ghurbah. Thereafter, visit each other as families, play regular sports with one another, share ideas of supporting the religion. In short, the solutions we foster must be social ones rather than individual ones. Furthermore, community leaders are to assume the brunt of the responsibility of fostering environments of brother/sisterhood, environments that are seldom achieved by the mere delivery of lectures and classes. Think out of the box, be near the people yourself, and bring them near to one another.

One need not be a scholar to enjoy the warm companionship of knowledge. Even the smallest dosages of it comforts the estranged, encourages the demotivated and reassures the fearful. In his typically profound style, Imām Ibn al-Qayyim describes knowledge as being:

“The life of hearts, the light of insight, the curer of chests, the meadows of minds, the sweetness of souls, the comfort of the lonely, and the guide for the lost.”

“It is the friend during one’s alienation, the converser when alone, the comfort when deserted, and the solver of doubts. It is the poverty-ending wealth for he who earns its treasure, and the eliminator of confusion for he who shelters in its fort.”[8]

At the heart of any storm, the tested one is picked up by his knowledge; empowered by a Quranic verse reinvigorated by a ḥadīth, illuminated by a prophetic example he remembers, or encouraged by an analogy he recalls. What you learn of Allah and His religion will ease your ghurbah, so plan a journey to knowledge.

4. Befriend optimism and relish the experience

The angelic hosts, the celestial and perfect beings created by God at the dawn of time, who always and forever contemplate their Lord and rush to His every command, are – in all of their hierarchies and ranks – Muslims like you, glorifying Allah like you do;

“…. and those who are near Him (i.e. the angels) are not arrogant of worshipping Him, nor do they tire. They glorify Him night and day, and they never slacken.” [9]

The earth, as well as the ever expanding universe which scientists remain unable to chart in size, with all two trillion of its galaxies, are Muslims like you, glorifying Allah like you do:

“The seven heavens and the earth and all that which is in between glorify Him, and there isn’t anything except that it glorifies His Praise, but you do not understand their glorification …” [10]

Similarly, thunder and lightning are under Allah’s authority, roaring and flashing in praise of Him, just as you do:

“He is the One Who shows you lightning, inspiring ˹you with˺ hope and fear, and produces heavy clouds.”

“The thunder glorifies His praises, as do the angels in awe of Him. He sends thunderbolts, striking with them whoever He wills. Yet they dispute about Allah. And He is tremendous in might.”[11]

As a matter of fact, Allah said:

“Do you not see [i.e., know] that to Allah prostrates whoever is in the heavens and whoever is on the earth and the sun, the moon, the stars, the mountains, the trees, the moving creatures and many of the people?” [12]

With this understanding, the experience of being strange can easily be converted into one of optimism, relished even, having realised that both the universe and yourself are perfectly aligned. No longer will you view Islam as a source of alienation, but its cure, as the true stranger is he who traverses against the grain of the cosmos. This was the experience of ʿUthmān ibn Maẓʿūn whom, when he turned down the protection of al-Walīd ibn al-Mughīrah, the Meccans were emboldened to harm him. A Meccan punched ‘Uthman, giving him a black eye. When al-Walīd saw ʿUthmān, he said to him:

“Nephew, by Allah, your eye did not need to suffer like this. You were under good protection.”

“Rather, by Allah, my healthy eye is in need of what the other eye has experienced in the path of Allah. I am in the protection of He who is mightier than you and more able.”[13]

Having said the above, one must come to terms with reality; the only destination that provides a comprehensive release from the shackles of ghurbah is paradise. A man approached Imām Aḥmad, asking: “When does one experience true rest?” He responded:

Till that day, however, the gharīb must not assume himself condemned to the edge of life’s hall, trying to copy what everyone else is doing, but never quite getting it ‘right’. Such are people who are only ever noticed when something goes wrong and when someone is needed for blame. The rest of the time, they are generally excluded and ignored, as what they represent does not fit into the jigsaw of a community. To the contrary, the gharīb, is cut from a different cloth, finding himself far too motivated to sit idly wallowing in self-pity.

They are motivated in their knowledge that the believing minorities of life today will soon be the majority inhabitants of paradise tomorrow. The Prophet ﷺ said:

“I swear by the one who possesses my soul, I am hopeful that you will be half of the total inhabitants of paradise.”[14]

What stirs them into planning for their religion is their knowledge that:

“Allah will continue to plant people for His religion, using them in His service until the Day of Judgment.”[15]

What propels them forward in the face of every challenge is their unwavering conviction that their sacrifices and patience are not going unnoticed;

“Never would Allah let your faith go to waste; indeed, towards mankind, Allah has always been truly Compassionate, Bestowing of mercy.”[16]

[14] Al-Bukhārī and Muslim, on the authority of Ibn Masʿūd

Share. Facebook Twitter LinkedIn Email Telegram WhatsApp
Previous ArticleCondolences on the passing of Shaykh Mahmud Effendi (1929-2022)
Next Article Dhul Hijjah is here! And so is our Dhul Hijjah Digest