The Tear in the Christian Salvation Safety Net 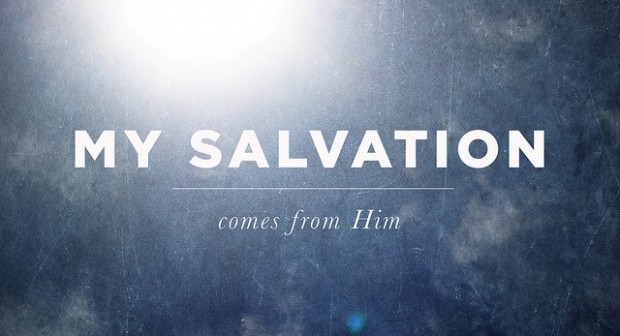 For Christians the crucifixion of Jesus is a dangerous safety net. The cross has become somewhat of a crux in the sense that many feel they can live their lives in whatever manner that pleases them, without consequence, because they believe the sacrifice of Jesus has already guaranteed their place in Heaven. It is not uncommon to hear missionaries boast about this, putting forth scenarios of drowning Jews, Christians and Muslims with only a Christian being certain of salvation.

It should come as no surprise that missionaries peddle such lies; a no-strings-attached religion represents an attractive package in an increasingly decadent world. What better way to stand out from the ‘competition’ and stem the haemorrhage that is the dwindling Church attendance by offering joiners a free golden ticket to heaven. “Just confess with your tongue that Jesus is your saviour and you will be saved” – a tempting one-click shop for those of us in the West who live in a culture of convenience – what you want, how you want it. Sadly many have been duped into attesting to this not because they have a deep understanding of Christian theology but, rather, because it allows them to have their cake and eat it – sex, drugs, rock and roll in this world and the prospect of even more pleasure in the Hereafter.

Like anything in life, if something appears to be too good to be true, then it probably is. There is a snag in this package deal, and that is the New Testament. It is the fine print that salesmen, in this case, missionaries, tend to gloss over. The reality is that when we examine the New Testament, it is actually not the case that once saved you are always saved.

For example, Paul himself makes the point that anyone can fall from grace — even he himself. He says:

“No, I strike a blow to my body and make it my slave so that after I have preached to others, I myself will not be disqualified for the prize.”[1]

Now, if it were the case that a Christian could not lose their salvation then why would Paul advise Christians to check themselves? In Islām, every believing Muslim will enter Paradise – whether directly or after some purification in the Hell Fire – whereas it seems to be the case that not every believing Christian has the same guarantee, they can lose their salvation entirely or, as Paul puts it, be “disqualified for the prize” based on their deeds.

One has to wonder, what sort of deeds can cause a believing Christian to lose their salvation? Many writers in the Bible indicate that a believing Christian can lose their salvation completely because of the sins they commit after having become born again. Here it is stated in the Bible that those who “continue to sin” can no longer be considered born again:

“No one who is born of God will continue to sin, because God’s seed remains in them; they cannot go on sinning, because they have been born of God.”[2]

Those who “sin wilfully” are no longer under the saving grace of the Cross but should expect punishment:

“If we deliberately keep on sinning after we have received the knowledge of the truth, no sacrifice for sins is left, but only a fearful expectation of judgement and of raging fire that will consume the enemies of God.”[3]

Finally, according to the following extract, if believers “return to the pollutions of the world” then it would be better for them had they not been believers at all:

“For if, after they have escaped the pollutions of the world through the knowledge of the Lord and Saviour Jesus Christ, they are again entangled in them and overcome, the latter end is worse than the beginning. For it would have been better for them not to have known the way of righteousness, than having known it, to turn from the holy commandment delivered to them. But it has happened to them according to the true proverb: “A dog returns to his own vomit,” and, “a sow, having washed, to her wallowing in the mire.”[4]

In sum, the New Testament propagates the notion that a believing Christian can lose their salvation completely if they “continue to sin”, “sin wilfully” or “return to the pollutions of the world”. Contrary to this, in Islām, a believing Muslim’s sins are weighed along with their righteous deeds, and as long as they are a true believer who does not worship anything other than God then no amount of sins will cause them to leave the fold of belief and thus lose their salvation forever. In the Bible this concept the weighing of deeds does not exist. Regardless of the great many righteous deeds a believing Christian does, they are only as “saved” as much as their level of sinning permits. This begs the question, then, of just how much sin it takes for a Christian to lose their salvation.

Outside the Ten Commandments and the seven deadly sins, there is very little information to help one account for sins. Here Paul does list examples of sins that can cause one to lose their salvation:

“Now the works of the flesh are evident, which are: adultery, fornication, uncleanness, licentiousness, idolatry, sorcery, hatred, contentions, jealousies, outbursts of wrath, selfish ambitions, dissensions, heresies, envy, murders, drunkenness, revelries, and the like; of which I tell you beforehand, just as I also told you in time past, that those who practice such things will not inherit the kingdom of God.”[6]

Unfortunately, these verses do not provide a clear picture of the extent to which one has to practice such sins in order to lose salvation. A worry arises as we do not know to what exact extent is Paul referring to here. Is just one transgression enough? Perhaps it is regular practice? If so, how regular? Are these various sins hierarchical, in other words are all the sins weighted equally or are some worse than others? Do not all Christians, all of humanity even, have “selfish ambitions” and “jealousies” to some extent? One may presume that a sin such as murder is far worse than selfish ambition and jealousy. Too little information is given making it impossible to account for oneself in any meaningful way.

Prophet Muḥammad (sall Allāhu ʿalayhi wa sallam) taught that there is distinction between intending to perform a sin and physically carrying out an action of sinning:

Islām provides a framework for Muslims to keep track of their “balance of deeds” in order to ensure that their righteous actions outweigh their evil. As long as a Muslim is knowledgeable enough about their religion and conscientious enough about their actions then they are in a strong position to ensure that their righteous actions outweigh any evil they may fall into on a day-to-day basis. This is exactly the kind of guidance that one would expect to find in genuine revelation from our Creator. By comparison Christians are in a precarious position. Sin can cause a believer to lose their salvation completely, but they are given no detailed information which describes what quantity of sin makes a Christian lose their born again status and no clear way of accounting their deeds. You are either saved or doomed. There is no middle ground and no definite means of determining which group one lies in.

What about atoning from sin? Unfortunately for Christians, if he who is born again “falls away” their repentance is no longer accepted and they are doomed:

It is impossible for those who have once been enlightened, who have tasted the heavenly gift, who have shared in the Holy Spirit, who have tasted the goodness of the word of God and the powers of the coming age and who have fallen away, to be brought back to repentance. To their loss they are crucifying the Son of God all over again and subjecting him to public disgrace.[9]

Falling away represents a point of no return and any repentance made thereafter is in vain, bearing in mind that there is no absolute way of determining whether one is currently saved or not, whether one has lost their born again status or not because one is unable to account for their sins as there is no existing framework.

By comparison the Qur’ān tells us that Muslims should not despair of the mercy of God, because He can forgive all sins. He is the Most Forgiving, Most Merciful:

Say, “O My servants who have transgressed against themselves [by sinning], do not despair of the mercy of God. Indeed, God forgives all sins. Indeed, it is He who is the Forgiving, the Merciful.”[10]

Repentance brings about forgiveness, so much so that the evil deeds are replaced with righteous deeds:

“Except for those who repent, believe and do righteous work. For them God will replace their evil deeds with good. And ever is God Forgiving and Merciful.”[11]

Righteous deeds, such as prayer, wipe out sins:

“And establish prayer at the two ends of the day and at the approach of the night. Indeed, good deeds do away with misdeeds. That is a reminder for those who remember.”[12]

“If you disclose your charitable expenditures, they are good; but if you conceal them and give them to the poor, it is better for you, and He will remove from you some of your misdeeds [thereby]. And God, with what you do, is [fully] Acquainted.”[13]

There are some acts that are so virtuous that they can wipe out an entire lifetime’s worth of sins, such as a person converting to Islām or performing the pilgrimage of Ḥajj:

Many Christians are mistaken in believing they have a guarantee of salvation because of the Cross. Upon reading the New Testament’s fine print, it becomes abundantly clear that the blood of Jesus is made inconsequential by virtue of the New Testament’s ambiguity in relation to sin. If one cannot determine whether one has already fallen because one cannot properly account for sin, and if being in a fallen state represents a point of no return, then being a Christian is a precarious proposition. If Scripture does not answer the big questions we have in life, then can it really be considered complete guidance from our Creator?

By contrast, the Qur’ān provides a robust framework and clear roadmap for dealing with sin in order to preserve and protect one’s salvation. This is exactly what one would expect to find in a genuine book of God’s guidance. It is only through submission to God and a reliance on His mercy that one can attain true inner peace and success in the Hereafter:

It is true that this means that Muslims must constantly strive to live their lives in a way that is pleasing to God, and it is not always easy. Is it not the case, though, that when it comes to worldly matters, we would not expect to obtain any degree of success, be it a qualification or an attainment such as a house, without hard work? Why, then, would Paradise be any different? Both the Qur’ān and Bible emphasise obedience to God and the avoidance of sin in order to be successful in the Hereafter. However, it is only the Qur’ān that equips believers with the tools needed in order to manage sin and truly achieve salvation.

To learn more on this subject please refer to this article