Who are the Majoos? 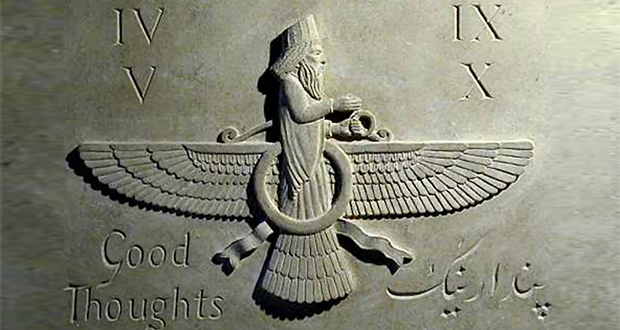 In the run up to Christmas and the New Year, the Nativity was re-enacted by school children across the country. The entrance of the Magi is always one of the highlights. ‘For a moment, the sober Christian story seems to shimmer and blend into the marvelous tales of The Thousand and One Nights’. Clad in rich, brocade cloaks, laden with jewels, they look every part foreign royalty even though there is no indication of this from the Biblical reference. Though only mentioned in the Gospel of Matthew, they have become immortalised in popular culture and the retelling of the birth of Christ from the Western Christian perspective. The Magi had travelled from the East, bringing exotic and precious gifts of gold, frankincense and myrrh. Over the ages, this generous act has spurred the tradition of giving gifts at Christmas. Highly skilled in astrology, they had followed a star that, for them, foretold the birth of a prophet, the fulfilment of a prophecy given in their scriptures.

Nobody knows for certain what became of these Magi when they returned to their nation; they may have converted to Christianity and become the first missionaries of the ‘new’ religion. Hundreds of years later when Muslims ruled Persia, many followers of the old religions were quick to embrace the new way of life in the same way.

Magians as per the Qur’ān

The Magians, or Majoos in Arabic, have only been mentioned once in the Qur’ān. Allāh (subḥānahu wa taʿālā) says:

‘Indeed, those who have believed and those who were Jews and the Sabeans and the Christians and the Magians and those who associated with Allāh – Allāh will judge between them on the Day of Resurrection. Indeed Allāh is, over all things, Witness.’[ii]

I have always been intrigued as to why Magians have been mentioned with the three major monotheistic religions. Was it to accord the group some merit and status or as a comparison? What were the beliefs of the Magians and how do they compare with Islām? Finally, what lessons can we learn about the history and demise of the Magian religion?

History of the Magians

The Magians belonged to an ancient Persian religion that was the precursor to Zoroastrianism. The Magi, in particular, referred to the hereditary priest astrologer caste of the religion of the Medes, who were famed for their learning and knowledge of astrology. In common with other primitive religions, Magian rituals involved animal sacrifice that could only be conducted in the presence of a Magi. They were versed in the hymns and incantations involved in the rituals which took place in fire temples. Thus, the Magi presented themselves as mediators between God and man.

Zoroastrianism, incorporating elements of Magian belief, was once the major religion of Persia with millions of followers. Their mantra is ‘good thoughts, good words, good deeds’. Zoroastrians have a monotheistic feature in their belief of one Creator, Ahura Mazda, but they have a dualistic worldview: Angra Mainyu is the Creator’s antagonist, the source of all evil and almost as powerful. They believe in the final resurrection, Divine Judgement and life after death.

The Magians under Muslim rule

Muslims conquered Persia during the caliphate of ʿUmar (raḍiy Allāhu ʿanhu). The followers of Zoroaster were afforded privileges similar to ‘The People of the Book’: they were seen as a ‘dhimmi’ minority, and obliged to pay the jizya tax to ensure state protection of their civil rights and autonomy. Many entered the fold of Islām wholeheartedly as they recognised the Truth from their own scriptures: belief in one God, angels and the after-life.

‘The genius of Islām as a colonial force was shown in its granting of citizenship on equal terms to any man who became a Muslim. Women also stood to gain. In contrast to Zoroastrianism, Islām did not regard women as the property of men; it raised them to an equal position with men in the eyes of God, even if they remained subservient in the eyes of society and the law. Then there was the egalitarianism of the Qur’ān and the motivating influence of the poll tax that was levied on religious minorities. It all added up to an irresistible case for conversion. The converts duly came—in a flood.’[iii]

Will Durant, in ‘The Story of Civilisation’ shares the same opinion:

‘At the time of the Umayyad caliphate, the people of the covenant, Christians, Zoroastrians, Jews, and Sabians, all enjoyed a degree of tolerance that we do not find even today in Christian countries. They were free to practice the rituals of their religion and their churches and temples were preserved. They enjoyed autonomy in that they were subject to the religious laws of the scholars and judges.’[iv]

J Esposito echoes the same sentiment in his book:

‘The common Western belief that Islām is “a religion of the sword” is a mistake. Muslim conquerors allowed Christians, Jews and Hindus to keep their faith because the Qur’ān forbids conversion by force. The millions of Hindus, Zoroastrians, and Syrian and Coptic Christians who converted to Islām in the eighth, ninth, and tenth centuries did so freely because their Muslim conquerors governed more justly than any ruler they had known before’. [v]

It is debatable whether the native Persians were subject to persecution by later rulers, but their numbers dwindled and they are now only found as Zoroastrians or Parsis mostly in Iran and India:

The Qur’ān in Arabic is the unaltered speech of Allāh (subḥānahu wa taʿālā) as conveyed to the Prophet Muḥammad (sall Allāhu ʿalayhi wa sallam) through the agency of the Archangel Jibrīl (ʿalayhi al-Salām). As such, each verse is precise in meaning. Where there may be ambiguities, these are clarified by the Sunnah and the understanding of the righteous, early generations of Muslims. The verse mentioning the Magians, as given above, may have two contradictory meanings if taken at face value: either the Magians are classed with the other known ‘People of the Book’ or, alternatively, they are grouped with the idol worshippers. Commenting on this verse, Ibn al Qayyim said that two of the groups mentioned are doomed, namely the polytheists and the Majoos, while within the other four groups there may be individuals who are either doomed or blessed.

This status of the Magians is further consolidated by a ḥadīth of the Prophet (sall Allāhu ʿalayhi wa sallam) narrated by Ibn Umar:

“The Qadaris (those who deny al-qadar) are the Magians of this ummah. If they get sick, do not visit them and if they die, do not attend (their funerals).[vii]

‘The Prophet (sall Allāhu ʿalayhi wa sallam) likened them to Magians because their views were similar to the views of the Magians who believe in two principles, light and darkness, and they claimed that good is the action of the light and evil is the action of darkness, so they became believers in dualism’.[viii]

The Magians are mentioned in the Qur’ān as a warning to believers to correct their aqīdah; not to put anything or anyone as equal or sharing the attributes of Allāh, which belong to Him alone; to understand our dependence on the Creator and to recognise that whatever happens is a manifestation of Allāh’s will. Considering our historical connection with the Magians reminds us that Allāh’s help is with the believers and He alone can grant prosperity and victory to the Muslim Ummah, as long as His commandments are adhered to. If we fail to realise these truths then we may be in danger of receiving the fate of the Magians.

[v] What Everyone Needs to Know About Islam by J. Esposito,