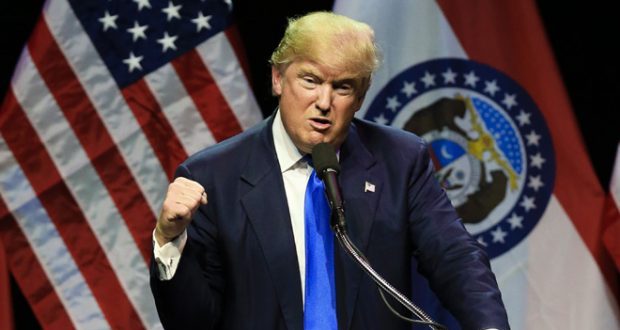 U.S. lawmakers have introduced a measure calling for the Muslim Brotherhood, one of the oldest Islamist organizations in the Middle East, to be designated a foreign terrorist organization, and for the first time in recent years they are optimistic it will get signed into law.

The Muslim Brotherhood Terrorist Designation Act, introduced this week by Sen. Ted Cruz (R-Tex.) and Rep. Mario Diaz-Balart (R-Fla.) in both chambers of Congress, advocates for the designation on the grounds that the Muslim Brotherhood espouses “a violent Islamist ideology with a mission of destroying the West.”

It marks the fifth straight year that lawmakers have introduced legislation to this effect. Previous administrations — as well as counterterrorism analysts and political scientists who study the Brotherhood — have not viewed the group, which has held elected political offices across the Middle East, as a threat, preferring to engage it diplomatically.

Trump’s nominee for secretary of state, Rex Tillerson, the person who would make such a designation, on Wednesday referred to the Muslim Brotherhood as an adversary during his confirmation hearings before the Senate Foreign Relations Committee, but he stopped short of calling for a terrorist designation.

Tillerson said the incoming administration’s top priority in the Middle East must be defeating the Islamic State, which has been implicated in the murders of thousands of people, but he suggested the Muslim Brotherhood would come next.

“The demise of ISIS will also allow us to increase our attention on other agents of radical Islam, like al-Qaeda, the Muslim Brotherhood and certain elements within Iran,” Tillerson said. ISIS is another name for the Islamic State.

If the Trump administration adds the Muslim Brotherhood, it would mark the first time that the U.S. government has pursued the terrorist designation on ideological grounds, analysts say.

It is also likely to have a far-reaching impact on American Muslims at a time when Muslim community leaders say the religious minority is facing the worst harassment it has seen since the aftermath of 9/11.

Proponents of the measure, including members of Trump’s incoming administration, have long used the Muslim Brotherhood label as shorthand for Muslim organizations, politicians and government officials with whom they disagree, and civil rights advocates fear those allegations could be used as pretext to investigate and alienate those who challenge the government’s treatment of Muslims.

Supporters of the designation have wielded it most frequently against advocacy groups such as the Council on American-Islamic Relations (CAIR), which regularly files lawsuits on behalf of Muslims over alleged discrimination, as well as against charities.

They have also used it to attack Democratic members of Congress, Muslim government officials, longtime Hillary Clinton aide Huma Abedin and the Gold Star father Khizr Khan, who criticized Trump at the Democratic National Convention in the summer.

Corey Saylor, who oversees CAIR’s response to Islamophobia, describes the allegation of a connection as “pure conspiracy theory” but worries that a formal terrorism designation for the Muslim Brotherhood could then “be used as a pretext to essentially go into organizations, shut them down, and say, ‘We’re investigating them.’ ”

“Years later, [they’ll say] ‘Oh, sorry, there’s nothing there.’ But the effect is, those organizations no longer exist,” he said. The label, he added, “could also be used to isolate organizations and drive away potential allies.”

Baher Azmy, legal director with the Center for Constitutional Rights in New York, said he viewed the move as “part of a two-step process to delegitimize a great swath of American Muslim advocacy organizations.”

“This is sort of a massive cudgel, if it were passed, that could really be used to question, to target, to harass advocacy organizations,” he said.

Supporters of the designation have suggested as much.

In announcing the Muslim Brotherhood Terrorist Designation Act, Cruz’s office cited a widely discredited 1991 memo from a Muslim Brotherhood member as evidence that the group is working to eliminate Western civilization from within, and referred to CAIR as an affiliated organization.

Frank Gaffney Jr., a former Reagan administration official, who advised Cruz on foreign policy during the 2016 presidential campaign, has often cited that document in arguing his view that the Muslim Brotherhood has infiltrated the United States with the intention of waging “civilization jihad.”

Experts on the Muslim Brotherhood say it poses no threat to the United States — typically one of the criteria for designating a foreign terrorist organization — and many have also questioned the extent to which it is alleged to participate in violence.

Founded in Egypt in 1928, the Muslim Brotherhood is widely viewed as the mother of political Islamist movements. In its modern incarnation, it has sought to implement Islamic law and governance in several Middle East states through participation in democratic elections. But it has also spawned dozens of offshoots, including some extremist groups, such as the Palestinian militant group Hamas and al-Qaeda, which broke from the Muslim Brotherhood long ago.

Tillerson also said Wednesday that he supports stronger ties with Turkey’s President Recep Tayyib Erdogan. “We have to reengage with President Erdogan in Turkey,” he said. “This is a long-standing NATO ally that in the absence of American leadership . . . turned to an ally in Russia.”

The Muslim Brotherhood won Egypt’s first democratic elections following the 2011 ouster of strongman Hosni Mubarak but was later ousted in a military coup and remains the target of a military crackdown.

Egypt has been racked by bombings and assassinations in the years since the coup. The government has blamed the Muslim Brotherhood; the group’s leadership has offered conflicting messages on whether it now supports the use of violence.

After Egypt’s military overthrew the elected Muslim Brotherhood government in 2013, President Abdel Fatah al-Sissi and regional allies, including the United Arab Emirates and Saudi Arabia, that have also viewed the group as a political challenger designated it a terrorist organization and have urged the United States to do the same.

The U.S. bill cites former FBI director Robert Mueller’s 2011 testimony before the House Intelligence Committee in which he said: “I can say at the outset that elements of the Muslim Brotherhood both here and overseas have supported terrorism. To the extent that I can provide information, I would be happy to do so in closed session. But it would be difficult to do in open session.’’

Diaz-Balart, who introduced the bill in the House, said that in subsequent closed briefings, he has “seen enough information to warrant a designation.”

Mueller declined to comment on whether he agrees with that assessment.

Michele Dunne, a Middle East and foreign-policy analyst at the Carnegie Endowment for International Peace, said that if successful, Cruz’s effort would signify “the first time that the United States would declare an organization to be a foreign terrorist organization on ideological grounds.”

Typically, she said, the designation is reserved for groups that have carried out acts of terrorism against civilians or U.S. citizens. “The Cruz bill certainly doesn’t establish that the Brotherhood has done anything like that,” she said, adding that the designation would put Washington on “a slippery slope.”

“I think it would put the United States on a course to be subject to demands from a lot of governments around the world to get their ideological enemies to be declared terrorist organizations,” she said.

Which groups make the terrorist list is not always clear-cut. For example, Hamas and al-Qaeda are both on the list, but the Taliban and the Peace Brigades, both groups that have killed scores of their fellow nationals and U.S. troops, are not listed. (Some of the Taliban’s subgroups are listed, as are other Iraqi Shiite militias that are similar to the Peace Brigades, formerly known as the Mahdi Army.)

In the United States, analysts and civil rights advocates have also wondered whether the terrorist designation could be used to prosecute Muslim Brotherhood sympathizers.

“Domestically, there’s a whole slew of Muslim American organizations, some of which have members, I’m sure, which are sympathetic to the Brotherhood [or] schooled in the Brotherhood,” said Nathan Brown, an expert on the organization and Egyptian politics at George Washington University.

Calls for Trump to “deport,” “annihilate” or “expel” the Muslim Brotherhood — along with a list of other organizations, CAIR in particular — have lit up social media in the weeks since the November election, and CAIR officials said their offices have been inundated with calls and emails warning them that their time is almost up.

“I think President Trump should expel every member of CAIR and the Muslim Brotherhood on day one. Send them back to their sandbox,” tweeted one person under the screen name “housecracka” who is followed by Flynn, as well as Cruz. (CAIR is an American organization).

Others hashtagged their warnings to the Brotherhood with #MSA for the Muslim Students’ Association, #ISNA for the Islamic Society of North America and #MPAC, the Muslim Public Affairs Council, too.

Cruz and Diaz-Balart’s bill has three co-sponsors in the Senate and 20 in the House, including the chairman of the House Homeland Security Committee, Rep. Michael McCaul (R-Tex.).

Three of Trump’s Cabinet nominees, including his picks for CIA director and attorney general, are previous co-sponsors of the bill.

Former House speaker and Trump adviser Newt Gingrich (R-Ga.) said he thinks that unlike Obama administration, the Trump administration will go ahead and designate the Muslim Brotherhood a terrorist organization, severing all diplomatic interaction and opening up the opportunity to go after people in the United States.

“My guess, and it is purely a guess, is that the administration would lean toward that designation because I think there’s a sense in large parts of the world that groups that are affiliated with [the Muslim Brotherhood] are terrorist organizations,” Gingrich said.

The formal label “would put pressure on the groups that have been willing to affiliate with the Brotherhood,” he added, naming CAIR as one such group. “It would certainly put them on the defense psychologically.

Abigail Hauslohner is a national reporter who covers Islam, Arab affairs and America. Before coming to Washington in 2015, she spent seven years covering war, politics and religion in the Middle East, and served as the Post’s Cairo bureau chief. She has also covered District politics and government. Follow @ahauslohner