Are you ready for our first ever NATIONAL CAMPAIGN?
Home / Campaigns / An Urgent Call to Support the Markazi Masjid in West Ham 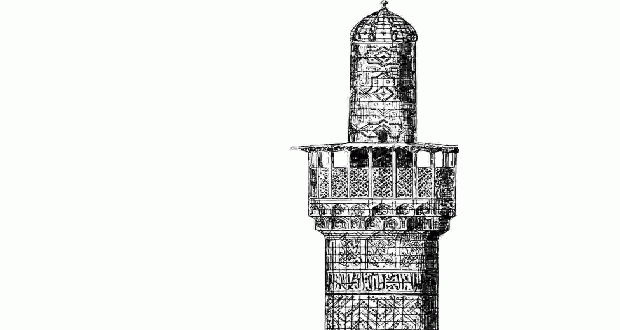 An Urgent Call to Support the Markazi Masjid in West Ham

The final decision regarding granting planning permission for the construction of the large mosque in West Ham will take place at Stratford Old Town Hall on Wednesday 5th December at 6:00pm. The people in charge of this project are planning for a support gathering outside the Town Hall starting at 5:15pm to show the community’s support for the mosque. They are trying to gather around 15,000 people in order to show great support for this project from every section of the Muslim community, including men, women, and children. Failing to support this mosque may lead to serious consequences for the Muslim community in Britain – it might act as a precedent for councils to reject the planning applications of other major mosques. Not only would it be a loss for the Muslim community in regards to establishing itself in the UK, but it would also serve as a victory for Islamophobic elements within society.

Irrespective of the group in charge of constructing this mosque and centre, it remains a mosque – a place for prostration and prayer. These places are the most beloved to Allah as declared in an authentic hadith as they are the places where monotheism is proclaimed enabling people to receive rays of guidance. This mosque will be a great Islamic symbol for the presence and establishment of Muslims in the international city of London. Establishing mosques is a major contributor to establishing Islam in any place. The first action carried out by the Prophet (peace be upon him) when arriving at Madinah was to establish the mosque. The mosque in Islam has a central role in a Muslim’s life; the Prophet (peace be upon him) would spend a great amount of time in it meeting with people, receiving foreign delegates, co-ordinating activities, and holding public gatherings to discuss matters of public concern. It is the hub of Muslim life.

Mosques are blessed premises where the words of the Creator are recited and taught. They are centres of mercy and peace for the whole of humanity. The act of establishing mosques is one of the best deeds; Allah says in the Quran,

‘The mosques of Allah shall be maintained only by those who believe in Allah and the Last Day; who perform salat, give zakat, and fear none but Allah. It is they who are expected to be on true guidance.’[1]

It is authentically reported that the Prophet (peace be upon him) said,

‘Whoever builds a mosque for the sake of Allah, seeking by it Allah’s grace, Allah will build for him a house like it in Paradise.’[2]

In contrast, Allah very harshly condemns those who prevent people from establishing the remembrance of Allah in mosques. Allah says in the Quran,

‘And who is a greater wrongdoer than one who forbids that Allah’s Name be glorified and mentioned much in Allah’s mosques and strives for their ruin? It was not fitting that such should themselves enter them except in fear. For them there is disgrace in this world, and they will have a great torment in the Hereafter.’[3]

Allah described the destruction of places where He is worshipped as an action of mischief and corruption. Allah says in the Quran,

‘For had it not been that Allah checks one set of people by means of another; monasteries, churches, synagogues, and mosques wherein the Name of Allah is mentioned much would surely have been pulled down.’[4]

Allah also commands us to help one another when doing righteous deeds by saying,

Based on these and other verses, I concluded some time ago that it was obligatory upon every Muslim who bears witness that Allah is the only God to be worshipped and Muhammad His final Messenger to aid the establishment of this mosque. I still believe this and this obligation is ever the more binding given the unprecedented challenges the Muslim community faces in Britain.

It is not acceptable for a Muslim in the UK (or elsewhere) to refrain from supporting a mosque that is known to need moral support, especially upon seeing many adversaries actively working to stop Muslims from preserving their identity and religion. I warn Muslims who are working and striving against the establishment of this mosque that they may in fact be aligning themselves with those who are classified as hindering people from the path of Allah, as He states in the Quran,

‘Verily! Those who disbelieve and hinder (people) from the Path of Allah, and from the Sacred Masjid (at Makkah) which We have made (open) to (all) men – the dweller in it and the visitor from the country are equal there (as regards its sanctity and pilgrimage) – and whoever inclines to evil actions therein or to do wrong, him We shall cause to taste a painful torment.’[6]

Action Items:
Make sure you contact Newham council by either post or email using the reference number:
12/00358/LTGOUT.

If you would prefer to contact the council in writing (which is preferred), please make your statement and be sure to include your name, address and application reference number, and post to:
Development Control,
Newham Dockside
1000 Dockside Road,

The London Borough of Newham will strongly consider the support afforded the project viewing it as important to deciding on the planning permission.
Also be sure you attend the support gathering that will take place next Wednesday at 5:15pm outside Stratford Old Town Hall, 29 The Broadway, Stratford, London, E15 4BQ (click here for map).
Spread the message around via all possible means and encourage all Muslims to attend including families and children to show that this is a community project rather than a small group project.
:Notes
Sources:www.islam21c.com
Islam21c requests all the readers of this article, and others, to share it on your facebook, twitter, and other platforms to further spread our efforts.
[1] 9:18
[2] Related by al-Bukhari and Muslim
[3] 2:114
[4] 22:40
[5] 5:2
[6] 22:25