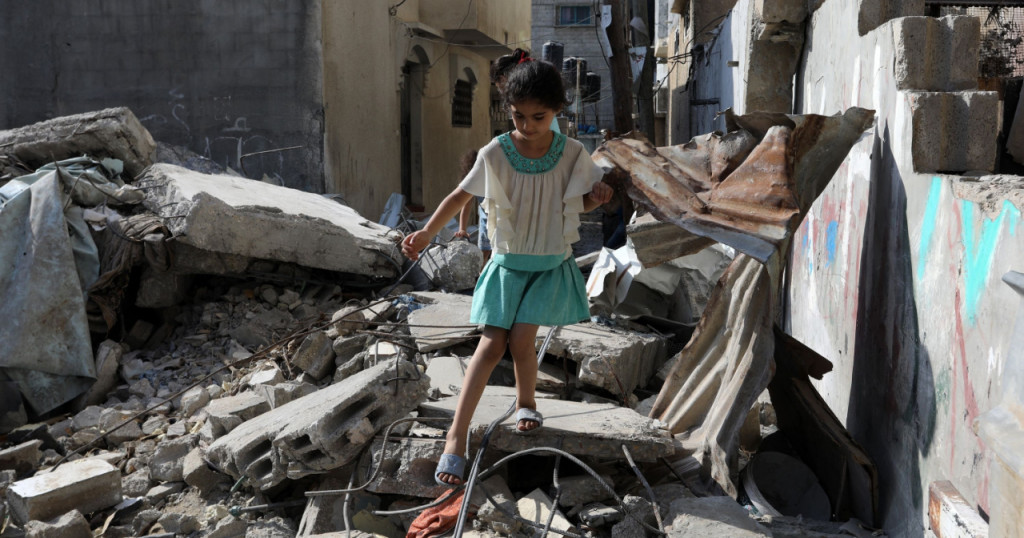 The besieged Gaza Strip has begun to experience its latest period of extreme suffering after the occupying Israeli military unleashed so-called “pre-emptive” raids on targeted locations around the isolated Palestinian enclave. Tragically, the attacks – which began last Friday and subsided on Sunday – have resulted in the needless deaths of at least 45, including 16 children. Moreover, it is reported that over 350 have sustained injuries. The charitable organisation One Ummah is on the ground and in need of urgent funds as it delivers critical aid to those impacted by the recent senseless attacks. [1]

Francesca Albanese, the UN special rapporteur on the situation of human rights in the Palestinian Territory occupied since 1967, told Al Jazeera that “the situation in Gaza is on the verge of a humanitarian crisis … The only way to secure the wellness of Palestinians wherever they are is to lift the siege and allow aid to enter.” Boldly stating that ‘Israel’’s latest actions against Gazans are “illegal”, Albanese has further argued, “Israel cannot claim that it’s defending itself in this conflict,” and that it is without justification for the Zionist state to claim that it has been “…defending itself from civilians since 1967.” [2]

While it attempts to frame its aggressive actions towards Gazans and more broadly, Palestinians, as self-defence, ‘Israel’ is very much isolated in the world stage. In the realm of art, fans and supporters of the British street artist Banksy are familiar with his stance concerning the Israeli blockade that has been in force since 2007; Banksy has himself visited on multiple occasions and left behind pieces of art that provide hope to ordinary Gazans who live in the knowledge that any day may bring havoc. One of the artist’s most iconic quotes regarding the Gaza Strip is that it is aptly described as an “open-air prison”. However, he has gone further by saying,

“Gaza is often described as ‘the world’s largest open-air prison’ because no one is allowed to enter or leave. But that seems a bit unfair to prisons – they don’t have their electricity and drinking water cut off randomly almost every day.” [3]

It is wholly accurate to use the term “open-air prison” to describe Gaza. Indeed, since 2007 the 365km2 enclave has had six of its seven border crossings with the rest of the world controlled by ‘Israel’. The only bit of respite is that the seventh crossing is manned by neighbouring Egypt and was reopened “indefinitely” in February of 2021. [4]

The depth of the humanitarian crisis is such the overwhelming majority of Gazans are in poverty. Stéphane Dujarric, Spokesman for the Secretary-General of UNICEF, recently wrote in a piece marking the 15th year of the blockade of the Gaza Strip,

To provide a few further harrowing statistics, it has been found that 97 per cent of Gaza’s water supply is undrinkable. In addition, the average amount of electricity provided to Gazans is 12 hours a day with regular power cuts in order to distribute the load. That is only the tip of the iceberg, however. There are over half a million people living in refugee camps, with four in five children reporting that they live with fear, grief, and depression. These feelings in turn often lead to self-harm. [6]

Now, as the isolated Strip attempts to rebuild and climb out of the rubble for the umpteenth time, the award-winning charity, One Ummah, has been on the ground, delivering crucial aid packages to families devastated by the recent bombardment. The organisation – which is specialised in providing disaster and humanitarian relief to over 15 countries around the globe – has an urgent appeal for support.

“A recent attack on Gaza has left 42 people dead including 15 children. Hundreds are injured and many thousands have been displaced. More than 2 million people are crammed into Gaza, one of the most densely populated cities on earth. The majority live under the poverty line and rely on your donations to survive. You can provide emergency aid and give them some relief today. The One Ummah team are working tirelessly on the ground to save as many lives as possible in Gaza.” [7]

At moments like this, when our fellow Muslim brethren are in need of the wider Muslim population’s backing, we must take action. Indeed, it is an Islamic obligation that we provide our support in whatever way possible.

If we are able, we should donate what little we can to directly support charities such as One Ummah, and if we are unable to donate, then the very least we can do is to share the reports and to stay abreast of the latest developments whilst persisting in du’ā (supplication). It is important to remember that even to simply condemn an evil act is in and of itself an act of worship.

“The parable of the believers in their affection, mercy, and compassion for each other is that of a body: when any limb aches, the whole body reacts with sleeplessness and fever.” [8]

With the support of Egyptian mediation, in addition to efforts by the United Nations and Qatar, a delicate truce was reached on Sunday evening between the Palestinian resistance and the Israeli military.

With this latest escalation in violence and what can suitably be described as bullying on an international scale, electricity outages caused Gazans to go without power for two days. Indeed, from midday last Saturday, the enclave’s power authority shut down its operations, as it had no diesel fuel to run its plant. Mohammed Thabet, spokesman for the electricity company, said, “The power plant in Gaza has stopped (working) due to the fuel shortage.” Having been starved of essential fuel supplies for 48 hours, diesel-laden trucks only began moving through the Beit Hanoun crossing on Monday. [9] [10]

Energy dependency on ‘Israel’ is an ongoing source of particularly acute challenges in the Gaza Strip; the latest round of bombings has poignantly shed light on the difficulties faced by Gazans. Indeed, as the territory is entirely reliant upon ‘Israel’ for its supply of utilities –including electricity, water, and telecommunications – its approximately 2.1 million-strong population has yet again witnessed not only homes, offices, and workshops smashed to smithereens, but also days without supplies needed for basic needs. Without fuel, the electricity company had warned that this “will affect all public utilities and crucial installations and exacerbate the humanitarian situation.” This is a key reason why providing regular support to charities including One Ummah is of the utmost importance. We may not be able to help in some ways (such as with addressing fuel shortages), but we can certainly help by consistently providing the funding required for medication, blankets, food packs, clothes, and winter packs to prepare for the looming cold season. [9] [11]

One Ummah is a UK charity providing vital support to Palestinians. They are actively on the ground distributing food packs, emergency aid, clothing, and medical kits. By clicking this link and donating, YOU can help save lives.