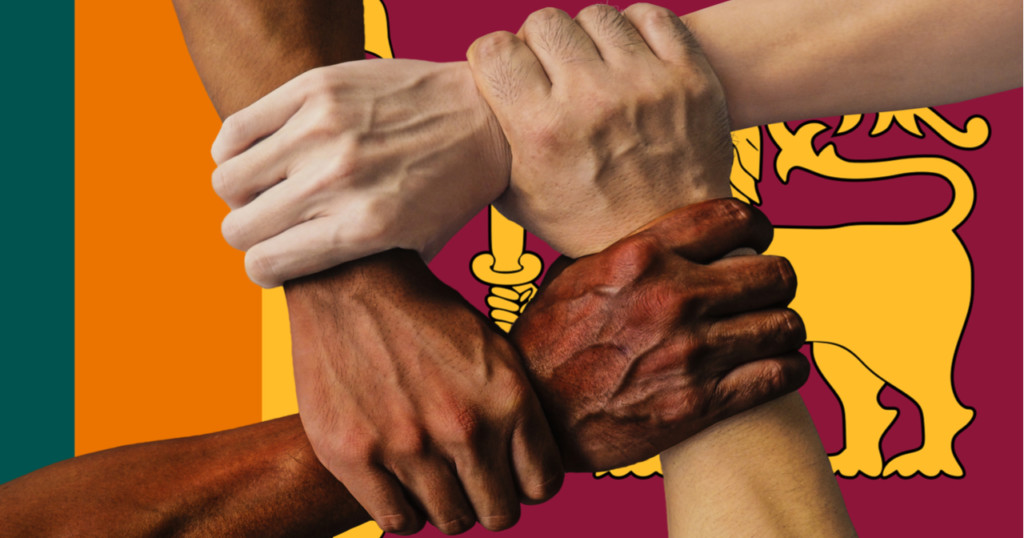 What happened in Sri Lanka on this black Easter Sunday, in a series of well-orchestrated and coordinated terror attacks on churches and other locations, is an unforgivable and brutal tragedy of catastrophic proportions. A deadly wave of suicide bombings ripped through many churches and few leading hotels in the capital Colombo, as well as in many other parts of the country, making, an otherwise serene, ‘Easter Sunday’ the darkest day in recent history. At least 290 people were reported killed, with 500 injured in this dastardly terror attack. The spate of senseless killings and terror attacks on innocent civilians, on a day when Christians were engaged in reflection and prayer, deserves severe condemnation by people of all faiths, which brought back ugly memories of the bloody chapter of an inhumane war which engulfed Sri Lanka for over three decades in its recent history. It is the height of depravity to target worshippers on their holiest days, proving that terrorists have no race or religion, and that perpetrators of these terror attacks speak for no one but themselves.

The Easter Sunday massacre was certainly a shocking tragedy. Sri Lanka appears to be heading towards another chapter of terror and violence after a period of relative peace and calmness since the end of a bloody war in 2009. However, what causes much concern and fear is that the potency of terror lies not in the act but in the aftermath. The act is death and destruction, horrendous in itself. The response is what gives it political traction. All that the terrorists want is the oxygen of publicity and for the nation to go berserk, declare emergencies, tear up freedoms, and organise attacks on the people at the grass-root levels who have nothing to do with the massacre, thus, creating mayhem in the already wounded nation by the scars of war. By capitulating to these desires, the country would vastly increase the power of terror – and the likelihood of imitation.

The government has imposed a state of emergency and a curfew to maintain law and order, as well as to prevent communal tensions, as there are fears that the Easter Sunday bombings could spark fresh sectarian violence. The state of emergency will grant police and the military extensive powers to detain and interrogate without court orders and was in force at various times during the civil war that raged from 1983 to 2009. As well as this, there are bans placed upon social media to prevent any dissemination of conspiracy theories and misinformation. Still, the government and intelligence services are being blamed for ignoring many prior warnings regarding preparations for an operation of this magnitude. One of the local militant groups immediately accused of orchestrating the massacre was National Thowheed Jama’ath (NTJ), which was reportedly warned of by local Muslims, according to a top Sri Lankan police officer.[1]

However, the more worrying aspect is rather the very nature, patterns, timing, planning, and execution of these despicable attacks. They clearly show tell-tale signs of a greater machination at work beyond mere cat’s paw involvement, aimed at creating further mayhem and disharmony among people who are recovering from the wounds of war and post-war communal violence. There are many factors which cause concern: the fact that many churches and members of one religious group were targeted; the manner in which the attacks had been orchestrated simultaneously across Sri Lanka (the level of ‘sophistication’ of which was not seen even in the days of the ruthless Tamil Tigers); and the targeting of leading tourist hotels in the capital. They bear the hallmarks of expertise and professionalism, perhaps with international affiliations and a vested political and economic agenda, rather than the work of ordinary lone wolves, psychopaths, or a small hate group; which raises much suspicion about the possibilities of many ‘outside’ interests.

In the backdrop of a history of anti-Muslim violent attacks by ‘extreme’ Buddhist hate groups in the recent past, Amarnath Amarasingam, a senior research fellow with the Institute for Strategic Dialogue, tweeted:

3. The attacks targeted churches as well as major tourist hotels in the capital, which were having Easter buffets and so on.

This signals some coordination and planning by foreign groups. I think. I want to be careful here. But I don’t see how this is *just* a local group.

The government has, thus, sought foreign assistance to trace the bombers’ international links.

‘Terrorism’ is far from a new phenomenon – neither in Sri Lanka nor elsewhere in the world. ‘Terrorism’ is nothing but the random murder of defenceless non-combatants, with the intent of instilling fear of mortal danger amidst a civilian population as a strategy designed to advance political ends. A philosopher Ted Honderich, in his controversial book ‘After the Terror’, says, “their (victims) deaths were not the first intention of their killers, but necessary in the carrying out of another intention, a justified one. Their very first intention may indeed be, achieving their political ends.”[2] Thus, there is no doubt that terrorism, as Honderich suggests, is a subset of politically motivated violence that falls short of conventional war, and is both internationally illegal and, to say the least, morally questionable. It is, therefore, not possible to discount the possibility of political scheming too in carrying out this despicable Easter Sunday massacre, in order to gain narrow political ends and stay in power, especially when talks of another round of elections are in the air.

In the backdrop of these untoward developments, Muslims of Sri Lanka, who have also been regular victims of terror in the post-war period, are now in a renewed state of fear and insecurity. With media sensationalism playing both locally and globally—borrowing ideas from a powerful Islamophobia industry—the emerging situation shows signs of a social volcano waiting to erupt. It is too early to find out the intricate details of what led to this shameful chapter in the history of this Island, the Pearl of the Indian Ocean. However, in this confusing scenario, the peaceful mainstream Muslims now wake up to the reality that it is imperative, even belatedly, that they stand up to and confront the evil of a small fringe group amongst them. For the moment, both Muslims in Sri Lanka, as well as Muslim diaspora groups worldwide, are expressing their solidarity and offering support with their grieving Christian neighbours and other victims of this tragedy. This is undoubtedly the most challenging chapter in Sri Lanka’s recent history, and there is now an increase of public activism Sri Lanka, which asks the country’s political and religious leaders to follow the example of New Zealand Prime Minster Arden, whose calmness, compassion, and tough leadership style were praised by observers in the wake of the worst mass killing in her country’s modern history.

Something must also be said about the stark contrast between the global reaction to the destruction of symbols of European Christianity in the form of the Notre Dame fire and the destruction of non-European dark-skinned Christian bodies and lives. Let this be food for thought.

Sri Lanka will have to figure out how to move forward so that events like this one do not recur. Things like ‘terrorism’ are complex issues of our time, and as other countries around the world have seen, they lack clear solutions: gun bans do not end violence; cracking down on social media does little to deter racism or hatred, and stigmatisation and demonising communities do not work. On the contrary, it is a concerted plan of action and public activism, across racial or religious divides, that is needed. They will do the right things: avoid emotional outbursts, ensure people are alert to the evil elements amongst them, expose this evil, and forge unity among people to confront it, all whilst ensuring common values of humanity are protected at all costs. For the mainstream Muslims of Sri Lanka showing solidarity and resoluteness in healing the scars of the wounded nation, the foremost challenge is to project the real message of Islām in the public domain, confronting false propaganda media narratives from the clutches of radical and ‘extremist’ elements.  As Muiz Bukhary, a well-known Sri Lankan scholar, says: “we need to work hard to put things right”.[3]