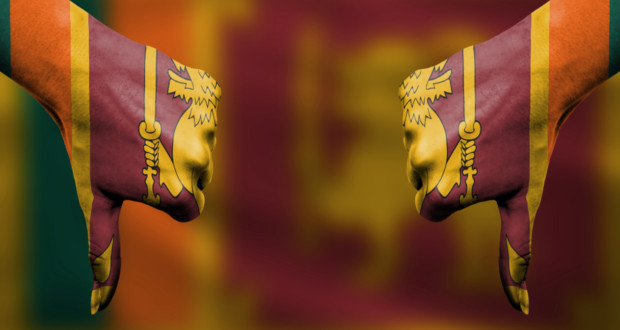 Muslims in Sri Lanka are Under Siege

Akin to America’s 9/11, Sri Lanka’s 21/04 – the black Easter Sunday where a spate of despicable terror attacks targeted some churches and high-end hotels by an ‘extremist’ group – has become the latest watershed which would hereafter divide this island nation’s post-independence period. It was a game changer – the day that has virtually changed every aspect of life in this Paradise Isle, particularly for the Muslims. It has been a national tragedy, where harassment, discrimination and a well-orchestrated hate campaign has been taking shape in the public domain, demonising and alienating Muslims by exploiting the strong emotions behind the flowing tears shed by a grieving nation, forcing the community into a ‘deer in the headlights’ and besieged mentality. Another disaster indeed in the making – perhaps, much worse!

It is an irony that the Muslims of Sri Lanka, who gave crucial support to gain Independence in 1948 as well as to end the ruthless Tiger terror in 2009, are now being tar-brushed as ‘extremist’ and asked to assume collective guilt for this Easter tragedy. It is also an irony that the mainstream opinion has been strongly gravitating towards alienating the Muslim community from the public space on this count when there is clear evidence regarding the failure and culpability of the State and its Intelligence arm. According to the evidence, the State and its Intelligence arm ignored many repeated warnings about the impending Easter attacks, both from foreign governments and from within the Muslim community itself. [1]

Thus, in the backdrop of a near ‘free-for-all’ post-tragedy environment, there has been a rise in unbridled hate speech both in the mainstream as well as social media, the sharing of fake stories, canards often borrowed from the global Islamophobia platforms, and the usual quoting of Qur’anic verses out of context. An unofficial boycott of Muslim businesses was also mooted through social media. Muslim women in their Islamic attire are the most affected, being insulted and denied entry to hospitals, government offices, and schools. ‘Media terrorism’ has made the entire Muslim community suspects in the eyes of the wider society, making them feel unsafe and insecure all over the country.

Thus, in this context and in the backdrop of Sri Lanka’s pogrom-filled history, [2] the spate of anti-Muslim hate attacks in many areas in the North-western Province, which followed two weeks after the tragic Easter Sunday attack wrecking the Muslim psyche, should not simply be viewed as direct retaliation for the bombings. The violence follows past patterns of racist attacks against Muslims in 2014 and 2018, driven by opportunism, as well as past prejudices among Sinhalese Buddhists that Muslims are economically better off, and the desire to “teach Muslims a lesson.” This would also explain the pattern of state security personnel failing to act decisively on warnings of mob violence, their lack of adequate forces being allocated to control the mobs, and even their complicity in some cases. [3]

Impunity has been a major crisis in Sri Lanka. Rule of law and principles of justice have been flouted both by the government and the law enforcement authorities. None of those who were responsible for instigating and leading various pogroms – such as the anti-Tamil pogrom, also known as ‘Black July’, in 1983; the anti-Muslim mini-pogroms in Dharga Town, Aluthgama in 2014, in Ampara and in Digana Kandy in 2018 – were actually prosecuted. In fact, an ICJ report titled ‘The Crisis of Impunity in Sri Lanka’ (2012) said that, in Sri Lanka, “impunity has over the years become institutionalized and systematized; mechanisms to hold state actors to account for their actions have been eroded; checks on the arbitrary use of power have been diluted, if not dissolved.” [4] It is not just Muslims and Tamils who have been targeted; even the Sinhalese Christians were targeted in the past by Sinhala Buddhist extremist groups, with many attacks on their churches on record, but no action was taken.

Muslims were particularly targeted with arbitrary arrests. Of 2,289 people arrested for the Easter Sunday attacks, 1,820 were Muslims, and most were on trivial charges. For example, an elderly man was arrested for having a Qur’anic verse, and a pregnant lady was arrested for wanting to vomit. [5] Furthermore, a 47-year-old grandmother was arrested and held under the ICCPR Act without bail, on a flimsy charge of wearing a dress with a picture of a ship steering wheel. This steering wheel looked similar to a ‘Darmachakra’ – a symbol of the Buddhist faith – and thus, insulted Buddhism. [5] This was a blatant abuse of the ICCPR Act and a violation of the same fundamental rights that this Act was intended to protect, as per Human Rights Lawyer J.C. Weliamuna. [6]

What is, thus, worrying in this backdrop has been that the State and the law enforcement authorities appear to be complicit in, and fail to prevent, this dangerous process of marginalisation and demonisation of the Muslim community. They appear to turn a blind eye to the wider machinations at play, in order to put their security and safety at risk and, by failing to decisively act upon and prevent the increasing level of harassment, discrimination and gross human rights violations. By default, Muslims were portrayed as part of the problem, rather than taken into confidence to be part of the solution, as rationale dictates.

The Human Rights Commission of Sri Lanka has, on many occasions, strongly criticised the on-going harassment of and discrimination against Muslims, and has even called for decisive measures to safeguard everyone’s rights with cultural and religious sensitivity, which to-date have by and large fallen on deaf ears. [7] [8] [9] [10] [11] [12] [13] [14] Furthermore,  the UN Special Adviser on the Prevention of Genocide, [15] the Delegation of the European Union (EU), [16] and Organisation of Islamic Cooperation (OIC), [17] issued strongly worded statements expressing extreme concern about the hate attacks, harassment, and  political and religious pressure being directed at Sri Lanka’s Muslim community. They stated that these attacks were in violation of the obligations under the international law and undermined peace and reconciliation in the country, citing that prejudiced and unsubstantiated allegations that are repeatedly published by media serve only to fuel intolerance.

Within the two months after Sri Lanka was terrorised, analysis of this tragedy has gone from a simplified narrative of being just the end-result of Muslim-perpetuated ‘extremism’, to be viewed through a lens of a dynamic interplay of an international adventurist and domestic political forces. The Sri Lankan government should, therefore, protect the country’s Muslims against the increasing Islamophobic backlashes after Easter Sunday and decisively act against impunity, serving as an effective bulwark against ‘extremism’ and ‘terrorism’ and thus, would prevent a  climate where Muslim grievances will be exploited by criminal groups to recruit their foot soldiers. Otherwise, there is a volcano waiting to explode – one which would be more disastrous to this wounded nation than the Easter Sunday tragedy.

Previous: UK: MP calls for investigation into death of Mohamed Morsi
Next: In Support of Imām Abdullah Patel