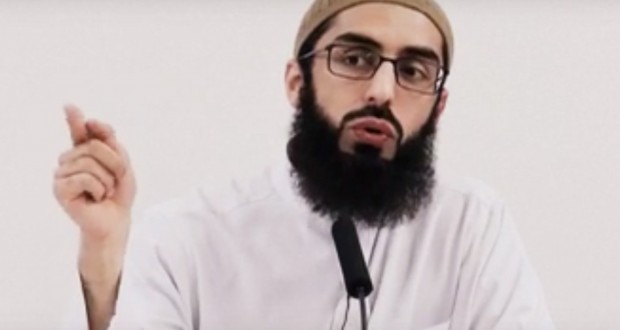 Two years ago a spy was caught going around our mosque in Wales. He had been filming secretly, harassing young boys with very personal questions and scaring them, and he tried to entrap everyday Muslims, among other things. Due to his behaviour, he was asked to leave the mosque many times; however, it later transpired that he was collecting “evidence” to cut and paste together to make a film to somehow, anyhow, connect the Muslim community there to ISIS – or something equally ridiculous.

Luckily, the production company then showed some integrity and told this poor, failed attempt at a journalist, that he had absolutely nothing newsworthy—only a few statements read from mainstream classical Islamic books taken wildly out of context. I am aware of this because the production company had the courtesy to contact me at the time and, after I had provided them with a response to the allegations they put to me, they decided to abandon the documentary altogether. They realised that only the most disgraceful media corporations would risk their reputation publishing such organised and obvious defamation, or indeed risk bearing the legal repercussions. Two years later, it seems the spy finally gave up and went to the Daily Mail.

The Daily Mail knows very well that they can put the requisite legal disclaimers buried in the text somewhere. So what did they do with the failed spy’s handiwork? Although the Daily Mail rarely deserves a scientific rebuttal, there is an important, insidious deception that has to be corrected, lest a non-idiot fall for the carefully crafted con.

So what did the Daily Mail do?

The Daily Mail took a short clip of me in a lecture reading Imam Ibn Hajar’s commentary on the prophetic ‘narration of Jibril’—a narration known to pretty much all Muslims verbatim, and arguably the second most famous narration in all of Islam’s collections. The part of the narration we were talking about was one of the Signs of the Hour: “the slave girl will give birth to her master,” along with commentary from mainstream, orthodox scholars such as Ibn Hajar, al-Qurtubi, al-Maaziri, Ibn Rajab al-Hanbali, and indeed too many to mention, all discussing various interpretations put forward. This detailed and nuanced discussion was, of course, largely ignored, and a purposely decontextualized snippet of me mentioning a well-known ruling in Islam and other major world religions—that has never been disputed by any credible Muslim reference across the globe—which stated that in principle, should consummation take place after mutual consent and absence of coercion with a female captive, neither of the two parties are considered blameworthy, just as a married couple who engage in conjugal relations are not considered, according to Islamic law, as adulterers or blameworthy.

It is important to note that this discussion nowadays in Islam has more of an academic value than a practical one in an age where the international consensus is on the prohibition of slavery. After all, every Muslim country is a signatory to laws and conventions against slavery, and violations are treated as serious crimes. Addressing it is essential otherwise we leave it for the likes of ISIS (and Islamophobes) to disseminate their skewed narrative.

The topic was only glanced over in the talk whilst quoting classical jurisprudential text and the context applicability of this was clear to the audience.  The idea of there being sex slaves in Islam is entirely fictional and non-existent. It is a concocted, defamatory claim created by the money-making media machine. As you can imagine, however, all of the nuance was ignored, and the usage of the term ‘slave’ and ‘sex’ in the same sentence was cherry-picked and spun to seem as if I am calling people towards the un-Islamic practice of ‘sex slavery’.

I have specifically spoke out against ISIS’s abhorrent act of enslaving Yazidi girls.  On 11 November 2015, I attended a Cardiff public hearing for the Commission on Islam, Participation & Public Life at Cardiff University which was organised by Citizens UK. During the course of my contribution at this event I stated the following:

“… in recent years, there were some youth from Cardiff and other cities across the UK who decided to leave the UK and to fight with the condemned group known as ISIS… the Centre is being explicitly and implicitly reported as having radicalised these youth. This allegation we have ardently refuted time and time […] Also we ourselves have challenged the barbaric, vicious ideologies and actions of this so called Islamic State whether it is the recent taking of the Yazidi women and selling them off as slaves in slave markets and to the rest of these abhorrent abominations”.[1]

It is unequivocally clear therefore that I do not approve of sex slaves and consider it to be an abhorrent abomination.

“Tyranny is the deliberate removal of nuance”

Had they paid attention, asked for or simply anticipated clarification like the rest of the attendees of the class who had done so throughout the 96 weeks of teaching, they would have learnt that the description of “slaves” in the Western sense is a million miles away from the Islamic notion, in the context in which  it was applicable in historical periods.

For example, the captive was only to be captured in a battle; the captive had the choice to free themselves in a Kitaba contract (which the state must facilitate) or remain under someone else’s protection; harming him or her even by a simple slap, let alone sexual violence, causes them to be set free; and so on. But, did the Daily Mail desire to genuinely present mainstream Islam or merely smear it using the oldest trick in the bigot’s book? I think any reasonable person will agree that if someone in the Daily Mail cannot tell the difference between sexual intimacy between two consenting people and what is effectively rape it is not fitting to force that conflation upon everyone else.

A presentation on the Islamic historical and legal notion of captives of war and “slaves” is found here.[2]

But why does the Daily Mail go to such great lengths to pull a story out of thin air? This revealing quote from the failed spy is perhaps the most insidious part of the whole debacle:

‘It reinforces the idea that what these militant groups are doing, what IS is doing, is legitimised by history.’

He let slip that his desire is essentially the same as that of ISIS: to decontextualize mainstream Islamic jurisprudence in order to somehow create the impression that ISIS—who have been roundly refuted by all orthodox Muslims—is somehow acting according to orthodox Islamic principles or are purportedly a legal re-emergence of the Islamic State that existed in centuries past. Just as ISIS would butcher such historical Islamic rulings, removing nuance in order to justify a unilateral slavery of women without their consent or protection, it appears so too does the Daily Mail.

They then try and cover their tracks—it is not all Muslims we hate, this one in particular is just an extreme one, not like the rest. This is despite the basis for the attack being a clip of me reading one of the most ubiquitous and widely-accepted scholarly Islamic works on earth, and I add, an interpretation recorded and supported by the majority of classical Muslim Scholars. In spite of me favouring the minority opinion that the prophecy was in reference to the predicted mistreatment of parents, they furnished their attempt at painting me as some kind of pariah with quotes from an unknown ‘good Muslim’ condemning the ‘bad Muslim’. I thank them for informing me that I am apparently hated throughout Wales. The countless and continuous invitations to speak in mosques all over the country, to speak with journalists including those from News of the World, and even police forces during the past few years had fooled me into thinking otherwise.

If there is no link with ISIS, just make one up

My suspicions about the purpose of the made-up accusations being to somehow insidiously link orthodox Muslims to ISIS were unfortunately confirmed in the article. The Daily Mail crammed as much irrelevant imagery and mention of ISIS as possible, thinking that their readers would be ignorant enough to make some kind of connection between ISIS and myself. Regrettably, judging by some of the comments, it seems they were right with respect to some of their readership.

They mention the fact that certain individuals who went and joined ISIS visited the centre and school that I used to volunteer at. However, this is wholly false as we understand that Mr Khan did not attend Cathays High School and it would seem from an article from the BBC entitled ‘Cardiff jihadist Reyaad Khan, 21, killed by RAF drone’ dated 7 September 2015, that he attended the Cantonian High School.[3]

To their credit, they did mention, in a watered down understatement, that I have refuted ISIS. But facts don’t really matter, especially if they are sandwiched in the small print between big, angry slogans and pictures, explicitly painting lies which they will probably end up apologising for in small print somewhere that no one will read, once the damage has already been done, as usual.

The Muslim community, as well as pretty much every minority community, knows the Daily Mail methodology very well. They wish to create invisible and imaginary links in the minds of the ill-informed in our society, hoping they were careful enough not to get sued for libel and defamation. It is part of the brainwashing of the dispossessed and angry racists who are being sensitised to take offence and outrage at anything a person from a minority does, and whom they are taught to blame for all their problems.

The lecture in question would have lasted approximately one hour in length whereas the segment of the lecture that is being scrutinised and misrepresented lasts no more than 56 seconds and it therefore goes without saying that the snippet has been decontextualized from the message and purpose of the overall lecture itself. It is inconceivable to believe that anyone attending would have taken from the lecture the message that the Daily Mail is seeking to portray, namely that ISIS’s enslaving of Yazidi girls is permissible and/or praiseworthy. Moreover, the familiarity with the nature of my lectures, in which I have expended much time speaking out against the evils of ISIS, makes it clear that what the Daily Mail is seeking to attribute to my words would not have been understood as so by the attendees of 96 weeks’ worth of classes. It is clear that an ordinary person, not an enthusiast for scandal and mischief, would not read into the words spoken as the Daily Mail has done.

I would like to reiterate that not all media outlets are the same. I commend all of the news channels and production companies that refused to run such an outrageous and deliberately malicious disinformation campaign over the last two years. And, as a result, I feel proud that the only paper in the British press low enough to stoop to such a level was the Daily Mail. It is an honour to be smeared by the same paper that allied itself with Adolf Hitler in its smearing of Jews during the Holocaust. I just hope that we all realise the parallels before it is too late.