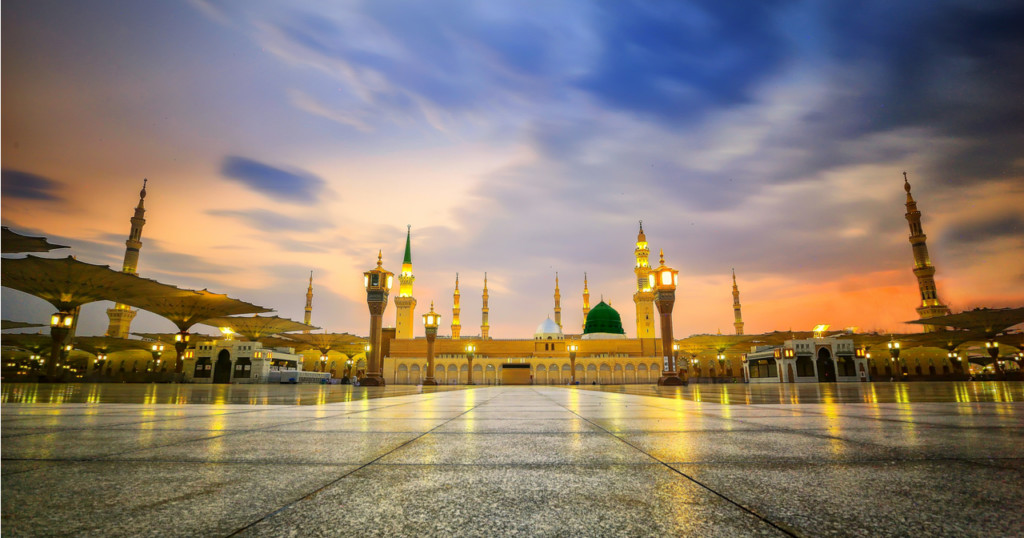 All praise is to Allāh, and Salutations and prayers are upon the Messenger of Allāh (sall Allāhu ʿalayhī wa sallam)

The month of Rabīʿ al-Awwal each year brings with it the ancient argument surrounding celebrating the birthday (Mawlid or Mīlād) of the Prophet (sall Allāhu ʿalayhī wa sallam); whether it is a blameworthy innovation or a permissible practice.

As is normally the case with many of these disputes, one group or another will likely consider it a core creedal issue; thus moving the argument from the realms of politely mannered academic discussions, into the realms of conflict and dispute, causing disunity among the ummah. Furthermore, this inevitably leads to creedal allegiances being forged upon the results of these disputes and conflicts, often spilling over from the theological into the sectarian and political realms. And so, the issue of the Mawlid has become, for many, a pivotal defining point for declaring walā and barāʿa—of allegiance and disavowal.

This state of affairs is despite the fact that Allāh, the Exalted, has made “Islām” in its wider context itself His desired axis or criterion of defining ones allegiance to others. He, glorified is He, divided people essentially into two clear camps without mention of any third:

“The believing men and believing women are allies of one another. They enjoin what is right and forbid what is wrong; they establish prayer and give zakāh, and they obey Allāh and His Messenger. Those—Allāh will have mercy upon them. Indeed, Allāh is Exalted in Might and Wise.”[1]

And He, the Exalted, said:

It is upon this point that we should ponder and perhaps question: is it not the right of this ummah which is going through this current phase of distress and hardship—a phase of danger, the like of which it has not seen throughout its history—to ask what the benefits are of such disputes and what consequences will arise due to these disputes? Is it not the right of this ummah to question the scholars and propagators of each party involved in these disputes and conflicts, what they view as being the priorities and issues to be addressed in this time and phase we are currently experiencing?

Is it not a matter of political and theological stupidity—if it is indeed correct to make a difference between the two—that some of those who are pro-Mawlid should feel that Shīʿism, for example, is closer to them than other Sunnis who happen to disagree with them on the Mawlid? Is it not from the same species of stupidity that some of those who are against the celebration of the Mawlid are so harsh and furious in their rebuttals that it pushes the pro-Mawlid camp towards the ranks of the enemies of Ahl al-Sunna in general?

Indeed, it goes against the Sharīʿa itself that the envious enemies of Islām, who plot against both disputing camps, are left to use this issue of difference as a ladder to climb over the ummah, all the while infuriating both camps and inflating the balloon of conflict even further. At times these enemies will speak in the name of the so-called “Sufis”, and at times in the name of the so-called “Salafis”; snatching the reigns of leadership from both camps and then steering these disputes and conflicts for the benefit of the enemies of Islām.

Without a doubt, both Islamic legislation and sound intellect confirms that that which both the Mawlid celebrators and non-celebrators agree upon is far greater, broader, and more important than that which they disagree upon. For all camps love and venerate the Prophet (sall Allāhu ʿalayhī wa sallam) and Allāh, the Exalted, and all parties are free and far from intending to transgress the rights of Allāh and His Messenger. They simply disagree on the means of showing their love and adoration to the Prophet (sall Allāhu ʿalayhī wa sallam) and his Sunna, and the boundaries and criteria allowed for expressing their love. So why, then, do we not look to the greatness of that which we agree upon and look at how small and relatively minor the things we disagree upon are?

Dear Muslims, the “Sufis” are not one single group, nor of one type, nor are they of one level, and the same is to be said of the “Salafis”, for you will find in each group—and others—those who are pious, rigorous worshippers; ascetics who have cut off the dunyā from their hearts; bearers of good manners and high standards of etiquettes; those who are passionate and enthusiastic about their Dīn, who would love to have a united ummah and are in fact working towards that. But you also have those who are perhaps the exact opposite within different groups.

Unity and cooperation among different groups is far from impossible. In fact, we are today witnessing a very strange allegiance in some places in the world, between a group who have costumed themselves with the outward attire of the “Sufis”, and those who outwardly claim to be from the “Salafis”, sadly for an evil intent. The reason for this apparently paradoxical allegiance is that the two groups have come together despite their differences under the umbrella of some systems of power in order to fight so-called “political Islām”, which they may refer to under a variety of pejoratives, from “political Islamism” all the way to outright “extremism”. How is it possible that a “Sufi” and a “Salafi” become allies here? Indeed, it is for their own perceived political benefits and interests in maintaining an oppressive and unrepresentative status quo across much of the world.

Are the people of truth, who desire to see an empowered ummah and the glorification of Allāh, therefore not more befitting that they should unite with one another?

I have no doubt that the sincere from each party, especially those attributed to true Sufism—those who are free of childish arguing, sectarianism and seeking power—will agree that some of the things which take place at some of the celebrations for the Mawlid are to be rejected both generally and some in particular detail. Things that may occur in some celebrations such as the elements of shirk—which are agreed upon—and the elements of excessiveness and extravagance—which are agreed upon—and those amusements which disgrace Islām and its adherents, are from those things which should be—and have been—rejected. Why, then, do we not come to agree that these should be the main focal point of all parties, being regardful of our current state, as these things are in direct conflict with the Sharīʿa according to all parties, with no room for misinterpretation.

Even if, after all, you are insistent at positioning yourselves as opponents, at least consider that strategies of warfare between enemies require often resorting to truces, agreements and working for mutual interests. Muslim opponents should realise that what they experience between each other is far less than the levels of hostility shown between belligerents who often have to work together for common goals.

My dear respected brothers and sisters, we are in need of a complete project for the revival of the ummah, and it is not possible for any nation to revive itself if it is busy squabbling amongst itself, disunited. Allāh, the Exalted, says:

“And obey Allāh and His Messenger, and do not dispute and [thus] lose courage and [then] your strength would depart; and be patient. Indeed, Allāh is with the patient.”[4]

Some of these differences that we are always discussing have remained within our ummah for centuries and they will not be removed with ease, so let us overlook them for the sake of fulfilling one of the great aims of the Sharīʿa—the centrality and glorification of Allāh and His guidance, for the flourishing once again of creatures on this earth and the next life.

And so, let us begin by joining the ranks of those who fall under the inclusive, broader understanding of the banner of Ahl al-Sunna wal-Jamāʿa—the people of the Prophetic way and community. With one condition: that they wish to be from those who act in order to be a part of the greater, worldwide Islamic project, which is to facilitate that the Word of Allāh is given its due right. And let us rather rearrange the map of conflict to be based upon this understanding.

And Allāh is the Granter of Success

[3] The complete hadith is found in Sahīh al-Bukhārī