#STAND4UYGHURS
Home / Featured / The Different Types of Prayer at Night 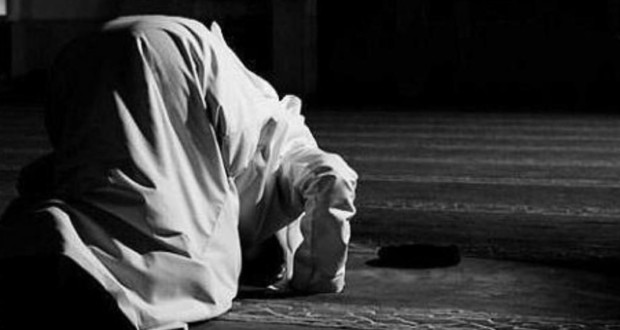 The Different Types of Prayer at Night

The virtues of praying in the night are great and the Sharīʿa has greatly encouraged the Muslim to spend some of the night in vigil prayer and on a regular basis.[1]

Allāh (subḥānahu wa taʿālā) mentions in one passage of the Qur’ān,[2] whilst discussing the true believers,

“They arise from [their] beds; they supplicate their Lord in fear and aspiration, and from what We have provided them, they spend. And no soul knows what has been hidden for them of comfort for eyes as reward for what they used to do.”

“Be keen on night prayer as it is the habit of the righteous, it’s your mean of proximity to your Lord, expiation of sins and a barrier against sinning.”[3]

The types of prayer in the night

Although Islamically the night begins as the sun sets (and the new day starts) the voluntary night prayers begin after the last obligatory prayer has been fulfilled (Salāh Al-ʿIshā’).

Qiyām Al-Layl is an umbrella term that all the night prayers come under and there are four main types of evening voluntary prayer:

The Tarāwīḥ prayers are the only night prayers that are limited to a certain time of the Islamic calendar and that is in the blessed month of Ramaḍān. Its start time is after the ʿIshā’ prayer is completed and is preferred by many scholars to be done in congregation.[4] Most of the scholars have preferred the prayer to be made up of 20 or 36 cycles and they agree that it is the Tarāwīḥ prayer that is being referred to when the Prophet (sall Allāhu ʿalayhi wa sallam) said:

It is highly recommended that if one starts to pray in congregation with an Imām that they complete what he decides to pray, for the Prophet (sall Allāhu ʿalayhi wa sallam) related that he is rewarded the full nights worth of prayer by doing so.[9]

One who decides to pray in the night any number of cycles is praying Nafl Al-Mutlaq (often called Al-Qiyām) and the only difference between this and the Tahajjud is that the Tahajjud prayer is only considered so if one wakes up from their sleep to perform it.

The Nafl in the night has no limit as to how many one wants to pray – some of the great scholars and pious predecessors prayed a great number of cycles during the night and some of them completed great amounts of reading, prostrations and bowings. The Prophet (sall Allāhu ʿalayhi wa sallam) also alluded to completing many prostrations by advising Rabī b. Kab (raḍiy Allāhu ʿanhu) to help his path to paradise with many prostrations.[10]

The Prophet (sall Allāhu ʿalayhi wa sallam) famously mentions in a hadith that,

“The best of prayer after the obligatory prayers is night prayer.”[11]

The Tahajjud prayer is highly rewarded due to the extra effort it requires from the believer. It requires them to break the enjoyment of their sleep to enter in conversation with their Lord at a time when everyone else is not thinking about Him (subḥānahu wa taʿālā).

The Tahajjud is highly rewardable at any point of the night however and whenever it is prayed but, due to various narrations, it has a few preferred times depending on how we divide up the evening:

Much like the Nafl Al-Mutlaq, there is no limit on how many prayers one might engage in. In some reports, the Prophet (sall Allāhu ʿalayhi wa sallam) was said to have prayed a maximum of eight cycles and then do his Witr.

It is also recommended to keep the prayers in cycles of two rather then four as with every cycle of two there are additional actions (such as the taslīm, the tashahud and the takbīr) thus leading to a greater amount of reward.

If one regularly prays in the night, be it by getting up or praying a few cycles after the ʿIshā’ prayer, and for some reason is to miss it one night, they are advised to pray it the following day.

The Witr prayer is considered one of the greatest sunnah acts and some of the scholars even felt that its status was obligatory.[13] It is recommended that it be the last prayer that is prayed in the evening, and if one was to miss it for whatever reason, they should make it up the following day.

There are many ways to pray the Witr: the minimum is one Rakaʿ with a Tashahud and a Taslīm.[14] The maximum number of Rakʿas (and also considered the best form to pray) is eleven made up of five separate double-cycles and then a single Rakaʿ at the end to make the prayer odd.

However, with the Witr prayer, you can do any number of odd Rakʿas, the most common being three either with two Taslīms (i.e. A two cycle prayer and then a separate one Rakaʿ afterwards) or three connected Rakʿas with one Taslīm at the end (and you can choose to have two Tashahud or one at the very end).

The Witr and Tarāwīḥ

A common question asked is regarding praying more than one Witr in the evening[15] – especially during the month of Ramaḍn when the Imām might lead the congregation in Witr after completing the Tarāwīḥ prayers and one might want to return home and pray some extra prayers and want to end the night with the Witr prayer.

If one is planning to go home and pray some more night prayers, then the best option is to pray with the Imām the Witr, however intending to complete an extra cycle once the Imām completes the prayer. Then after they complete their own night prayers, they can make the Witr their last prayer.

They can also pray the Witr with the Imām and then come home and pray extra and simply not make the Witr their last prayer of the evening (as they have already prayed it). However, some scholars disliked this option.

The final option is that they do not enter the Witr prayer with the Imām, however, they miss the chance of great reward by doing this as mentioned in the ḥadīth previously and therefore, this is seen as the worst of the options.

If one had prayed the Witr with the Imām not initially having the intention to pray anymore, and then changed their mind later on then they also have a few options.

The best is to simply pray the additional night prayer and not worry about the Witr as they have already prayed it.

They are also allowed to untie the Witr that they have prayed by praying a single prayer on its own to make the Witr they had prayed a complete double-cycle, and then complete another Witr at the end of the evening – however, this is not as preferred as the first option and regarded weak by some of the scholars.

[7] Imam Al-Shirbini Al-Khateeb (ra) mentions that there is agreement amongst the scholars on this point.

[9] “Whoever prays Qiyām with the Imām until he finishes, Allāh (subḥānahu wa taʿālā) will record it as if he prayed the whole night” – Al-Nisā’i

[14] According to the Hanafi school, the Witr has to be made up of three Rakas.