What do we learn from the latest ISIS speech? 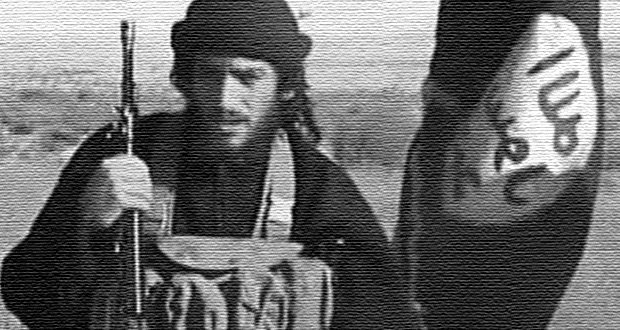 ISIS spokesman Abu Muhammad Adnani released a statement yesterday that Muslims around the world should thank him for because he made things crystal clear for anyone with eyes to see. Before we begin, it has to be made clear that Adnani is ISIS leader Abu Bakr Baghdadi’s spokesman and cannot be considered as “just another” ISIS member.  Therefore it is only reasonable to assume that Adnani’s statements are in fact Baghdadi’s.  With that in mind here are three brief points Adnani made clear in his statement and thus gifted the Muslims with around the world.

In Adnani’s statement he mentioned the following:

If you can kill a disbelieving American or European – especially the spiteful and filthy French – or an Australian, or a Canadian, or any other disbeliever from the disbelievers waging war, including the citizens of the countries that entered into a coalition against the Islamic State, then rely upon Allāh, kill him in any manner or way however it may be.  Do not ask for anyone’s advice and do not seek anyone’s verdict.  Kill the disbeliever whether he is civilian or military, for they have the same ruling.

What did we learn from this?  This article will not be a theological discussion on the permissibility or impermissibility of this type of order. I do not believe his statement has entered the realm of Islamic reality to merit such a response.  So I will limit the analysis to something else at this time.  Let us say that individual Muslims in non-Muslim countries begin to carry out Baghdadi’s orders, suddenly and arbitrarily attacking  individuals, “spit in the faces of ordinary citizens” as Adnani instructed Muslims, or other such actions.  What exactly would be the response to this?

Is it reasonable to assume that non-Muslim citizens of the US, Canada and France would simply turn away, impassive and unaffected? Is it reasonable that they would simply stand by and watch as Adnani stated Muslims in the West should, even to civilians: “Smash his head with a rock, or slaughter him with a knife, or run him over with your car, or throw him down from a high place, or choke him, or poison him.”  It is entirely unreasonable and implausible that a non-Muslim would not mind seeing their countrymen being treated in this fashion and thus not concern himself with it.  I think it is far more reasonable and likely that a mass aggression towards Muslims would ensue.

Muslims in many western countries do not amount to even 5% of the population.  Muslims would become easy targets for any and all and they would be practically powerless to defend themselves.  Does Baghdadi’s “rule” extend to those lands wherein he can protect the Muslims from almost certain backlash?  And why would Adnani say: “Do not ask for anyone’s advice and do not seek anyone’s verdict”, at the tail end of issuing his leader’s order?  Should Muslims not always seek the advice of people of knowledge?  Why would he feel threatened by Muslims seeking advice from the Qur’ān and Sunnah?  Strange.

Why would Adnani, or indeed Baghdadi, issue an order that will clearly harm Muslim interests with no discernible benefits for Muslims at large?  I can only come up with two reasons ISIS leadership would push for such a scenario.  Either:

I. Both Baghdadi and Adnani are grossly ignorant when it comes to the highly likely scenario that Muslim blood will flow in the streets of non-Muslim lands.  Maybe they are so disconnected that they think the 1.5% of the American population that are Muslims can protect themselves from the other 98.5% should they implement his orders.  Has the “Khalīfa” so little regard for the safety of Muslims around the world

II. Perhaps Adnani and Baghdadi have an anti-Islamic agenda.  Some may not think this is realistic.  “They are just misguided,” some will say.  However, let us look at some of their accomplishments over the past year or so:

– They were successful in turning their guns on fellow Muslims and halted Mujāhidīn advances against the Assad regime. One that was on the brink of collapse in early 2013. Baghdadi announced the ISIS entity in Syria and the revolution has been backtracking ever since.

– They were successful in avoiding any and all attempts to settle grievances with other Islamic factions in a Sharīʿa  This is in spite of calls from an endless list of scholars around the globe for them to do so.

– They were successful in unifying the entire planet in calling for international intervention in the Syrian and Iraqi conflicts—on the side of the tyrants!  Barack Obama would not have been able to achieve this without the evidence of rampant—bordering melodramatic—evil that ISIS provided.  Even the best US spin machine could not have even fabricated enough videos sufficient to bring all these squabbling countries together.

– They were successful in displaying the ugliest, bloodiest, most distorted image of Islām that any group has been able to do perhaps in the history of the religion. Even George Bush and Tony Blair did not have this level of success in demonising jihād and Mujāhidīn.

While I am not in a position to say whether or not ISIS are agents of one government conspiracy or another, I am certainly in a position to say that ISIS efforts will probably appear in CIA/MI6 trainee manuals of “How to undermine a Just Islamic Struggle” for years to come.

As of 00:30 on Tuesday 23rd September 2014, US airstrikes have started in Syria.  Spokesman Rear Adm John Kirby said fighter and bomber jets and Tomahawk missiles were used in the attack.  Additionally, other anti-regime forces who are not ISIS are reporting that as of 03:20 their positions have come under attack in Idlib by missiles not seen in the Syrian territories before.

Keep in mind this is the same United States that makes a total mess of every single country it sets foot (or bombs) in.  The world had grown so totally weary of its aggression, lies and deceit that there is no way any country would have followed them in another coalition.  However ample ammunition was provided by ISIS to bring another such “coalition of the willing” back to Muslim lands.  Is Baghdadi sincere to the Muslims yet grossly ignorant and inept as a leader or is he something else?  It is perhaps that he is so awful as a leader that he simply cannot see that he is a tool in the hands of those who would harm Muslims lands.

I will not engage in conspiracy theorising, but the effects on Muslim interests since the announcement of ISIS in Syria 18 months ago is clear to anyone with any intelligence.  I know some will blame me for “helping” non-Muslims against Muslims by speaking out against ISIS. Journalism places reality at the feet of the people so they can make intelligent and informed decisions.  After all is said and done there are some who would still support Baghdadi no matter what. I remember a statement a friend of mine used to say: “Bilal, you cannot wake up someone who is pretending to be asleep.”