Tunisia, Reformation and the Reverse-Engineering of the Sharīʿah 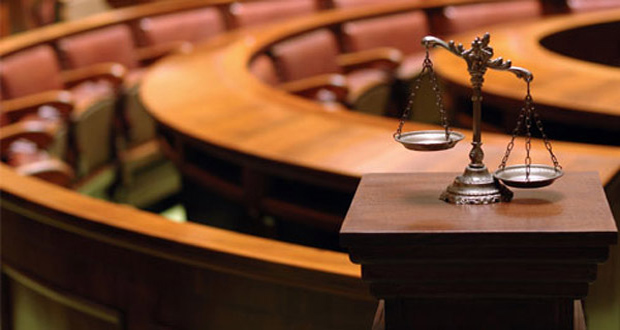 Tunisia has removed the Islamic law prohibiting Muslim women marrying non-Muslims on the recommendation of the president, who says Tunisia needs to ‘modernise’. Changes to inheritance laws, which are stipulated in detail in the Qur’ān are also under consideration. The country’s Constituent National Assembly is led by a coalition of parties, with moderate Muslim party Ennahda and secular party Nidaa Tounes at the helm. However, the reality of such changes to the law in favour of equalising gender rights is an emphatic affirmation of the secular nature of the state and constitution. Given that Ennahda rode to success during the Arab spring by claiming a revival of Islām and even making references to the return of the ‘sixth rightly-guided caliphate’ (something which seems to no longer be a call of theirs at all, however), this stands as a huge loss for Ennahda and other Islamic parties that have been embattled with difficulties in their aims to introduce Islamic laws into the very much secular systems of government in the Middle East and North Africa.

Interestingly, whereas the President of Tunisia claims that the secular nature of the state means that the reforms are not an attack on Islām (as Islam is not supposed to play a part in forming the laws of Tunisia); we have found arguments being made in favour of the reforms from an all-together different standpoint. Namely, that the reforms themselves are actually in line and advocated in the essence of Islamic legal theory. Arguments are being made in favour of hermeneutical reinterpretations of Islamic law’s sources to bring Islām in line with the ethics and ideals of the 21st Century.

In the UK, we have also recently seen a live discussion emerge based on comments made by some people regarding the need for the divine punishment laws (had) as stipulated in the Qur’ān as well as other Islamic rulings to be updated inline with the ethics and values of the modern age. Interestingly, such arguments are being made using Islamic ideas and legal principles and indeed with reference to classical Islamic jurists.

Intentions of such individuals aside, we shall illustrate that the approaches adopted by such reformists, in their attempts to reconcile Islām with the ethics and ideals of modernity, have yielded results that sit uneasily with traditional Islamic legal theory.

We will demonstrate a reality of reverse-engineering of Islamic rulings that takes place when certain legal principles, Islamic ideas and scholarly statements are cherry-picked and elevated to act as sources of Islamic law.

A declined people and jurisprudence

By the end of the 19th century CE, the misunderstanding of the shariah and its application on society became obvious. Islām was being interpreted in ways which were non-native to its texts, to the extent of incompatibility, in order to adapt to the present society. This reality forms the basis of our argument, in that the need to limit such interpretations and introduce effective legal ‘checks’[1] on the conducting of ijtihad became paramount. Today, we see similar interpretations in attempts to reconcile Islām with the ideals of human rights, parliamentary democracy, public opinion, and so on.

There is today an immediate utterance by reformists that ‘Islām is applicable to every time and place.’[2] No doubt, this is a legal maxim that appears as a golden rule in the study of Islamic jurisprudence and forms the basis of the thoughts of all of the Islamic movements aiming to be ‘a continuation of all aspects of Islām, both metaphysical and historical.’[3] However, the question arises as to whether Islām must, necessarily, be ‘manipulated’ in order to fit with reality or whether realities should be addressed through an Islamic lens in the first place and so made to adhere to Islamic principles. The historical expansion of the Muslims gave rise to them experiencing new realities that they had to bring in line with Islām. As a result, there was the need for the development of things such as the centralised system of taxation that is embodied in Abu Yusuf’s Kitab al Kharaj (Book of taxation).[4] This reflects the need to utilise Islām in order to address practical problems and reaffirms the need for the revival of Islamic jurisprudence today..

The reformist approach has led to the issuing of fatwas (non-binding legal opinion) with minimal support from the Qur’ān and Sunnah, and instead on the basis of the supremacy of maslaha (public benefit) and the maqasid (aims of the sharī’a) as a result of their misunderstanding of these concepts and how they are utilised in Islam. An example can be seen in the permissibility of a little usury on the pretext that it is not multiple and by the excuse that it is a darura (situation of necessity).[5] A more explicit example can be seen in the suspension of the hudūd (divinely ordained punishments) and the allowance for the penal code of some Muslim nations to be adopted from a source other than Islām.[6] We see this discussion occurring today with certain people advocating the suspension of the idea of hudūd in favour of bringing Islamic punishments in line with the ethics of the day.

We coin this process as ‘reverse-engineering the sharī’ah’, given the reconstructive exercise that was conducted on the legal methodology of ijtihād; which essentially circumvents the innate elasticity within Islamic laws sources (which exists as a result of the depth of the Arabic language itself and permissibility of difference of opinion so long as there is a valid evidential basis) in favour of simply elevating principles such as maslahah and maqasid to essentially function as sources of Islamic law.

This understanding of Islām is evident today in works concerning the newly developed field of fiqh al-‘jalliyyat (jurisprudence of minorities). This is the idea that Islamic jurisprudence must cater to the specific circumstances of minorities where what is suitable for them may not be suitable for others. An example is the incorporation of such notions into work being done by Muslim feminist groups and used as the Islamic justification for those who support Tunisia’s removal of the marriage ban on Muslim women to non-Muslim men and require an “Islamic legal argument” to support their view. The example that follows demonstrates exactly how this process of ‘reverse engineering’ is conducted and that such activity, given its unstable legal grounding, has potentially detrimental effects on the clarity of future Islamic legal development.

An example of reverse-engineering: To ‘rework the question’

Jabir-Alwani, a reformist, in giving the example, states that, ‘A questioner asks, “Is it forbidden for a Muslim woman to be married to a non Muslim, and what should one do?”’[7] On the basis that apostasy is much worse; Jabir-Alwani accepts her continuance of the marriage. Such a conclusion is apparent in its reworking of the question, and re-interpretation of the evidences used to derive the law concerning it, by introducing the comparison of leaving Islām. However, despite its use by Islamic feminists, this scenario is not new to Islamic jurisprudence. Muḥammad (sall Allāhu ʿalayhi wa sallam) is noted to have instructed his daughter Zaynab (ʿalayha al-Salām), upon her acceptance of Islām, to leave her non-Muslim husband.[8] Hence, in its prioritising of maslaha and maqasid, we see how such an approach falls prey to exaggeratory application.

The danger of using maqasid and maslahah alone

Therefore, when the principles of maslaha and maqasid are held as universal principles through which all situations must be interpreted, Islamic legal theory runs the risk of throwing out its traditional hierarchy of sources and methods and allowing ijtihād to be conducted in direct contravention of them. Also, such an approach would, if adopted en masse, leave future generations with an overwhelming amount of ijtihād that is, as they would ultimately also discover, legally unsound.

With Islamic and Western concepts being aligned, Hourani points out: ‘[i]n this line of thought, maslaha gradually turns into utility, shura into parliamentary democracy, ijma into public opinion; Islām itself becomes identical with [the] civilization,  activity, [and] the norms of 19th century social thought.’[9] Hence, moderate reformists stand accused of being eclectic in their method, choosing Islamic traditions ‘which support their view of Islām and can be reconciled or even equated with modern ideas.’[10]

Alongside the attempts made at refuting fiqh al-‘jalliyyat,[11] scholars have defined jurisprudence as being ‘the knowledge of the practical shar’ī matters that are derived from the elaborated evidences (al-adillah al tafsilyyah).’[12] Thus, deriving new laws in the fiqh of minorities, based on elevated general principles of maslaha and maqasid, is at odds with the approach of the traditional methodologies of ijtihaād. We see how these forms of reinterpretation have meant that ‘the interpretations of classical jurists may be wholly ignored’[13] and have led to Islām being brought in line with every ideology and incident – ‘even if the interpretation disagreed with the traditional ideology of Islām.’[14]

Indeed, such a wholesale rejection of the legal frameworks of classical jurists would negate 1,400 years worth of jurisprudential wealth that provides the very rubric to our understanding of Islam. Such approaches, whilst offering a veneer of open-mindedness and critical thinking regarding the late modern period, cannot be extrapolated to defy traditional frameworks to become the sole basis upon which we derive law.

We have aimed to provide the reader with some indication as to whether ‘Islām might solve modernity or modernity might dissolve Islām.’[15]We assert that the future of Islamic jurisprudence rests on the decisions made by those conducting ijtihād today. Despite their good faith, their misdirected efforts to apply Islamic law will result in the dissolution of Islamic jurisprudence under the pressure of modernity. Nonetheless, by being exposed to the ideas of modernity, Muslims have awakened to the possibility of a post-modernist Islām as though Islām itself is stating Ex cineribus resurgam, – “I shall rise from the ashes “.

[10] O. Scharbrod, ‘Theological Responsesto Modernity in the Nineteenth-Century Middle East: The examples of Bahá’u’lláh and Muhammad Abduh’ [2002] in Lights of ‘Irfán (Papers Presented at the ‘Irfán Colloquia and Seminars 3 139) 148. See also Hourani (n 12) 143.

A.C. Ahmed is a practising Corporate Finance Lawyer. As a result of his studies, he is focusing his writing on the areas of Islamic jurisprudence, contracts and commerce.

A.C. Ahmed is a practising Corporate Finance Lawyer. As a result of his studies, he is focusing his writing on the areas of Islamic jurisprudence, contracts and commerce.