A lesson on assimilation from Surah al-Kahf 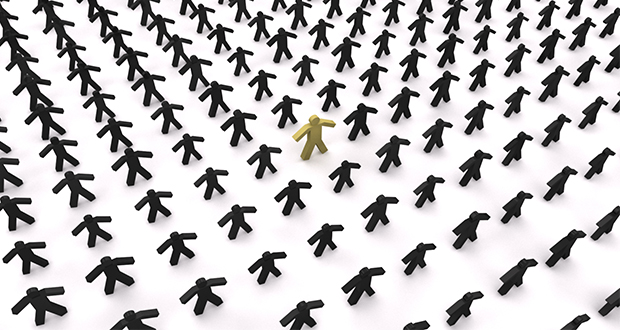 Indeed, if they come to know of you, they will stone you or return you to their religion. And never would you succeed, then – ever.” (Sūrāh al-Kahf: 20)

By definition, assimilation is the process of adjusting to a group or nation, merging traits so that the ideas and culture of a people are inculcated by an individual, allowing for the complete absorption into the host population.[1] [2]

‘Literally “becoming alike,” assimilation refers to the process whereby once dissimilar groups become similar in their interests, attitudes, and behaviour. Originally, the term has been used in the context of immigrant groups or an ethnic minority which [is] in the process of getting absorbed into the host culture.’[3]

For Muslims in the West, granted, for any migrant group in the West, there is a problem with their assimilation into Western society. Integration into different cultures in and of itself is not problematic. Indeed, Allāh (subḥānahu wa taʿālā) has created us in many different nations and cultures:

“O mankind, indeed We have created you from male and female and made you peoples and tribes that you may recognise one another. Indeed, the most noble of you in the sight of Allāh is the most righteous of you. Indeed, Allāh is Knowing and Acquainted.”[4]

On a human level we celebrate our differences. To travel and to become acquainted with the lifestyles of such vastly different cultural groups is a manner in which we enrich our understanding of the human experience; we educate ourselves; and we humble ourselves as we are reminded that our ethnic background does not dictate the way things should be and neither is it superior. The Prophet (sall Allāhu ʿalayhi wa sallam) emphasised this in his farewell sermon,

There is no problem in adopting a language of a people, their traditions, food, or their clothing. The real problem lies in the extent to which Muslims in the West, and more specifically Muslim youth, assimilate into their Western environment. Milton Gordon refers to this phenomenon as Anglo-conformity. In Assimilation in America: Theory and Reality, he suggests that minorities become so entirely absorbed into the larger society that they lose their identity. He describes this as ‘a consciously articulated movement to strip the immigrant of his native culture and attachments and make him over into an American along Anglo-Saxon lines […] it is an attempt at “pressure-cooking assimilation”.’[6] The consequent shedding of Islamic values is where our concerns and misgivings with the nature of assimilation lie. When our Muslim youth’s definitions of what constitutes as right and wrong begin to change; when what is appropriate and what is not; what is permissible and what is not; what is good and what is evil, become distorted in their minds, we have become witness to a crisis in the Muslim community, as the values integral to their Muslim identity have begun to waver.[7]

The Prophet (sall Allāhu ʿalayhi wa sallam) was the embodiment of our religion, the best among creation, a role model to us all and the blueprint for us to follow. He was an emissary of the best character and the best values, relevant and easily-applicable to every time. Unfortunately, however, our Muslim youth today are choosing to turn in this great inheritance, having become indoctrinated with the notion that, in order to be integrated into modern Western society, it is necessary that they lose their Islamic values. Instead of simply experiencing new cultures and cuisines they become negligent of ḥalāl and ḥarām; instead of merely adopting new styles of dress they surrender their ḥayā’. When our Muslim youth no longer watch their tongues but engage in idle talk, denigrating their peers; when they become rampant consumerists; when they miss their Ṣalāh – when they exchange their religious values for the life of this world, we have lost a generation.[8]

“And if you turn away, He will replace you with another people; then they will not be the likes of you.”[9]

“Those are the ones who have bought the life of this world [in exchange] for the Hereafter, so the punishment will not be lightened for them, nor will they be aided.”[10]

A grave consequence, to be sure.

The threat of assimilation is most adequately illustrated in Sūrah al-Kahf in which Allāh (subḥānahu wa taʿālā) conveys the story of young people living in a predominantly non-Muslim society. In this Sūrah, Allāh (subḥānahu wa taʿālā) offers an eternal guidance to young people trialled with maintaining their Īmān in the face of kufr. These youths held onto their Īmān and their Islām despite their society’s unrelenting call to the opposite. Because of their firmness of faith, their lives eventually became threatened and, in an attempt to escape the persecution that pursued them, they sought refuge in a cave. Fearing the threat of danger that awaited them, they engaged in a discussion before leaving. As a young man set out, his friend offered one last and sincere piece of advice:

Indeed, if they come to know of you, they will stone you or return you to their religion. And never would you succeed, then – ever.”[11]

In this verse a young man warns his brother of the threat of physical punishment and the still greater threat of assimilation. He warns of the trappings of a society embroiled in kufr and the surety of being drawn back into it, despite having known Islām, having chosen truth, after having lived in falsehood. In his book Islam and the Destiny of Man, Gai Eaton addresses the typical justification offered by those most in favour of unadulterated assimilation. He states that most of us are:

‘accustomed to the hearing, with monotonous regularity, the parrot-cry: ‘We will take the good things from Western civilization; we will reject the bad things’. It is strange that any Muslim should imagine this to be possible. Islam itself is an organic whole, a gestalt, in which everything is interconnected and in which no single part can be considered in isolation from the rest.’[12]

This āyah clearly depicts that no Muslim, even one with such conviction as possessed by these youths who defied their nation, is entirely safe from abject assimilation, and that only in the constant struggle to maintain one’s Islamic values will a Muslim be successful. This struggle is elucidated with the word تُفْلِحُوا (successful). It stems from the word فلاح (farmer); the exemplification of one who strives for an extended time against all elements in the hopes of the ultimate, great reward of bearing the fruits of their efforts.

This is who we should strive to be, and this is who we should remind our brothers and sisters in Islām to be. Just as the man who offered this advice was neither a scholar nor an elder made wise with years, but a youth, so too must we all take upon ourselves, regardless of age, the responsibility to remind one another of the threats posed to our values; to encourage one another to remain firm on Īmān, and not to shed our Islamic values in the hopes of becoming integrated; not to become assimilated. Rather, we should be leading by example and encouraging those around us to adopt Islamic values; such is the nature of da’wah. Instead of blindly conforming we should strive to establish our Deen.

We should wade against the tide to be like the many who encourage and inspire those around them. We should be the farmers who sow the seeds so that years later the crops may grow, as our actions today pave the way for the people of tomorrow.

Share. Facebook Twitter LinkedIn Email Telegram WhatsApp
Previous ArticleLive Each Day As If You Are Preparing For Hajj
Next Article When Sayid Qutb’s sister ‘Amina’ mourned her martyred Husband