Are we blindly following the media? 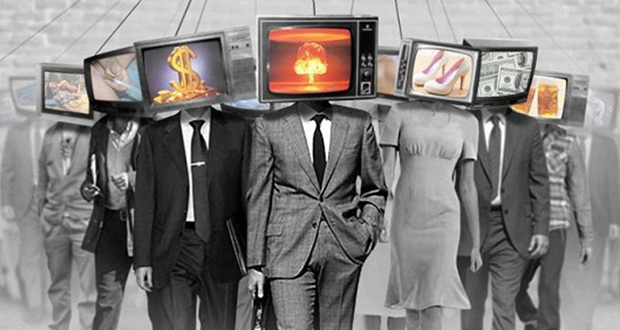 In recent times our Muslim community has been quite vocal in criticising specific news broadcasters. This has been due to the dismal broadcasting of the situation in Gaza or due to Islamophobic articles appearing in right-wing newspapers. Based on these criticisms, one may assume that we, as a Muslim community, are very aware of the hypocrisy of many news outlets. Although this assumption may be true, there is an important question we need to ask ourselves: In terms of the news, is the focus of our attention directed almost entirely by these very news outlets that we have critcised?

Let us take Syria and Iraq as an example. The present situation in both these countries is terrible and ISIS are largely—though not exclusively—to blame. Their barbaric rule has led to many ʿUlamā’ and average Muslims from all over the world openly condemning them, and rightly so.[1][2] The actions of ISIS in many cases seem to contradict the teachings of our beautiful religion and we have to speak out against them. However, why is it that since ISIS have appeared on our TVs and newspapers, we seem to have forgotten that the situation in the two countries has been dreadful for a long time? Muslims in Syria were being annihilated since 2012 and millions in Iraq were living in appalling conditions since the Iraq War (which, by the way, we have forgotten about almost completely).[3][4]

We also have the recent massacres in Gaza. Whilst the bombings happened, we prayed, we campaigned and we were generous when donating towards various projects in Gaza. Now that the bombings have stopped and Gaza is no longer on the news, we are slowly but surely ‘moving on’, almost as if things have gone back to normal for all those innocent people who lost most of their family and livelihood.

And this is not the first time this has happened. When was the last time we heard anyone mention the Muslims in Burma? Has their situation been resolved? What about our brothers and sisters in the Xinjiang region in China?[5] They appeared on social media a few times in August and it ended there. In 2011 our focus was on the famine in Somalia that led to the death of over 260,000 people. However, they disappeared from the news and, in-turn, from our attention, even though civil war has destroyed the lives of many over the last couple of years and they seem to be staring at another food crisis now.[6][7]

A beautiful hadith and wonderful metaphor used by the Prophet (sall Allāhu ʿalayhi wa sallam) but why is it that on many occasions we seem to be conscious of one part of the body whilst completely ignoring another part of the body that is in excruciating pain? Is it due to the lack of unity? Do we just not care enough? Are we too focussed on local issues? We could probably think of various reasons for it and one of those reasons has to be our tendency to blindly follow the media.

In addition to us instinctively focussing our attention on where the media at large is focussing it, if we consider the fact that most media outlets only show us what they want us to see, we could potentially be confronted by many problems. There are many steps between a newsworthy event occurring and it being shown to us on our televisions and newspapers; steps including corporate and editorial decisions as to which news is shown, how it is shown, and which news is not shown at all.

Therefore, we need to be more intelligent. We need to realise that as people who try to implement iḥsān in our lives, we need look beyond the two-facedness, the hypocrisy, found in the media, seek out the sincere groups from the insincere ones and be aware of the reality of the condition of the world we are living in.

We also need to hurry. Whatever the reason is for our approach to this aspect of the media we have to recognise our shortcomings soon. Only when we understand our faults will we remember that there are many more people who are in need of our voice, our financial help and most importantly, our duʿā’.