Are we turning into ‘Me, Myself & I’ Muslims? 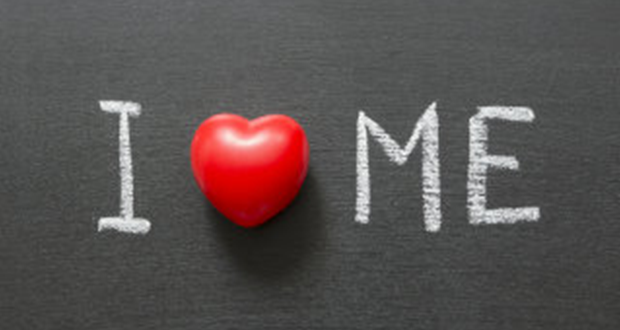 This phrase is very common and almost everyone understands the meaning behind it. And yet, funnily enough,  nobody would like to be associated with such a label even though most of us fall under this self-centred deception of Shayṭān as we focus on giving priorities to ourselves  and any object or idea that is directly pleasing to ourselves.

Selfishness is the crux of the complex society today. It is a common observance that in simple societies of the past and even those of today, people are dependent on each other for survival, giving each other their due rights and hence they are closely bonded with each other. But as for the people living in today’s modern societies; they have become distant to each other for having reduced themselves to mere Robots made up of flesh and blood in day to day life, racing and competing for the physical world around them.  As the Qur’ān tells us in the most eloquent way,

“Know that the life of this world is but amusement and diversion and adornment and boasting to one another and competition in increase of wealth and children – like the example of a rain whose [resulting] plant growth pleases the tillers; then it dries and you see it turned yellow; then it becomes [scattered] debris. And in the Hereafter is severe punishment and forgiveness from Allāh and approval. And what is the worldly life except the enjoyment of delusion.”[1]

The individualism mentioned originates from the material ease and comfort around you. Today’s society is set up in such a way as to make you accustomed to the idea of being fiercely  independent and  free from mutual obligation – the concept that as a human you owe something to living beings around you. These days people’s antennae are so completely focused on the glitter and produce of the Planet Earth that they forget to raise their heads  to even look up at the skies.

Indeed, in the creation of the heavens and the earth and the alternation of the night and the day are signs for those of understanding.[2]

It is this same Earth that we occupy, love, cherish and fight over that our ancestors occupied and left without taking anything from it. In this context of a very limited awareness of surroundings people have gone so far that the concept of God’s existence has become blurry and weak, so much so that people have started believing that there is no need to believe in God at all as they believe themselves to be self-sufficient. However, the Qur’ān clearly states,

“To Allāh belongs whatever is in the heavens and earth. Indeed, Allāh is the Free of need, the Praiseworthy.”[3]

Such people are deceiving themselves. They operate under the misconception of being the ones who hold the keys of every door; that they have control over their affairs. While the Qur’ān tells the truth that,

“To Him belong the keys of the heavens and the earth. He extends provision for whom He wills and restricts [it]. Indeed He is, of all things, Knowing.”[4]

Say, “Who provides for you from the heavens and the earth?” Say, “Allāh.  And indeed, we or you are either upon guidance or in clear error.”[5]

Alḥamdulillāh as Muslims we believe in Allāh (subḥānahu wa taʿālā) as our Lord and Deity Who alone is worthy of  worship. We  also believe and practice  the five pillars of Islām. And we are content to be Muslims. But this phrase of ‘Me, myself and I’ stays with us in a different form. As Muslims we are supposed to purify ourselves.

However, despite the fact that we often recite this verse, it is a pity that in our weakness as Muslims, we are content with solely observing the five pillars. And nothing more! How sad is that? We assume that by observing these pillars we have completed our duty and are bound for success. But these are rights of Allāh. Muʿādh b. Jabal relates that the Prophet (sall Allāhu ʿalayhi wa sallam) said to him:

O my Muslim Brother and Sister, what about the rights of His slaves. How much do we think about other fellow human beings around us? Sadly not much. MāshāAllāh we pray 5 times a day. Sometimes we give charity to war-torn areas and we become relaxed thinking we have done our duty of giving sadaqa (optional charity). And yes, sometimes we do get rid of our few-times-worn clothes to the local charity shop, so we can add new styles to our wardrobe. What about people living amongst us?

O my Muslim Brother and Sister, how much do we act upon this Ḥadīth,

O My Brother when was the last time, outside the home , in a shop or a on the street or in your family you saw a very depressed young man, you approached him, smiled at him, talked to him or did you not even bother to notice him? You were so busy checking  your wife’s, or friend’s messages. May be your one smile and warm attitude could have made him feel good, and you would have acted upon the  last part of a long Ḥadīth:

“Your smile for your brother is charity.”[9]

O my Brother, when you were in the Masjid with an entourage of your friends did you not see a teenager who was alone and nervous? Maybe he was going through a much troubled life at home and his broken-hearted, single mother had encouraged him to go to the Masjid so he might make some good friends that could encourage him to pray and stay positive. And my Brother, you left the Masjid as you entered it: laughing and joking, without even looking to your right or left.

O my Brother, when was the last time you saw an elderly frail man in the Masjid and asked him how he was feeling about his health. Maybe he was a widower  living on his own with no family and he comes to Masjid for prayer and company.

O my Sister, do you not see that old-clothed and dishevelled woman on the doorstep of the Masjid every day? Did you stop some time to ask her who she was, if everything was fine with her? You might have known she has no family, she spends all day in the masjid and sometimes cleans the masjid. At night she goes to her lonely room and sometimes she sleeps on the street  out of fear of someone she shares the building with.

O my Sister, when you were taking Qur’ān classes did you not know there was a sister who was single, almost homeless, with lots of emotional and health problems, and that most of the time she did not have enough money to eat? Even though she sometimes, out of sheer desperation, talked about her situation, nobody  took any notice as she was someone else’s problem, not theirs.

O Brothers and Sisters, do you know how many people around us are lonely, homeless, poor, elderly, single-parents and emotionally shattered? Or do you think this beautiful and profound verse of the Qur’ān does not apply to us:

“Righteousness is not that you turn your faces toward the East or the West, but [true] righteousness is [in] one who believes in Allāh , the Last Day, the Angels, the Book, and the Prophets and gives wealth, in spite of love for it, to relatives, orphans, the needy, the traveller, those who ask [for help], and for freeing slaves; [and who] establishes prayer and gives zakāh; [those who] fulfill their promise when they promise; and [those who] are patient in poverty and hardship and during battle. Those are the ones who have been true, and it is those who are the righteous.”[11]

O my dear Brothers and Sisters, when will we stop beautifying our outward Islamic identity, judging people by it and giving more energy and time to our fancy, designer ḥijābs and jilbābs, rather than being practical and productive? When will we stop putting ourselves first and actually start practising the generosity and brotherhood of the Ṣaḥāba (raḍiy Allāhu ʿanhum ajmaʿīn).

O Brothers and Sisters, when  will we start giving our neighbours their respective rights, as one Ḥadīth narrates,

“Ibn ʿUmar and ʿĀ’ishah (raḍiy Allāhu ʿanhumā) reported: The Messenger of Allāh (sall Allāhu ʿalayhi wa sallam) said, ‘Jibrīl kept recommending treating neighbours with kindness until I thought he would assign them a share of inheritance’.[12]

In another Ḥadīth it is stated that Abū Dharr (raḍiy Allāhu ʿanhu) reported:

The Messenger of Allāh (sall Allāhu ʿalayhi wa sallam) commanded me thus, “O Abū Dharr! Whenever you prepare a broth, put plenty of water in it, and give some of it to your neighbours.”[13]

SubḥānaAllāh I know of someone who was impacted by this Ḥadīth. A Muslim family who were trying to practice this Ḥadīth noticed their neighbour was extremely reserved. They had a different ethnic, religious and racial background to the Muslim family. And yet, because of this Ḥadīth, they became very warm and friendly towards this neighbour.

O my Brother and Sister, when was the last time we smiled at our elderly neighbours and carried their shopping? What is preventing us from applying the beautiful teachings of the Qur’ān and Sunnah?

O my Muslim Brother and Sister, when are we going to understand the fact that the Qur’ān was not sent to Muslims in the beginning. Instead, it was sent to the people who did not know about their true Lord. The Prophet (sall Allāhu ʿalayhi wa sallam) was sent to guide people from the darkness into the light. When are we going to be proactive in this Sunnah? Do we think people of knowledge are doing their duty, and we are only supposed to listen to some lectures or read some books and then – full stop. Should we be keeping ourselves busy with our never-ending desires, and just kill the valuable time of our lives with solely pleasing “Me ,Myself and I”?

O my Brother and Sister, let us wake up and make the intention to do some good deeds –  before it is too late.

[10] Saḥīḥ Bukhārī and Saḥīḥ Muslim. Commentary: On the basis of some other narrations, the ʿUlamā’ have accepted that the person mentioned in this Ḥadīth who used to sweep the mosque was a woman known as Umm Mihjan.