Being true to yourself 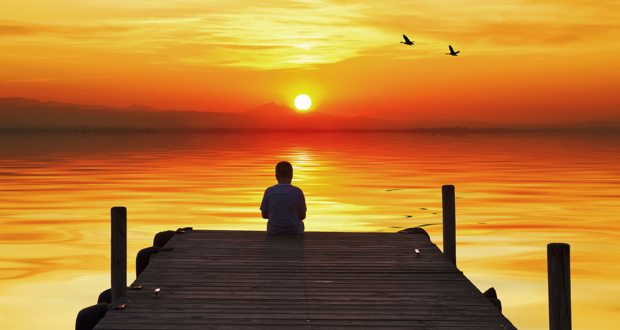 Words from Shakespeare’s famous play Hamlet. This is Polonius’s last piece of advice to his son Laertes, who is in a hurry to get on the next boat to Paris. It is advice that every Muslim can benefit from.

In Sūrah Tawbah, Allāh (subḥānahu wa taʿālā) informs his Messenger (sall Allāhu ʿalayhi wa sallam) that among the Bedouins around the city of Madinah are hypocrites as well as in Madinah itself. Allāh says;

And among the bedouins round about you, some are hypocrites, and so are some among the people of Al-Madinah, they exaggerate and persist in hypocrisy, you (O Muhammad) know them not, We know them. We shall punish them twice, and thereafter they shall be brought back to a great (horrible) torment.[2]

These people, as Imam Qurtubi states, ‘persisted in hypocrisy and did not repent from it.’[3] They were those that stayed away from battle (of Tabuk), through cowardliness which was a manifestation of their hypocrisy and because of their denial and doubt in the religion of Allāh (subḥānahu wa taʿālā). Thus their aim, whilst living amongst the Muslims, was solely to bring them nothing but harm and instability.

Allāh (subḥānahu wa taʿālā) then follows this verse by speaking about another group of people who also did not join in the battle. He says;

And (there are) others who have acknowledged their sins, they have mixed a deed that was righteous with another that was evil. Perhaps Allāh will turn unto them in forgiveness. Surely, Allāh is Oft-Forgiving, Most Merciful.[4]

Ibn Kathir, the great commentator on Qur’ān, says that this verse refers to ‘the disobedient who stayed away from the battle due to laziness and preferring comfort, even though they truly believed. These people admitted their error to themselves and to their Lord. They had performed good deeds before, as well as this evil deed that they committed.’ [5]

Ibn Abbas (raḍiy Allāhu ʿanhu) states that this second verse refers to the companion Abu Lubabah and the five, seven or nine individuals with him, who tied themselves to the pillars of the Masjid and refused to let anyone untie them except the Messenger of Allāh (sall Allāhu ʿalayhi wa sallam) through their regret at not joining the other believers in the battle of Tabuk.[6]

Ibn Kathir (raḥimahu Allāhu) concludes that the lesson from this verse is general, covering all sinners who combine good and evil deeds, thus becoming partly impure, even though it was revealed about some people in specific.[7]

Elsewhere in the Qur’ān, when reading the story of the cursed Shayṭān, we learn of the great contrast in mind-set between the one who seeks to submit to the will of Allāh (subḥānahu wa taʿālā) and one who opposes it.

Allāh (subḥānahu wa taʿālā) tells us that Shayṭān, after his arrogant and ultimately errant conclusion that his creation from fire meant that he should not prostrate to the one made of clay (the Prophet Ādam ʿalayhi al-Salām), promises that he will lead all the children of Ādam (ʿalayhi al-Salām)—mankind—astray. He promises to ‘adorn the path of error’ for them, and to ‘mislead them all.’

Remarkably his justification for these promises is, as he falsely claims, that Allāh (subḥānahu wa taʿālā) misled him!

[Iblis (Satan)] said: “O my Lord! Because you misled me, I shall indeed adorn the path of error for them (mankind) on the earth, and I shall mislead them all.[8]

The believers mentioned in Sūrah Tawbah who stayed away from the battle acknowledged their sin. They were forgiven by Allāh the most-Merciful and oft-forgiving. Shayṭān, may he be cursed, astonishingly blamed his sin on Allāh, the most high. He was therefore outcast from the mercy of Allah, never to be forgiven.

Acknowledgement of one’s sins in Islām is the first step on the path to turning to Allāh (subḥānahu wa taʿālā) in repentance. Confession in Islām is not to go to the Sharīʿah courts and confess sins there; nor is it required to go to the legal courts and confess sins there; neither is it necessary to confess to a friend and request he flog you indoors, as some ignorant people may imagine. We have neither chair of confession, nor a certificate for being pardoned. Rather our confessions are in turning to Allāh (subḥānahu wa taʿālā), our Creator, our Sustainer and the Knower of all things, and acknowledging our transgressions.

As Muslims, we may often fall into the mistake of unknowingly blaming everyone and everything but ourselves for our own shortcomings. We may highlight the company that we keep as justification for our backbiting, slandering, and lying. We may blame our lack of finances for our turning to interest (usury), selling of alcohol or dishonesty in business dealings. We may blame the prevalent immorality in society for our own inability to lower our gaze, restrict our interaction with the opposite gender, or controlling our desires.

For those who consider themselves to be “practising” Muslims, it may be that complacency sets in and he/she no longer feels they have any great faults which they really need to acknowledge. Thus the traps of Shayṭān seek to cause even the most devout worshipper to become heedless of his Lord’s rights upon him.

This heedless mind-set, however, goes against the way of those closest to Allāh (subḥānahu wa taʿālā). For indeed, it was the Prophet Ādam (ʿalayhi al-Salām) and his wife Hawā who said, after taking the apple from the forbidden tree,

“Our Lord! We have wronged ourselves. If You forgive us not, and bestow not upon us Your Mercy, we shall certainly be of the losers.”[9]

For indeed, it was the Prophet Yūnus (ʿalayhi al-Salām) who, while trapped in the stomach of the whale, pleaded to his Lord as he

“cried through the darkness (saying): La ilaha illa Anta [none has the right to be worshipped but You (O Allāh)], Glorified (and Exalted) are You [above all that (evil) they associate with You]. Truly, I have been of the wrong-doers.”[10]

Indeed, the beloved Prophet Muḥammad (sall Allāhu ʿalayhi wa sallam) said, when requested by his best friend and best of this ummah Abū Bakr As-Siddiq (raḍiy Allāhu ʿanhu) to teach him an invocation,

‘“Say: O Allāh! I have wronged my soul very much (oppressed myself), and none forgives the sins but You; so please bestow Your Forgiveness upon me. No doubt, You are the Oft-Forgiving, Most Merciful.”[11]

O Allah! You are my Rubb. There is no true god except You. You have created me, and I am Your slave, and I hold to Your Covenant as far as I can. I seek refuge in You from the evil of what I have done. I acknowledge the favours that You have bestowed upon me, and I confess my sins. Pardon me, for none but You has the power to pardon.

‘Indeed complete guidance to the straight path (Sirāt al-Mustaqīm) is not achieved by one being ignorant of his sins, nor by persistence in sinning. For indeed the one who is ignorant of his sins does not recognise guidance in its true essence, and as for the one who persists in sinning he behaves in a manner contrary to his purpose of creation. Therefore repentance is not complete except only after one acknowledges his sins, and concurrently strives to free himself from those sins, for fear of an evil end in this life and the next.’

Acknowledging one’s sins allows the believer to take the first step towards repenting to his Lord. The strength of one’s regret following sinning increases the more one acknowledges their sins. This regret then remains and acts to prevent an individual from going back to his previous sinful ways. Persisting in sin therefore becomes difficult, and thus one strives and struggles sincerely to seek the forgiveness of his Lord. Thus the slave of Allāh (subḥānahu wa taʿālā) embarks upon the journey of self-reform. All that remains upon us is to sincerely reflect upon ourselves and ‘to thine own self be true.’

Ultimately, if one fails to acknowledge his sins in this lifetime, he risks being of those who regretfully acknowledge them in the next. Allāh (subḥānahu wa taʿālā) tells us in the Qur’ān about the anguish of the dwellers of the hellfire when;

They will say: “Our Lord! You have made us to die twice (i.e. we were dead in the loins of our fathers and dead after our deaths in this world), and You have given us life twice (i.e. life when we were born and life when we are Resurrected)! Now we confess our sins, then is there any way to get out (of the Fire)?”[13]

May Allāh (subḥānahu wa taʿālā) grant us the ability to acknowledge our faults, rectify them, and strive towards the paradise He has prepared for His believing slaves.