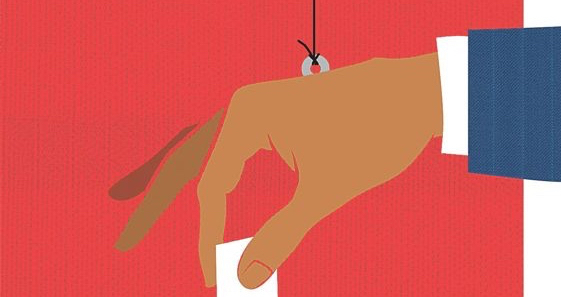 Sat on the shore, my feet nestled in the warm sandy beach as I watched my toddler son playing with sea shells against the backdrop of a majestic sunset, I thought to myself: a small taste of paradise. A faint image in the distance caught my eye, a mirage like ship, matchbox size, drifting, abandoned in the Andaman Sea. As I beckoned a waiter over to ask for another virgin mojito the irony of my situation juxtaposed against those on that boat holding out empty water bottles to catch drinkable rain water did not escape me.

Sunday welcomed the first “free” elections in the world’s newest democracy; Burma, or as the military junta prefer Myanmar. However, Myanmar’s democracy is less an Athenian utopian vision as it barred nearly a million Burmese Muslims from voting and allocated a guaranteed 25% of the parliamentary seats to the military.[1] This was more a ‘new democracy’, an Egyptian General Sisi style one where the rules would be manipulated and if required re-written to ensure that the ruling political class and its cronies remain in power subjugating the masses. John Kerry would be proud at this “restoration of democracy”. Former President Jimmy Carter’s grandson could not contain his excitement when speaking of the Burmese elections: “We talked to one (voter) who waited since 3 in the morning” Ahh yes – but did you manage to speak to at least one of the million Rohingya Muslims barred from voting? Nope, didn’t think so.[2]

If Jason Carter had stopped to ask, perhaps he would have heard how 1 million Rohingya Muslims who have lived in Burma for centuries forming an integral part of the fabric of Burma have been denied citizenship, the right to travel, the right to work and most recently the right to vote by the ruling Burmese government headed by President Thein Sein. However, even with the landslide victory of National League for Democracy led by Aung San Suu Kyi the deplorable situation of the Burmese Muslims is not likely to improve.

Aung San Suu Kyi’s had been considered a champion for human rights – or at least it appeared to be so. When given the Nobel Peace Prize in 1991 she was described as “an important symbol in the struggle against oppression”[3] which makes her silence on the Rohingya Muslims genocide even more stark. Indeed when asked about the desperate situation of the Rohingya Muslims she replied that it was important not to “exaggerate” their plight.[4] Tell that, Nobel Laureate, to 86 female victims of sexual violence, or to the families of those decomposing in the mass graves, or the orphan children whose houses had been burned to the ground by marauding Buddhist extremists incited most notably by Monk Ashin Wirrathu, leader of the notorious “969” movement and head abbot of the Masoyein monastery. Wirrathu, draped in a simple saffron robe, has been quoted as saying: “According to my research, 100 percent of rape cases in Burma are by Muslims. None are by Buddhists”.[5] Wirrathu’s comprehensive analysis does not tally up with the 8 months of research conducted by Fortify Rights in conjunction International Human Right’s Clinic, at Yale University whose legal analysis “finds strong evidence of genocide against Rohingya Muslims”.[6]

Bring to mind four letter words; none will conjure fear like: rape. For many women it is a fate worse than death. Yet rape has become a common tactic implemented by the Burmese military and their ‘peace’ chanting Buddhist extremists. Countless Muslim parents have sold all their worldly possessions to send their daughters abroad to escape from the unspeakable crimes perpetrated by state sponsors. Some have succeeded, many have not. Those who have remained behind have been forced to accept rape as just the cost of life – a government endorsed tax.

At the risk of sounding like a segment from ‘Have I got news for you’ – what do Jennifer Aniston, Richard Gere, Angelina Jolie and Mario Balotelli all have in common? Yes that’s right they are all past their prime; but they also follow the Buddhist faith (the clue was in the title *ahem*). Whilst the notion of Buddhism being inherently pacifist may be a western oversimplification, no one ever thought it would be used as an excuse for ethnic cleansing. However, this may be rather naive and ignorant for Professor Bernard Faure, in his book ‘Unmasking Buddhism’  observes that in Buddhist tradition there is a concept of “charitable killing” and

“[The] idea that it is just to kill out of charity or compassion, to prevent another person from committing evil. Indeed, how can one kill at all, when, according to Maha¯ya¯na orthodoxy, everything is empty? The person who kills with full knowledge of the facts kills no one, since he has realized that all is but illusion, himself as well as the other person.” [7]

Despite this philosophical and sophisticated justification for murder, followers of the Buddhist faith are encouraged to distance themselves from the violent extremists who are murdering, plundering and raping in the name of their faith. Celebrity Buddhists are called upon to do so first. Anyone Buddhist who fails to categorically condemn the actions of their coreligionists will be looked upon with suspicion, labeled and allocated to deradicalisation programs with their children at risk of being taken from them. Or does that only apply to Muslims?

Genocides have littered modern history. 6 millions Jews murdered by Nazi Germany. Rwanda; where 800,000 people were slaughtered in the space of 100 days. Three years of war in Bosnia resulting in the death of 100,000 Muslims. Syria; where people have stopped counting the dead. It seems Burma is now to join this list. Gregory Stanton, President of Genocide Watch, has identified 8 stages of Genocide. It begins with Classification to distinguish the ‘other’ followed by Symbolisation – attaching a name or symbol to that class – for instance Jews being forced to wear a yellow star of David. The third stage is Dehumanisation which overcomes the normal human revulsion to murder. Stanton observes that “hate propaganda in print and radio is used to vilify the victim group”. This is followed by Organisation, often by the state or proxy militias followed by Polarisation in which “extremes” are created or publicised, and “extremists” on both sides drive parties further apart. The sixth stage is Preparation where victims are identified and singled out because of their differentiating characteristic. The penultimate stage is Extermination – called such by the perpetrators therefore betraying their underlying belief in the non-human status of their victims. Denial is the final stage and is, according to Stanton, “among the surest indicators of further genocidal massacres”.

What stage are the Burmese Muslims at? When will the world wake up to this slow genocide, or will it take the appearance of gas chambers before world leaders speak out? The melancholic truth is that world leaders will not speak out, and even if they did, it would be little more than lip service. The cold reality is that the desperate plight of the Rohingya Muslims needs the help of decent, noble, soft hearted people like the simple fishermen off the coast of Malaysia who rescued the ‘boat people’.

“The example of the believers in their affection, mercy, and compassion for each other is that of a body. When any limb aches, the whole body reacts with sleeplessness and fever.[8]”

My dear brother and sister in faith, I ask myself first and encourage you to do the same: “have you felt the fever?” If not, “is there something wrong with my Īmān“?