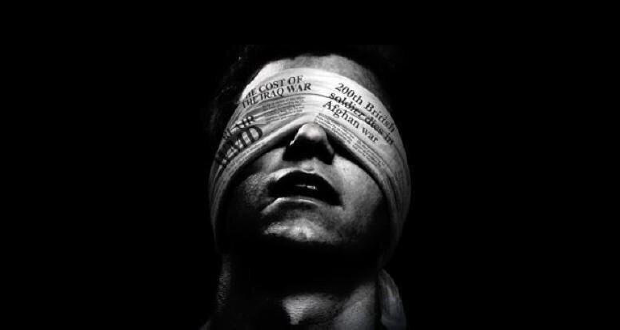 Tell that to the ravens

the last of their hopes

with the unwanted gifts

To mothers and wives

pulling on veils of grief

as they wash their dead

who wander dazed with thirst, alone

The representation of the war in Iraq was reduced to the level of a video game, largely due to a combination of rigid media management by the military, the fact that much of the action was waged from the air, and importantly due to a collective desensitisation of the human suffering. The world witnesses ‘clean’ images from ‘smart’ weapons, ‘surgical strikes’, ‘collateral damage’ and ‘soft’ targets. As Petley has explained, these euphemisms serve to complement the emptying of language of any connotations of human suffering.(1) In Wellingham-Jones’ poem, Clean War, a euphemism from the modern war vocabulary hides the death, carnage, rape and grief that war leaves behind. Chris Hedges commented that “we all speak with the same clichés and euphemisms…We accept, if not condone, the maiming and killing of others as the regrettable cost of war. We operate under a new moral code.”(2) War is “prosecuted by means of “surges”, “operations”, and “tactical strikes” – terms that imply the life-saving activities of doctors rather than the life-discarding ones of warriors. (3)

Wellingham-Jones’ reference to ‘ravens plucking out eyes’ is similar to the imagery in ‘Vultures’ by Chinua Achebe, the acclaimed Nigerian poet, in which vultures ‘picked the eyes of a swollen corpse’. In the latter’s poem it highlights the way in which human beings, specifically the Nazi Commandent at Belsen Camp, can both gas human beings to their deaths as well as show acts of kindness to others. We have the same contrast in the media image and military euphemism of a ‘clean war’. The second stanza is a particularly moving one, ‘To fathers cradling the last of their hopes in torn bodies’. It is the narratives of these ‘fathers’ that go largely unreported, like the husband of Huda Jabbar Mohammed Ali, a forty-year old innocent Iraqi killed by American forces. Huda now takes care of her five children on her own. Or maybe the case reported by Geoffrey Millard, a former sergeant of the 42nd Infantry Division deployed in Iraq from October 2004-October 2005 who wrote how a young machine gunner killed an innocent mother, father and two children. The boy was aged four and the girl was age three.(4) Or maybe the dozens of cases of Israeli state terrorism that Ramzy Baroud highlights in ‘Searching Jenin’. In each example we learn of a life, a human being, who had dreams, hopes, happiness and grief like the rest of us. We learn how each had siblings, a mother, father, relatives, neighbours, and friends and how the death of each victim has affected them all.(5)

The poet’s use of sibilance in the third stanza stresses the silent savaging of innocence, hushed away by a military that prides itself on decency and ethical standards or reluctantly disclosed by victims due to fear of communal shame and dishonour. Not only have reports by Amy Maki and Lucinda Marshall highlighted the cases of rape in the U.S. military, as well as the research conducted by Dr. Mic Hunter in ‘Honor Betrayed: Sexual Abuse in America’s Military’, but there are also countless cases of U.S forces having raped and sexually assaulted natives in the countries that they occupied. According to Toshiyuki Tanaka, 76 cases of rape or rape-murder were reported during the first five years of the American occupation of Okinawa in 1945.(6) Schrijvers writes that “many women” were brutally violated with “not even the least mercy.”(7) Who could forget the Mahmudiyah killings which saw the gang-rape and killing of a 14-year-old Iraqi girl by United States Army soldiers on March 12, 2006, and the murder of her family. Abeer Qasim Hamza, 14, was raped and murdered after her family, consisting of her mother, Fakhriyah Taha Muhsin, 34; father, Qasim Hamza Raheem, 45; and six-year-old sister Hadeel Qasim Hamza, were killed.

In the fourth stanza we have a sense of Antigone’s struggle; there will be no public act of grieving said Creon. It is women who are left to privately mourn the loss of their menfolk. For these ‘mothers and wives’ washing their dead there are no funeral services that take care of such arrangements. As Nguyen Quang Thieu brings to light in ‘On the Highway’, a poem that draws on the devastation caused by the war in Vietnam on ordinary Vietnamese women: “They walk like defeated soldiers, in silence…Like clouds floating heavy before a storm, The women walk in a line on the side of the highway. Where do they come from and where will they go…” Mothers and wives are left to carry the grief and burden left by the killing of men in war. The dangers of war for women go far beyond the violence of combat. Furthermore, the injuries inflicted on women are usually a rationale for continued conflict and resistance; in 1894 a Swedish missionary recorded a despairing Congolese song, part of which reads: ‘We are tired of living under this tyranny. We cannot endure that our women and children are taken away…’(8) For women, the threat of violence remains long after the fighting ends; washing their dead is usually only the beginning of their woes.

Finally, the children who have lost their fathers and brothers know that their war has not ended. Displaced, vulnerable to violence and abuse and separated from their families, malnourished and exposed to disease, children run the risk of being trafficked or illegally adopted. They ‘wander dazed with thirst, alone among ruins’. The media projection of human suffering in the lives of children in the East however is not the same as those in the West. Butler asks, ‘If 200,000 Iraqi children were killed during the Gulf War and its aftermath, do we have an image, a frame for any of those lives, singly or collectively? Is there a story we might find about those deaths in the media? Are there names attached to those children.”(9)