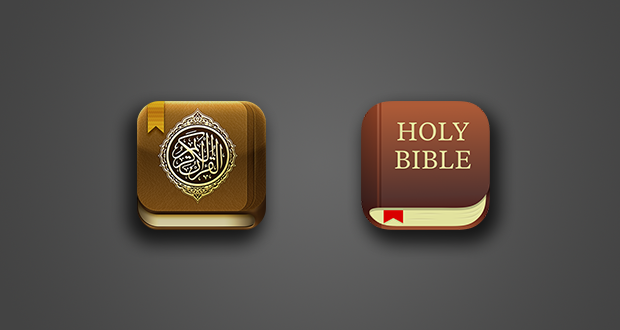 It is undisputed that Īsā (Jesus) has a very special status granted by Allāh (God). Not only is he a Prophet and Messenger but he is one of the five mighty messengers among Nūḥ (Noah) Ibrāhīm (Abraham), Mūsā (Moses) and the final Prophet and Messenger sent to mankind, Muḥammad (sall Allāhu ʿalayhi wa sallam) (ʿalayhim al-Salām).

Some of the favours Allāh (God) bestowed upon Īsā (Jesus) are mentioned, highlighting how blessed he was as a special figure without the need of being elevated beyond his due. Allāh will say,

The first of three favours mentioned are of being supported with the Pure Spirit. This refers to the Angel Jirīl (Gabriel) carrying revelation and commands to the Earth. He was sent to assist other Prophets, as well. Then, the miracle that made manifest his status was his being allowed to speak from the cradle. Thirdly, he was granted knowledge of the Torah and Injīl (gospel). A further three miraculous events were then gifted to him: giving life to the clay bird, healing the blind and leper and bringing certain dead individuals back to life. What is important to note is that after each mention of a miracle, Allāh (God) explicitly and emphatically states “with My permission”, explaining how He enabled such feats to happen and thus ridding any possible confusions in creed.

When Allāh sends Prophets to people He bestows favours upon them in various ways. Many a Prophet was given power by way of miraculous happenings so the people would obey him, realise his truthfulness and believe in the message they brought; that there is no God except Allāh (one God). Nūḥ (Noah) built the ark and all on Earth were destroyed except those who were aboard. Ibrāhīm (Abraham) did not burn at all when he was flung into the flaming fire his people prepared for him. Mūsā (Moses) was enabled to turn the stick into a snake in order to show Pharaoh a clear sign that he was sent as a Messenger and Warner from Allāh (God). During the time of Muḥammad (sall Allāhu ʿalayhi wa sallam) his companions witnessed water pouring from his fingers when there was no water available, they ate food which would have ordinarily catered for a few. And yet, with the Prophet (sall Allāhu ʿalayhi wa sallam) being enabled to bless it, it fed hundreds.

The REAL Christmas Story: How a Prophet was turned into a god

During the time of Īsā (Jesus), advanced knowledge of medicine was esteemed, so Allāh therefore enabled his Prophet Īsā (Jesus) to overshadow their achievements by curing what they could not cure and defying their supposed prowess. Similarly, during the time of Mūsā (Moses), the practice of magic and sorcery was seen as significant in determining social status. When Mūsā (Moses) was enabled to turn the staff into a serpent even the magicians realised this was beyond mere magic and so they prostrated and submitted to Allāh (God). During Muḥammad’s (sall Allāhu ʿalayhi wa sallam) time, mastering the Arabic language and its advanced eloquence of expression was seen as an auspicious accolade. However, when the people heard the Qur’ān they recognised this was something beyond man’s words. They were well-versed in the most eloquent of poetry but, in the Qur’ān, they found something without a single contradictory statement which, from a man, would be impossible especially considering it was revealed as speech and not writing and all humans, were they to speak consistently for twenty three years, at one point or another, are guaranteed to make major mistakes. Yet, incredibly, the Qur’ān stands even today as one book, unchanged and unchallenged in spite of its own challenge to produce something like it. It is the most read book in the world in its original language of Arabic and also the most memorised book in its entirety. The last favour mentioned is the saving of Īsā (Jesus) from the evil attempts to kill and crucify him. Neither plot was successful and he was raised in order to return before the establishment of the final hour.

And [remember] when I inspired to the disciples, “Believe in Me and in My messenger Jesus.” They said, “We have believed, so bear witness that indeed we are Muslims [in submission to Allāh].“[2]

This refers to those who were with Īsā (Jesus), aided him, and believed and understood the actual message he was preaching of monotheism. They witnessed miracles including one they asked Īsā (Jesus) to ask Allāh (God); to send down a feast as a sign to them.

[And remember] when the disciples said, “O Jesus, Son of Mary, can your Lord send down to us a table [spread with food] from the heaven? [Jesus] said,” Fear Allāh , if you should be believers.”[3]

Īsā (Jesus), knowing the seriousness of the request, urges them to fear Allāh (God). Knowing Allāh(God) is All Able, All Powerful, he asks the miracle of Him after the companions confirm it is to strengthen their faith further.

They said, “We wish to eat from it and let our hearts be reassured and know that you have been truthful to us and be among its witnesses.”[4] He thus supplicated.

Said Jesus, the son of Mary, “O Allāh, our Lord, send down to us a table [spread with food] from the heaven to be for us a festival for the first of us and the last of us and a sign from You. And provide for us, and You are the best of providers.”[5]

The response received shows the seriousness of the demand which Īsā (Jesus) had anticipated when he told his disciples to fear Allāh. Allāh said,

“Indeed, I will sent it down to you, but whoever disbelieves afterwards from among you – then indeed will I punish him with a punishment by which I have not punished anyone among the worlds.”[6]

After such a clear sign how could they dare and disbelieve? We now know the disciples were ardent believers aware of the punishment they would incur for deserting monotheism for polytheism especially after having witnessed the manifest miracle.

We now turn our focus to a moment of immense magnitude. Allāh says in the Qur’ān,

And [beware the Day] when Allāh will say, “O Jesus, Son of Mary, did you say to the people, ‘Take me and my mother as deities besides Allāh?'” He will say, “Exalted are You! It was not for me to say that to which I have no right. If I had said it, You would have known it. You know what is within myself, and I do not know what is within Yourself. Indeed, it is You who is Knower of the unseen.[7]

Īsā (Jesus) responds by totally affirming that Allāh (God) has no partner of any sort relative to any attribute. In his defence, Īsā (Jesus) explicitly states being aware and mindful of the penalty of polytheism. He then goes on to say that had he made such a claim Allāh (God), of course, would already know as He is the All Knowing so he merely asks rhetorically before His unrivalled majesty. He also states that, whilst Allāh (God) knows everything about him, he only knows about Allāh (God) that which He has revealed to him, just like all the other Messengers. He emphasises that Allāh (God) alone has complete knowledge of the seen and the unseen, the apparent and the hidden and that Allāh (God) is entirely independent whilst we are entirely dependent upon His aid.

Even the Angels and Prophets stand in awe and fear of the majesty of Allāh (God), the Sublime. Īsā (Jesus) confirms in the following verse how he strictly delivered the message of monotheism entrusted to him by Allāh(God). He will rightly argue that, after he departed the Earth and Allāh (God) raised him to protect from the plots of crucifixion, he was not witness to what his so-called followers did in dividing, distorting and changing the religion and idolising him.

I said not to them except what You commanded me – to worship Allāh, my Lord and your Lord. And I was a witness over them as long as I was among them; but when You took me up, You were the Observer over them, and You are, over all things, Witness.[8]

He affirms he has no authority over those who chose to call him God or the son of God, nor can he benefit them as he knows they are deserving of the punishment due upon them. All he says is,

If You should punish them – indeed they are Your servants; but if You forgive them – indeed it is You who is the Exalted in Might, the Wise.[9]

Allāh (God), with His complete justice, will say,

“This is the Day when the truthful will benefit from their truthfulness.” For them are gardens [in Paradise] beneath which rivers flow, wherein they will abide forever, Allāh being pleased with them, and they with Him. That is the great attainment.[10]

Those who believed in the truth of the Messengers that Allāh (God) is One and Alone, and acted according to His clear commands will be rewarded. As for the polytheists who made partners with the sovereignty of Allāh (God), what else other than a lasting, just punishment can they expect? Are those who pray five times a day in submission, every day without fail until they die, and those who repent regularly, fast and give charity to be treated like those who denied their Creator, attributed a share of His power to others and lived life heedless of the apparent and according to their desires? Would anyone just treat the two equally or similarly?