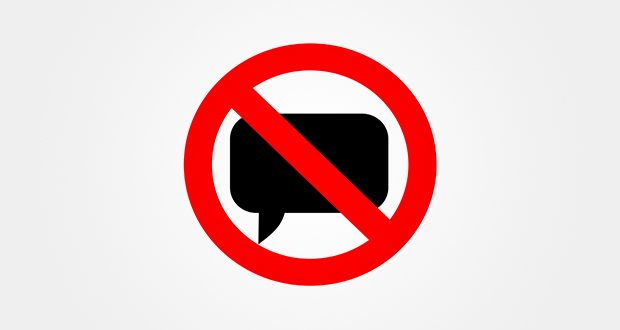 CAGE was due to launch its anticipated PREVENT national tour this week in an attempt to educate and empower communities on how they can challenge the discredited PREVENT policy, and to highlight some of our cases that demonstrate its many failings.

However in an ironic twist, PREVENT police have sought to silence these community events, by using all the tax payers resources at their disposal to block the PREVENT tour through the use of threats and intimidation. So far they have successfully intimidated four venues in Sheffield, Derby, Manchester and Luton, which were bullied into cancelling our bookings. Despite this, the events will go ahead as planned at alternative venues.

It seems clear that the police feel threatened by our criticism of a policy that is widely accepted as a failure. Have they not learnt the lessons from their treatment of Afro-Caribbean communities, that this sort of overreach and intimidation is not a good use of police time?

This is not the first time CAGE has endured this kind of pressure. It has become a somewhat regular occurrence that any event organised or attended by CAGE representatives will be approached by the PREVENT mafia in an attempt to silence our voice.

The fact that they fear a small organisation like CAGE speaks volumes about state overreach in silencing dissent, but it also explains the phenomenal growth in support for CAGE and the effect our work is having more broadly.

The tour will go ahead – Insha Allah

We will not be silenced by this intimidation. The tour will go ahead as planned. Please book your seats here and send a resounding message to PREVENT mafia that we will not be intimidated.

PLEASE SUPPORT OUR WORK AND DONATE TO OUR URGENT APPEAL

Bedfordshire police contact CAGE because of an ‘unhappy customer’!

CAGE received a call from Bedfordshire police wanting to speak to someone in connection with the Luton event on the 23rd of December. They said they had heard it had been cancelled and wanted to know if the event was still going ahead since an “unhappy customer” had told them they had bought their ticket and wanted to know if it was still going ahead.

They said this was a police matter as it was part of their “community engagement” to ensure that customers were happy and hence wanted to let them know of an alternative venue!

This call, despite seemingly innocent, was preceded by the PREVENT officials approaching two venues we had booked and effectively forcing them to cancel our event. The question is, if the police are so concerned about community engagement and ‘unhappy customers’, why would they pursue any venue that wished to host CAGE in the first place?

PREVENT police in Derby approached the mosque that was due to host our event and spoke to the Imam and the committee. They threatened in no uncertain terms to “cause major problems for them” if they went ahead with the event.

Local authority leverages its powers to cause Manchester venue cancellation

Similarly The Pakistani Community Centre in Longsight, Manchester, have cancelled the event after they were approached by the local authority requesting that they do so. It was clear to them that hosting the event meant would result in serious repercussions from the local authority.

Sheffield: A repetition of the same tactics

PREVENT officials approached the centre where we had booked the event and had a ‘chat’ with them about their role in the community. Despite acknowledging that campaigning against PREVENT is protected under the freedom of speech, they advised the imam and committee against hosting CAGE.

With the state powers and local authority behind them, ‘advice’ from PREVENT officials carries significant weight. Many institutions feel vulnerable due to the political environment and prefer not to attract further unwarranted negative scrutiny.

Another recurring theme that appeared is the use of the threat of a Charity Commission investigation in order to compel venues to cancel. This is despite the fact that the Charity Commission signed an Order of the Court agreeing that it “does not seek to fetter charities’ exercise of discretion” whether to support CAGE.

It also shows a tendency by the state to use different bodies with different powers to achieve its objectives of silencing dissent. These bodies include banks, the Charity Commission, police, local authorities, social services, teachers, doctors and so on, who all fall in line with the overarching Islamophobic PREVENT agenda.

The campaign against PREVENT will continue

Despite these bullying tactics, we are looking forward to seeing many CAGE supporters over the next few days as we campaign for an end to PREVENT, and dispel the myths of the government’s ‘radicalisation’ theories. Please bring along donations and, importantly, your voice.