Son of Mary – Servant of God 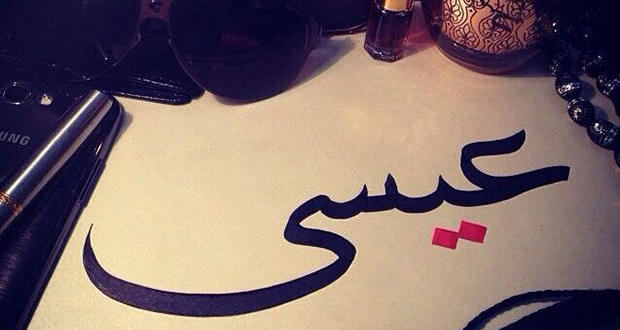 The custom of attributing children or partners to Allāh (God) is not new nor are most of the beliefs and claims of disbelievers. It is striking to see how, despite the varying generations of disbelievers having never met, many expressed the same utterance of disbelief in monotheism when addressing their respective Prophets. They either stubbornly wished to continue following the religion of their forefathers, even when its falsehood was apparent to them; insisted the particular Prophet suffered from madness or resorted to extreme threats in aversion to the truth. The Arab polytheists would also regard the angels as daughters of Allāh.

This next verse exemplifies how some figures are blindly followed and taken as lords; they make the permissible impermissible for their followers and the impermissible permissible to such an extent that the original and true teachings are completely transformed and lost. A classic example of this can be seen in modern-day Christianity with the likes of Peter and Paul who have become greater points of reference in terms of speech and religious authority than Īsā (Jesus) himself.

They have taken their doctors of law and their monks for lords besides Allāh, and (also) the Messiah son of Maryam and they were enjoined that they should serve one Allāh only, there is no god but He; far from His glory be what they set up (with Him).[2]

When Maryam (Mary) asked how she could give birth to a child when nothing had come close to her chastity, the reason is given to her from Allāh (God) that the miraculous birth is sent as a sign to mankind and will occur as whatever He decrees happens.

Even so; your Lord says: It is easy to Me: and that We may make him a sign to men and a mercy from Us, and it is a matter which has been decreed.[3]

This initial sign was followed with a second one after birth when the people questioned and slandered the chastity of Maryam (Mary). So, Allāh enabled Īsā (Jesus) to defend his mother and refute the corrupt claims by confirming from his cradle that he had been sent as a Messenger from his lord, just like many Messengers before him and like the one who would come after him, Muḥammad (sall Allāhu ʿalayhi wa sallam).

He (Jesus) said: Surely I am a servant of Allāh; He has given me the Book and made me a prophet.[4]

He goes on to explain what has been ordained by Allāh (God) as a matter of obligation upon the true believers:

And He has made me blessed wherever I may be, and He has enjoined on me prayer and poor-rate so long as I live;[5]

Īsā (Jesus) was a highly-esteemed, pious Prophet like all the others and he belongs to the five best ones sent amongst them.

Such is Īsā son of Maryam; (this is) the saying of truth about which they dispute.[6]

The supreme and sole majesty of Allāh (God) is maligned with attributing a son to Him for Allāh (God) resembles His creation in no way whatsoever. None has a share in His sovereignty and decision and His is the true and only dominion and kingdom. He does what He wills and is not questioned; His alone is glory and praise.

It befits not Allāh that He should take to Himself a son, glory to be Him; when He has decreed a matter He only says to it “Be,” and it is.[7]

And surely Allāh is my Lord and your Lord, therefore serve Him; this is the right path.[8]

It is clear right that both Maryam (Mary) and Īsā (Jesus) were very much blessed and protected by Allāh (God). Even before her pregnancy, Maryam (Mary) was granted nutritious fruits and provisions that were not in season, to the surprise of her guardian, Zakariah.

And We made the son of Maryam and his mother a sign, and We gave them a shelter on a lofty ground having meadows and springs.[9]

The Qur’ān highlights the resentment of the people when a truthful and reliable description is presented of the teachings of Īsā (Jesus).

And when a description of the son of Maryam (Mary) is given, lo! your people raise a clamour thereat.[10]

One of the reasons of his being sent to the Children of Israel was due to their having gone astray after Mūsā (Moses).

He was naught but a servant on whom We bestowed favour, and We made him an example for the children of Israel.[11]

And when Īsā came with clear arguments he said: I have come to you indeed with wisdom, and that I may make clear to you part of what you differ in; so be careful of (your duty to) Allāh and obey me.[12]

Although some Prophets were sent and past laws were abrogated, the central creed remained and each Prophet called and reminded the people to submit to and worship Allāh (God), alone.

Surely Allāh is my Lord and your Lord, therefore serve Him; this is the right path.[13]

Having seen the speech authentically attributed to Īsā (Jesus) and remembering the critical message of monotheism (believing God is one, the All Powerful, without partner), by pondering the purpose of all the other Prophets who taught their nations to worship God alone in total submission,[14] and then looking at the mission of Īsā (Jesus), a man sent by Allāh (God); chosen, blessed and protected like all the other Prophets, are we really suggesting that all other Prophets delivered the message of manifest monotheism and yet Īsā (Jesus) did the complete and utter opposite? Do we claim that he told the people to idolise him and take him as an actual part of, and a partner to, Allāh (one God)?

We must sincerely ask ourselves, is this cherished, crystal clear, non-contradictory choice in believing him and following the path of the Prophets preferable? Or, is polytheism preferable: a contradictory and confusing creed which maligns monotheism with evident man-made insertions, distorting central concepts and degrading the sublime status of the one Lord, creator and God, Allāh?

To conclude, let us turn our attention to few relevant aḥadīth.

Allāh’s Apostle said, “By Him in Whose Hands my soul is, the son of Mary (Jesus) will shortly descend amongst you people (Muslims) as a just ruler and will break the Cross and kill the pig and abolish the Jizya (a tax taken from the non-Muslims who are in the protection of the Muslim government). Then there will be abundance of money and nobody will accept charitable gifts.”[15]

Allāh’s Apostle said, “The Hour will not be established until the son of Mary (Jesus) descends amongst you as a just ruler, he will break the cross, kill the pigs, and abolish the Jizya tax. Money will be in abundance so that nobody will accept it (as charitable gifts).”[16]

I heard Allāh’s Apostle saying, “I am the nearest of all the people to the son of Mary, and all the Prophets are paternal brothers, and there has been no Prophet between me and him (i.e. Jesus).”[17]

Allāh’s Apostle said, “Both in this world and in the Hereafter, I am the nearest of all the people to Jesus, the son of Mary. The Prophets are paternal brothers; their mothers are different, but their religion is one.”[18]

Allāh’s Apostle said, “By Him in Whose Hands my soul is, surely (Jesus,) the son of Mary will soon descend amongst you and will judge mankind justly (as a Just Ruler); he will break the Cross and kill the pigs and there will be no Jizya (i.e. taxation taken from non-Muslims). Money will be in abundance so that nobody will accept it, and a single prostration to Allāh (in prayer) will be better than the whole world and whatever is in it.”[19] Abū Huraira added “If you wish, you can recite (this verse of the Holy Book): — And there is none from the People of the Scripture but that he will surely believe in Jesus before his death. And on the Day of Resurrection he will be against them a witness.”[20][21]

Allāh’s Apostle said “How will you be when the son of Mary (Jesus) descends amongst you and he will judge people by the Law of the Qur’ān and not by the law of Gospel?”[22][23]

The Prophet (sall Allāhu ʿalayhi wa sallam) said: “There is no Prophet between me and him, that is, Jesus (ʿalayhi al-Salām). He will descend (to the earth). When you see him, recognise him: a man of medium height, reddish fair, wearing two light yellow garments, looking as if drops were falling down from his head though it will not be wet. He will fight the people for the cause of Islām. He will break the cross, kill swine, and abolish jizya. Allāh will perish all religions except Islām. He will destroy the Antichrist and will live on the earth for forty years and then he will die. The Muslims will pray over him.”[24]

“By the One in Whose hand is the soul of Muḥammad, there is no one of this Ummah, Jew or Christian, who hears of me then dies without believing in that with which I have been sent, but he will be one of the people of Hell.”[25]

[14] The Arabic term for this is “Islām” and the one who follows this is a Muslim.