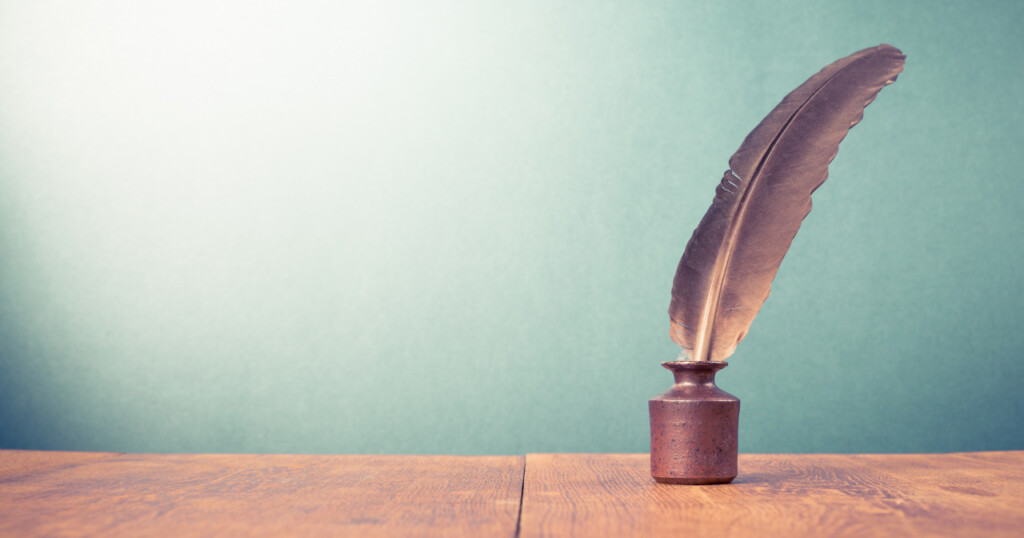 Common people view scholars as the embodiment of Islam itself. The previous article in this series highlighted the strong tone and critique adopted by the scholars of the past at those who frequent the doors of political authorities for worldly gain. According to Ibn Hajar Al-Haytami (d. 973AH), for scholars to show “lack of favouritism towards one another is of the greatest characteristics of this Ummah and of Allāh’s greatest bounties upon it”.[1]

The scholars of Usūl[2] differed concerning taking knowledge from the evil and debauched (Fāsiq) scholar. The scholars held that one must instead take their knowledge from a devout scholar. Many held that this devoutness (Warā’) is closely related to the nature of a scholar’s relationship with the political authorities and to the extent of advice and counsel they direct at those in power. As such, al-Subki and al-Qarāfi would use the term Fāsiq in reference to scholars who flatter debauched authorities, despite such a title usually afforded to those who commit major sins.

The usage of this term emphasises the obligation of maintaining scholarly prestige and reputation, which are where a scholar’s authority over (and respect from) the masses is derived from.

Taqlīd – defined as the justified conformity of a layperson (Muqallid) to the teachings of a scholar – is an enormous form of scholarly authority. The compromise of a scholar’s prestige will impact Islam’s standing and practice amongst the layman Muqallid. Many a time, trends of people leaving Islam have come hand in hand with the misbehaviour of scholars.

In an attempt to warn their counterparts of becoming contingent on the political establishment, and to emphasise the gravity of such, many scholars authored books focusing on this subject. Mahmud b. Ismā’il al-Khairbaiti (d. 843AH) titled his book The Pearl in Giving Advice to the Sultans, Judges, and Leaders (Al-Durrah Al-Gharrah fī Nasīhat Al-Salātīn wa Al-Qudā’ wa Al-Umarā’). The famous scholar Jalāl al-Dīn al-Suyūti (d. 911AH) composed a piece titled What the Masters Narrated Against Visiting the Sultans (Mā Rawāhu Al-Asātīn fī ‘Adam Al-Majī’ ilā Al-Salātīn).

The Champions of Society

Keeping a gulf with the political establishment did not mean that the scholars of the past distanced themselves from public affairs, or influence on state politics for that matter. On the contrary, scholars were spokespeople for the poor, needy, and oppressed in society, championing their causes and addressing their concerns.

The laity would resort to the scholars when faced with any challenge, seeing the latter as the institution of religious and public affairs who are best acquainted to address them fairly whilst being devoid of any political leanings. We see this in Abu ‘Abdullāh b. al-Farrā’ al-Andalūsi, the scholar and jurist of Almeria in Al-Andalus, Spain. Ibn al-Farrā’ was martyred fighting alongside the Almoravid leader, Ali b. Yūsuf b. Tashfīn. Addressing Ibn Yūsuf regarding the taxes he collected to fund one of his expeditions, Ibn al-Farrā’ said:

“This wealth that you have dubbed ‘assistance’ (al-mā’ūna) has been taken forcefully and illegally from the orphaned and needy. You are responsible for this… and it is all in your records (of deeds). Perhaps some of the evil scholars recommended that you do this?”

Ibn Yūsuf was affected by this and ordered the reimbursement of one third of the money back to its owners.[3]

Many scholars who followed did the same, most notably Al-‘Izz b. ‘Abd al-Salām (d. 660AH), the gallant scholar who lived during the era of Mongolian invasions. Ibn Abd al-Salām was so involved with public affairs and championing society against the establishment’s over-involvement that he became nicknamed the “Sultan of the Scholars” and the “Seller (or Disposer) of Leaders”.

Leading up to the clash with the Mongol army in 666AH, the Mamluk Sultan Al-Dhāhir Baybars (d. 676AH) began imposing taxes on the people of Greater Syria to finance his army. Despite scholarly edicts supporting the Sultan and the severity of the situation ahead of an enormous battle, Imam al-Nawawi (d. 676AH) strongly opposed the move. Addressing the Sultan, he said:

“I am aware that you were owned by Amir (‘Alā’ al-Din) al-Bunqudari, possessing no wealth, then Allāh helped you to attain leadership over the Muslims. I also heard that you own thousands of slaves, each of whom owns a saddle-belt worth a thousand dinars. You further have one hundred female slaves, each of whom owns a container containing jewellery worth ten thousand dinars. When you use all of this (to fund your army), I will issue a verdict allowing you take the wealth of your community.”[4]

These examples were not limited to sporadic instances in the personal autobiographies of great scholars. Instead, they formed part of the body of jurisprudential texts and education, and were of the moral and methodical necessities transferred to students of knowledge throughout history. For instance, most of the scholars of the Hanafi and Maliki schools would opine that Zakāt cannot be paid to an unjust ruler as he is unlikely to spend it correctly, thus harming society more than benefitting it. Such rulings contain the intentional dimension of not only curtailing the establishment, but also empowering society to morally ‘punish’ the political establishment and make it feel rejected should it lose sight of justice.

The vast majority of scholars deemed financial independence one of the most important factors in ensuring objectivity. Imam Abu Hanīfa (d. 150AH) firmly refused a position of judgeship on behalf of the Abbasid Caliph al-Mansūr (d. 158AH) because Abu Hanīfa, according to Imam al-Fudayl b. ‘Iyād, “would strive towards perfection, point towards good, and flee from the Sultan’s wealth.”[5] The Imam’s involvement in the silk trade despite the possibility of taking up public office was to maintain his independence. Likewise, the scholar and Muhaddith Sufyān al-Thawri would sell oil and invest the inheritance he received from an uncle who lived in Bukhara (in modern-day Uzbekistan).[6]

In his work Hilyat Al-Awliya, Abu Na’īm al-Asfahāni (d. 430AH) recounts that Sufyān al-Thawri once rebuked one of his students for denouncing the Imam’s occupation in business:

“Be quiet! If it were not for these few dinars, these kings would have used us as (one uses) tissue.”[7]

It was further reported that Sufyān al-Thawri would say:

The scholar al-Fudayl b. ‘Iyād (d. 187AH) would, “despite his poverty and need, avoid accepting the Sultan’s wealth”.[9] Imam Ahmad b. Hanbal (d. 241AH) would utterly refuse gifts from the political establishment. It is even said that “he would not enter (some of) his relatives’ houses, those they are residing in, or benefit from anything of theirs because of their accepting money from the Sultan.”[10] This is despite Imam Ahmad being against the armed upheavals against the political establishment that existed in his time. Nonetheless, this demonstrates his insistence on keeping well away from being compromised by those in charge.

We must note that Imam Ahmad did not see accepting gifts as illegitimate under all circumstances. He held that one could accept gifts if it could be determined that the gift is completely legitimate and comes without conditions. When the Abbasid Caliph al-Mutawakkil (d 247AH) allocated a stipend of four thousand dirhams to Ibn Hanbal’s children, the Imam rebuked them by saying:

“Why do you accept it when the (military) fronts are vacant and the spoils are yet to be distributed? If I knew that this wealth was taken legitimately, containing no injustice, I would not have been reluctant (to allow you to take it).”[11]

It is through this lens of sheer dedication to the Sunnah and resistance under enormous political pressure that we better understand the title of Ibn Hanbal as the ‘Imam (Leader) of Ahl Al-Sunnah’.

The third and final article in this series will shed some light on how the scholars of the past earned a living whilst maintaining their crucial independence and separation from the grip of political establishments. We will further discuss the challenges in reviving the independent tradition under contemporary systems and the need for creativity and vision to achieve that end. And Allāh knows best.

[2] Legalistic ‘principles’ or ‘roots’ of Islam.

[7] The Arabic word is tamandal, referring to how a person uses a cloth or tissue to wipe their face or nose before throwing it away.