The ethnic cleansing of Muslims 30 years ago that few remember 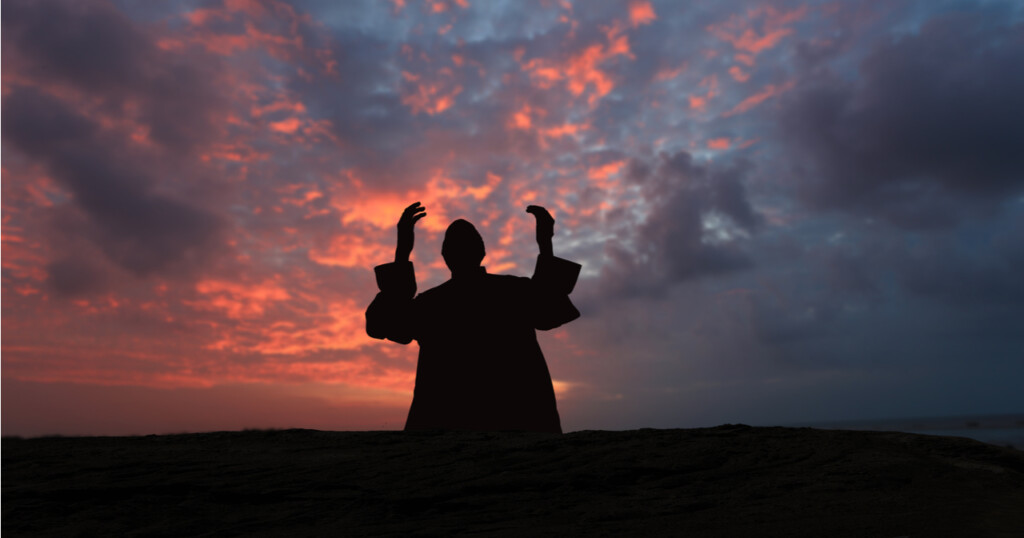 Every story of ethnic cleansing is heart breaking. Some have been forgotten, overlooked in favour of others that were on a larger scale, yet they were driven just as much by hatred and unsettling prejudices. In the larger context of the many humanitarian crises that beset Sri Lanka during and after the long and bloody ethnic conflict, it is unfortunate that the well-orchestrated ethnic cleansing engineered through the forcible expulsion of the Northern Muslims from their traditional homeland three decades ago by the ruthless Tamil Tiger movement has been virtually forgotten. The Tamil Tigers, also known as LTTE, were fighting for a separate homeland in north-east Sri Lanka, but were eventually defeated by the Sri Lankan armed forces in May 2009.

To date, the destitute Muslim community of Northern Sri Lanka remains voiceless, with their struggle for justice being shunned by both the majority Sinhala and the minority Tamil political leaders, and sadly marginalised even by their own Muslim community. This was a ‘Nakba’ (‘catastrophe’ or ‘disaster’ in Arabic) indeed! In its current usage, this term connotes any historical catastrophe inflicted on an innocent and blameless people. The Northern Muslim community rejects the perception of this Nakba as an ‘event’ that concluded – they continue to see it as a way of life and an ongoing journey of pain, loss, and injustice.

Dubbed as ‘Black October 1990’, this is one of the most deplorable episodes in the Muslim history of Sri Lanka. In the peak of the ethnic war, some 75,000 Northern Muslims from five districts were forcibly expelled from their houses by the Tamil Tigers under threat of death in the most inhumane way. This was despite the Tamil and Muslim communities sharing many similarities in language and traditions, and was done in order to create a mono-ethnic region. The Muslims were given 48 hours (in some instances only two hours) to leave their homes, and were allowed to take only a measly 300 Sri Lankan rupees per family and some clothing. Everything, including milk powder for toddlers, was confiscated. Like the Zionists, the abruptness of this warning and the severity of its decree characterised the operations of the LTTE, for they neither entertained any pleas nor accommodated any questions.

After expelling the Muslims, the LTTE cordoned off the homes with ropes to give the impression that the evictions were only temporary and that the properties would be protected until their owners returned. This proved to be an illusion. Many of the victims walked for as long as three days, only accessing transport when reaching the border towns further south. Estimates of the economic loss were colossal (around 5 trillion Sri Lankan rupees) in properties and livelihood. The locals in Puttalam, a district situated near the west coast of Sri Lanka, received the Muslims who sought refuge there. However, an environment of tension, hostility, and violence arose between the displaced Muslims and the host population due to resource shortages and other compelling factors.

Consequently, an entire generation of Muslims was born and raised in refugee camps. While some of the territory where their homes had been located came under state control in the years following their eviction, fear kept most of the Muslim population away from the North. The return of the expelled Muslims became complex as they are characterised not only by a separate religious identity but also by a separate ethno-cultural identity. Shattered by the trauma of eviction and languishing in the squalor of camps for years, these Muslims yearned for a return home. However, this proved a bitter experience. There appeared to be a collective resistance to their return. Only a few registered Muslims were able to return, and they faced difficulties in regaining their lands and rebuilding their damaged houses and properties. As Dr. Hasbullah[1] writes, “The Muslims who lived for centuries in the northern province have the right to return and resettle in their traditional villages. Continuously neglecting to help them resettle is a denial of their right to live in their lands.”

However, there was a lack of visible bitterness on the part of the Muslim victims against Tamils. They realised that it was the LTTE that was responsible for their predicament and the reasons for it. As the reputed Tamil journalist Jeyaraj wrote, ‘This magnanimity in spite of the injustice meted out to them shames the Tamil community at large’.[2] The expelled Northern Muslims constantly reminded the Tamils that “the North is our homeland too”.

The Muslims of Sri Lanka are not aliens. They have a proud history of over 1000 years. Their contributions and sacrifices are quite significant in safeguarding the integrity of the island nation and also its development. This refugee crisis was precipitated by the Muslims’ unshakeable opposition to the Tamil Tigers’ separatist cause. Despite these huge sacrifices, the radical nationalist forces within the majority Sinhalese community sadly openly challenged the resettlement of the refugees. It was a pity that the harrowing eviction of Northern Muslims and its consequences are seldom discussed in Tamil politics in the North, let alone any meaningful action taken to remedy the injustice. Tamil civil society institutions hardly expressed their opposition to the eviction or voiced sympathy toward the Muslims. Even the Muslim leaders were found wanting in taking up their cause seriously, although they lent emotional and material support through various charitable initiatives.

At least one third of Muslims live in the conflict-affected North and East of the country, and so have a significant interest in the outcome of the ethnic war, which lasted for thirty years. However, the Muslim factor was unjustly ignored in the conflict resolution. The end of the war in May 2009 brought some hopes for a return of the refugees, but the absence of a resettlement policy, an unwelcoming Tamil bureaucracy, and severed relations with the Tamil community crippled the process. The government failed to protect the Muslims in government-controlled areas in the face of the expulsion orders of the Tamil Tigers. Even President Mahinda Rajapaksa’s promise to appoint a Presidential Commission to inquire into the expulsion was never fulfilled. As a matter of fact, the Northern Muslim refugees have always been a low priority for the government in respect of their return and resettlement assistance. The government and NGOs did not establish any concrete programme to facilitate the settlement of displaced Muslims. Without a credible resettlement policy, there is little support from the state for these families to return to their homes. In this context, the Northern Muslims have been compelled to assert their victimhood in order to qualify for assistance within a narrow field of possibilities.

Generally, the mainstream discourse reduces the ethnic issues in Sri Lanka to one of solving the ‘majority Sinhala, minority Tamil’ problem. International perceptions limit the understanding of the political issue in Sri Lanka to simply an ethnic conflict between these two communities, completely ignoring the wider significant Muslim dimensions, but “the political history of the country, its fissures and conflicts are far more layered and complicated. The challenge is to engage the social dynamics of class, caste, gender and, of course, ethnic differences, while not allowing the powerful singular framing of a Sinhala-Tamil conflict to over-determine the process of reconciliation.”[3]

A society is judged on how it treats its poorest and most vulnerable citizens. Thus, merely remembering the Nakba of the Northern Muslims will be meaningless if a new plan for post-war resettlement, ethnic reconciliation, and a political solution that is recognised both nationally and internationally is not formulated and implemented. It is time for the political elite to evolve a more inclusive resettlement framework. It must accommodate diverse concerns and grievances (including socio-economic ones) on the permanent resettlement of the Northern Muslims.

There has been an exponential rise of anti-Muslim racism after the disastrous terror attacks in Sri Lanka on Easter Sunday last year, which was blamed on a radical Muslim fringe group. This, together with the recent election of an ultra-nationalist government, sees the rays of optimism for national reconciliation and justice fading. However, unless honesty, sensitivity, and understanding from all communities and stakeholders are practiced in post-war development and reconciliation in dealing with minority issues (including the permanent resettlement of Northern Muslims), Sri Lanka will have no hope to heal from the wounds of war.

[1] Hasbullah, Shahul Hameed. 2004. Justice for the displaced: The case of the forgotten minority in Sri Lanka’s ethnic conflict. In: Sri Lankan Society in an Era of Globalization: Struggling to Create a New Social Order