How will your life end? 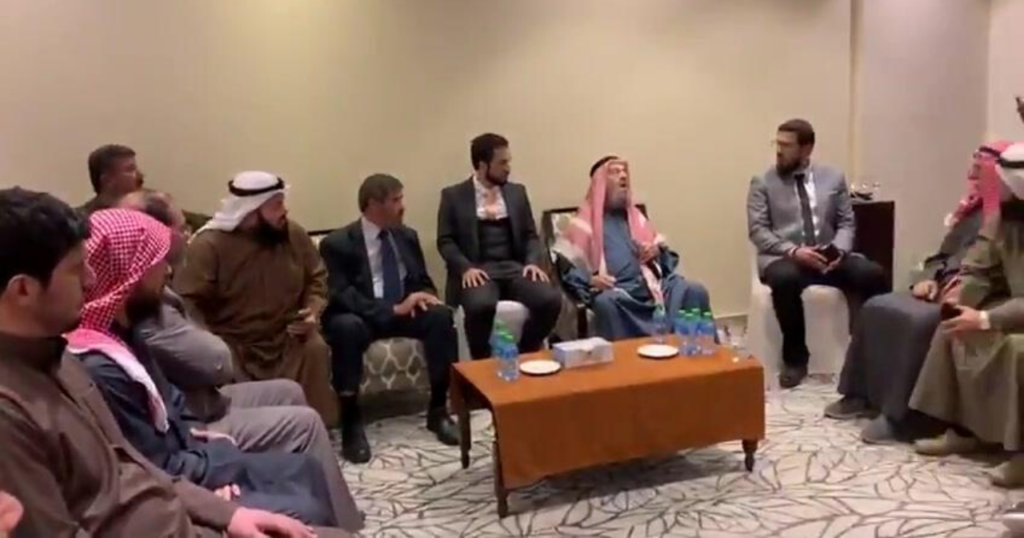 “Beware of a day when you will be returned to Allāh and every soul will be paid in full for what it did and no one will be wronged.”

Death. The ultimate, universally accepted, inescapable truth. One day – perhaps sooner than anticipated – that call in the middle of the night will be for you. Households will be woken, and frantic funeral arrangements will be made whilst your mourning family is consoled. People will gather around you to speak of you, but not to you. In the silence of a graveyard, the earth will beckon as your family reluctantly lower your body into a pit.

A recent video of an elderly man reminding a wedding congregation about the importance of marriage and the gentle treatment of women has gone viral. Whilst giving the reminder, the elderly man announced the kalima (proclamation of faith), before passing on to the next life. The poetry of speaking about the start of a new life for the married couple only for his own to end was not lost on many.

This video is an opportunity for us to reflect on our own passing to the next life. Yet many will watch the video, become startled, then move on without allowing what they watched to make any meaningful impact on their lives. To do so would be to squander a priceless opportunity because, for many of us, our own deaths is our first and final experience of a dying person.

What happens at the end?

There was a moment in the video where the Sheikh pauses and looks surprised. Perhaps it was at this very moment that he saw the angels. Our noble Prophet (sall Allāhu ʿalayhi wa sallam) said:

“Verily, when the believing slave is about to depart this world and enter the Hereafter, there come down to him angels from heaven with glowing faces, as if their faces are the sun. They bring with them one of the shrouds of Paradise and some of the perfume of Paradise. They sit with him as far as the eye can see. Then the Angel of Death (Peace be upon him) comes to him and sits by his head and says, ‘O pure soul, come out to the forgiveness and pleasure of Allāh.’ Then his soul comes flowing out like a drop of water flowing from a cup. Then he takes the soul and no sooner does he seize it but it is placed in a perfumed shroud. From which comes the most excellent fragrance of musk to be found on the face of the earth. The angels then ascend with it and they do not pass by any group of angels but the angels ask, ‘Who is this pure soul?’ and they reply, ‘It is so and so, the son of so and so’ – using the best names by which he was known on earth. Then they bring it to the lowest heaven, and ask for the gates to be opened, and it is opened for him. Those who are of high rank in each heaven accompany it until they approach the next heaven, and so it goes until it reaches the seventh heaven. Then Allāh, may He be glorified and exalted, says: ‘Record the book of My slave in ‘Illiyyūn and take him back to the earth, for I created them from it, and I shall return them to it, then I shall take them out from it again.’ Then his soul is returned to his body and two angels come and make him sit up.”[2]

As for an evil soul, Allāh says:

“If you could only see the wicked in their death agonies, as the angels stretch out their hands to them saying: Let out your souls, today you will be repaid with a humiliating punishment for saying false things about Allāh and for arrogantly rejecting His signs.”[3]

Also read: The A to Z of Death

Are you ready to meet Allāh?

What are you concerned about? Is it paying the bills, an impending exam, your child’s development, or a work deadline? Whatever is weighing heavy on your mind, it may or may not come to pass. Yet an event that cannot be escaped, skipped, or delayed is the reckoning with the Master of the Day of Judgement. After recently being told that his cancer was in remission, a brother who is close to me gave me some advice on this matter.

After coming face to face with the prospect of death, this brother said to me that although he was looking forward to meet Allāh, he regretted the life he had led and the many missed opportunities. He gave me the following advice:

Be greedy with your time: Do not count the days; make the days, the hours, the minutes, and the seconds count. Wake up every morning grateful for another day to get closer to Allāh, to earn His pleasure, even though nothing we could do would ever be enough. Make the most of ‘empty time’ – that time when your mind is idle. For instance, when you are washing the dishes, make sure to simultaneously make adhkār. When you are walking up the stairs, say Allāhu Akbar. When you are waiting at a set of traffic lights, make istighfār. You would be amazed how much ‘empty time’ you have in the day and how much reward you could accumulate. You only have one life on this earth; one chance to gain the highest place in Paradise that will last an eternity, so seize the day.

Be generous with your money: Prophet Muhammad (sall Allāhu ʿalayhi wa sallam) is said to have never declined a request; he either donated his money or, if he was unable to, made supplication for that person. If we take a look around the world, we see our brethren surpassing us in every aspect of the religion. Their defence of the religion, their memorisation and recitation of the Qur’ān, their fasting, and their voluntary prayers make our deeds pale in comparison with theirs. However, there is one deed we can compete with them in: charity. Allāh (subḥānahu wa taʿālā) has blessed the Muslims in the western world with riches, and it is incumbent upon us to strategically use this to improve the state of our Ummah.

Be brave: We live at a time when there appears to be no sanctuary for Muslims. In the West, law-abiding Muslims are seen as a fifth column. In the East, they are interned in modern-day concentration camps. Those who have the courage to speak out are ostracised by the community and harassed by the powerful. Yet it is at such times that gold is struck. It is at these times that bold and brave voices that refuse to be silenced are recorded by history. Do not be cowed; make your voice heard.

Make your prayers count: What surah did you recite for dhuhr yesterday? You may struggle to recall the specific surah, but ask yourself: if you had met a king or president yesterday, would you remember the conversation? What is prayer but a conversation between a slave and his Master? If you want to distinguish yourself before Allāh, call out to Him when others are blissfully sleeping in their warm beds.

The time for Tawbah is now: Whatever mistakes you have made in your life, you have not murdered 99 people. Yet our Prophet informed us how a man who had murdered 99 people and then repented was forgiven by Allāh. Realise that it is Allāh who has guided you to see that video, possibly out of His love and mercy for you, His slave. Don’t waste this golden opportunity.

But also, do not let Shatān fool you into thinking you are somehow doing Allāh a favour by returning to Him. Make no mistake: Tawbah is for your benefit and yours alone. It is only for your own salvation. Allāh says:

Regular recitation of the Qur’ān: Even if you recite one āyah, do not let any day pass without reciting the Qur’ān. The result in your īmān, in the blessings in your life, and in your relationships will be miraculous because this Book is from the Creator of the Heavens and the Earth. Even if you stutter in your recitation, perhaps your sincere recitation with its difficulty is more beloved to Allāh than someone who recites fluently without any appreciation of whom these words have come from.

Seek out those in need: Prophet Muhammad said: “The most beloved people to Allāh are those who are most beneficial to people. The most beloved deed to Allāh is to make a Muslim happy, or to remove one of his troubles, or to forgive his debt, or to satiate his hunger. That I walk with a brother regarding a need is more beloved to me than that I seclude myself in this mosque in Medina for a month.”[5]

Forgive others so that Allāh may forgive you: there is no better example of this than of Abu Bakr forgiving a relative who spread false and malicious rumours about our mother Aisha (may Allāh be pleased with her). Or consider the man (who until this day remains nameless) whom the messenger of Allāh said was a man of Paradise. What was his secret? Every night he would empty his heart of any rancour towards the believers.[6]

Have a lofty ambition for yourself and this Dīn: Value yourself and make yourself valuable to this Dīn. You have not settled for mediocrity in this material world, so how can you be content with being ordinary in the next? Make your life extraordinary.

Keep your eyes on the prize: Allāh says:

“Blessed is He in whose Hand is dominion, and He is over all things competent. It is He who created death and life to test you as to which of you is best in deed – and He is the Exalted in Might, the Forgiving.”[7]

Notice how Allāh placed “death” before “life” – it reminds us that, whatever this life throws at you of hardship and tests, the real life for the believer comes after we die.

Finally, how will you meet your Lord?

All of us will meet our end but at a time and in a manner we do not know. Allāh chose for us to witness this elderly Sheikh move onto the next life at a time when he was giving da’wah with his last deed to be the proclamation of faith. May Allāh have mercy on him, make his grave from the gardens of Paradise, and elevate his ranks. This Sheikh also spoke about our beloved Messenger dying on the lap of our mother Aisha (radiy Allāhu ‘anhā). It is powerful to reflect that the final words spoken by our Messenger, the best of mankind (sall Allāhu ‘alayhi wa sallam), were:

“Whoever obeys Allāh and the Messenger will be with among those whom He has blessed: The messengers, the truthful, the martyrs and the righteous. What excellent companions these are.”[8]