The optimism of the early Muslims 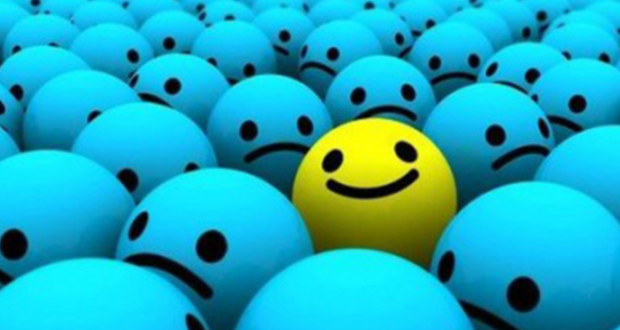 In Pursuit of Optimism – Part 3

Optimism in the Companions and Pious Predecessors

Knowing that he would not live with us forever, the Prophet (sall Allāhu ʿalayhi wa sallam) was very eager to inculcate the value of optimism within his companions and indeed he would succeed in doing so wonderfully.

The second Khalīfah, ʿUmar b. Al Khattāb received a letter from the Muslims of Kūfa who wanted to consult ʿUmar regarding an expedition against the Persians. When ʿUmar received the letter, he asked the messenger of his name and upon hearing his name, ʿUmar became overjoyed! His name was Quraib b. Thafar (“Quraib” referring to proximity and “Thafar” referring to victory) and so ʿUmar said:

It is remarkable how ʿUmar was able to extract branches of optimism from within his very name! Thus, leading to the great battle of Qādisiyyah, emissaries were sent to the Chosroes (Yazdgerd III) for negotiations. The Chosroes said: “Who is your most honourable one?” Āsim b. ʿAmr al Tamimi stepped forward and said: “I am”, thinking that he would be slain. At this Yazdgerd ordered that a basket of dirt be thrown over ʿAmr’s head and he mockingly said to ʿAmr, “Are you the most honourable of them?!” ʿAmr replied, “Yes, I am”. Then Yazdgerd said, “If it were not that messengers are not killed, I would have killed you all, go away I have nothing for you.” The delegation promptly left and returned to Saʿd b. Abī Waqqās full of joy, with the basket still on ʿAmr’s head. While laughing he turns to the delegation and says: “They willingly gave us the land of Persia!”

Equally, we learn in history that when Palestine was still under the authority of the Christian crusaders, the great Muslim commander, Nuridīn Zinki, he requested that a huge pulpit be built upon which the first sermon will be delivered in Jerusalem when Palestine is reclaimed! His action demonstrates amazing optimism, a planning for victory in advance and great hope in Allāh!

The pulpit was thus built in a region of Syria known as Halab (Aleppo) but Palestine would only be reclaimed years after, during the reign of Salahudīn al Ayyūbi who ordered that the pulpit be carried from Syria to Palestine until it was erected in Al-Aqsa Masjid where its remnants stand today. The first sermon following the conquering of Palestine was delivered upon it and it remained up until 1969 when Al-Aqsa mosque was set ablaze by Jewish extremists.

Optimism: the art of Personal Pragmatism and Success

As the subject of this section suggests, there is a direct link between optimism and being pragmatic in life. This is because optimism helps you move forward, putting behind you any failures in life. It is the driving force that propels you to do what is right at the right time and place while concurrently having faith and a good opinion of Allāh for matters that are not within your control. This is the unadulterated recipe of success in life!

In recent research that emerged from Harvard School of Public Health, it was found that the most optimistic individuals had an approximate 50 per cent reduced risk of experiencing an initial cardiovascular event compared to their less optimistic peers. In another study examined, involving 300 men and women having bypass surgery, those with an optimistic outlook were also 50 per cent less likely to be admitted to hospital for heart problems or surgery complications six months later.

Even when we look at the verses which deal with one of the most difficult issues in life, namely divorce, look carefully at how the verses end:

“But if they separate (by divorce), Allāh will provide abundance for every one of them from His Bounty.”[2]

“And whosoever fears Allāh and keeps his duty to Him, He will make his matter easy for him.” [3]

What can we take from this? Even when a woman is grieved by separation, a husband is distraught and the couple are consumed by despair and uncertainty, Allāh’s words open up the horizons for the possibility of good. How beautiful is our Deen! Our Lord is great and our Deen is positive.

There is no bad luck in colours or numbers, even if that number is 13. The people of Tafāʿul (optimism) are those whom when they see the sun, they do not dwell on its scorching heat, but they ponder over the light which it provides. They are those whom when they see the sea, they do not think of those whom it drowned, but they ponder over the amount of people who have traded and benefited by sailing its waters. They are those who turn a blind eye at the negativities of a Muslim friend, parent or spouse and remember the goodness which overwhelms their evil.

Because it has a direct relationship with Īmān, it is an indication that one’s hopes in Allāh are great and one suspects good of Allāh. He who finds himself characterised by pessimism and negativity should urgently revisit his ʿAqīdah, his creed and his relationship with Allāh. What has your opinion and expectation of Allāh become?

The whale did not consume the body of Prophet Yūnus. The knife which passed over Ismaʿīl’s neck did not harm him. The fire which Ibrāhīm was thrown in did not burn him. The sea which Mūsā crossed did not drown him. The jail that Yūsuf was thrown in only built him.

How silly would one therefore be to imagine that the ideological campaign to silence Islām and the Muslims will succeed? Or that prolonged waiting for marriage, a child or for work means that it is not going to happen? Remain optimistic and instead of the standard, “Oh Allāh, we have a burden that it is great”, lets also make it, “Oh burden, I have a Lord who is Greater!”

This is the trait of the believer, in moments of difficulty and ease, even during death! Jabir b. ʿAbdillāh said that “I heard the Prophet (sall Allāhu ʿalayhi wa sallam) say, three days before he passed away:

“Let none of you die unless he has good expectations from Allāh.”[4]

Yes, I am dying but I am returning to a merciful lord, yes my sins are great, but Allāh’s forgiveness is greater. Even during death, the Muslim is to be hopeful and optimistic. It is important to note that the Islamic understanding of Tafā’ul, optimism, is not merely a feeling that makes one happy. It is an aspect which is necessarily merged with action. One must not sit back and relax under the banner of Tafā’ul, whilst everyone else works and strives. No! The Islamic understanding of optimism is one which consists of work, activity, planning and Duʿā’ while Tafā’ul should be an end product of that effort. A feeling that pushes a person to have good expectations of Allāh and pushes you to be pleased with whatever He decrees.

[4] Muslim 441 on the authority of Jabir b. ʿAbdullāh (raḍiy Allāhu ʿanhu)