Practical and spiritual advice for those going to Hajj 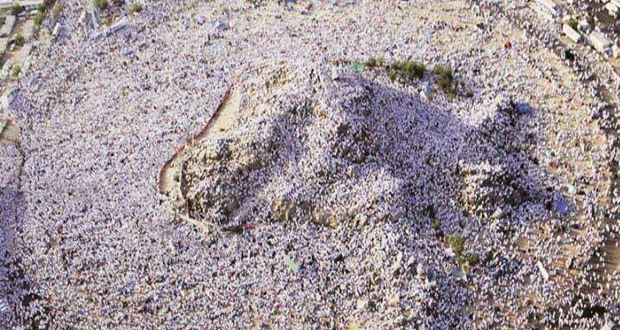 Alḥamdulillāh, we are upon that time of year once more when those who have been chosen by Allāh to visit His blessed house and perform Ḥajj are preparing to leave by reading up on how to perform Ḥajj in the correct manner. Though this is good and necessary, I would like to propose some points with regards to extra actions you can do to magnify your reward by the will of Allāh, as well as to share with you some advice that is not commonly given.

1) From the moment you enter the state of iḥrām, the best dhikr you could make is the talbiyah,

Some scholars have said that during this time, this dhikr is even better than reciting the Qur’ān. You stop saying it when you begin umrah. You start again when you enter the state of iḥrām for Ḥajj and you stop once more when you throw the stones (jamarat) on the day of Eid.

It is narrated that when the saḥābah entered the state of iḥrām, by the time they had travelled to الروحاء  (one day’s travel from madīnah), they had lost their voices from the constant saying of the talbiyah.[1] When saying the talbiyah, be conscious that what you are saying is literally affirming your answer to Allāh’s call so have this in the back of your mind whenever you are performing the talbiyah, so that you are constantly affirming your intention to carry out this great act of worship. What an honour it is and what a great matter you are embarking upon.

2) When you are on the plains of ʿArafah, sit down to conserve your energy, just as the Prophet (sall Allāhu ʿalayhi wa sallam) was sat on his camel,[2] and make plenty of duʿā’, not stopping except to drink water, until the sun has set. These few hours are a once in a lifetime opportunity so do not let them pass easily. If you ever get stuck on what to say, then constantly repeat the best duʿā’ a person can make on the best occasion for them to make a duʿā’ (at ʿArafah), which is to say لا اله الا الله وحده لا شريك له له الملك وله الحمد وهو على كل شي قدير.

Be conscious that at this very moment, Allāh is showing off to the Angels telling them “Look at my slaves”.[3] He is pleased with you at this very moment so seize this moment to ask Him what you desire, and do not waste this opportunity or your time. Making duʿā’ on the plains of ʿArafah is one of the greatest actions you can do in your entire life,[4] so stay away from the people and find a secluded spot, or a place where no one you know is around you so there is nothing to distract you from seizing this moment.

– When you sleep in muzdalifah, wear a face mask. Dependent on where you are, it may be very dusty which will prevent you from sleeping properly (to get energy for the most eventful day) as well as probably make you feel ill.

– Contrary to what we are commonly told, you CAN slaughter the sacrificial animal yourself. After throwing the stones at the jamarāt, follow the signs leading to the slaughterhouse (under 1hr walk). When you get near it, you will begin to see farms with animals. Pass these and go to the slaughterhouses, where you will not see any animal, just long (not tall) buildings with a booth at the front of each. Here you pay, receive a ticket and are able to enter to witness or carry out the slaughter yourself. To help you, the below link shows you where it is on a map:

– Have you ever considered sacrificing a camel instead? It is the sunnah that you sacrifice a camel as that is the biggest and best sacrificial animal and is what the Prophet (sall Allāhu ʿalayhi wa sallam) sacrificed. A few years ago this was not possible due to a disease spread within camels, but this may not be the case now.

– Have you ever considered sacrificing more than one animal? The Prophet (sall Allāhu ʿalayhi wa sallam) sacrificed 100 camels during his Ḥajj.[5] He knew that to sacrifice an animal is a part of Ḥajj and a form of glorification of Allāh and therefore sacrificed the best and the most he could. If you can afford it, sacrifice more than one animal, up to as many as you can afford. If you are reading this before you’ve set off, then take extra cash with you for this. Ḥajj is a once in a lifetime opportunity so glorify Allāh and sacrifice the best you can give. The pious people would never haggle when buying a sacrificial animal, nor allow anyone to carry the sacrificial animal for them because they wanted to glorify Allāh and show Him that they were exerting their best effort for His sake regardless of the cost. Their only concern was the reward.

– Get a data pack and save your location in Mina in Google Maps. You will constantly be leaving it for either ʿArafah or the Jamarāt so this will help you in returning easily without getting lost. Google Maps will also help if you decide to go to the slaughterhouse as you may not be able to return via the same route, and you will also need it on your return from tawāf al-ifādah.

– It is the sunnah that after you throw the first two sets of stones at the jamarāt on the 11th, 12th, and 13th of Dhul Hijjah that you make duʿā’. The duʿā’ that the Prophet (sall Allāhu ʿalayhi wa sallam) made was equivalent in length to a person reciting Sūrah al-Baqarah i.e. about 1 hour.[6] The throwing of the stones are the only ritual acts of Ḥajj made during these days so spend the extra time making duʿā’ because this opportunity only comes once in a lifetime (for most of us). Try to, at least once, make duʿā’ the length that the Prophet (sall Allāhu ʿalayhi wa sallam) used to make it and remember; dhikr of Allāh is duʿā’ and you could therefore also repeat:

– Glorify Allāh and spend your time humbled before Him for choosing you to complete Ḥajj. When the Prophet (sall Allāhu ʿalayhi wa sallam) entered Makkah as a victor, he entered with his head lowered out of humility before Allāh.

– From the purposes of Ḥajj are to have taqwa of Allāh and to glorify Him.[7] With this in mind, do not become overwhelmed by logistics whilst neglecting the purpose of Ḥajj. Remember, you will not find the pleasure of Allāh where you want, rather where He wants, so even if you find yourself stuck in major congestion, or are delayed, or are prevented from making sunnah acts such as kissing the black stone, it is all fine, as long as you are focusing on the purposes of Ḥajj which include glorifying Allāh and having taqwa.

– Never say, “Ḥajj cost me such and such”, rather glorify Allāh, and be happy with what you have spent without showing any signs of displeasure. Imagine you are buying forgiveness of your sins,[8] with that money and then ask yourself if it is not worth it.

I ask Allāh to allow you to perform Ḥajj as He pleases, to accept it from you, and to allow us all to return to His house to perform ʿUmrah and Ḥajj numerous times. Āmīn.

[2] According to the famous hadith of Jābir in Sahīh Muslim

[4] The Prophet (sall Allāhu ʿalayhi wa sallam) said “The best duʿā is the one made on the day of ʿArafah.” Recorded in Tirmidhi and the Muwatta of Imām Mālik

[5] Hadith of Jābir, as mentioned above