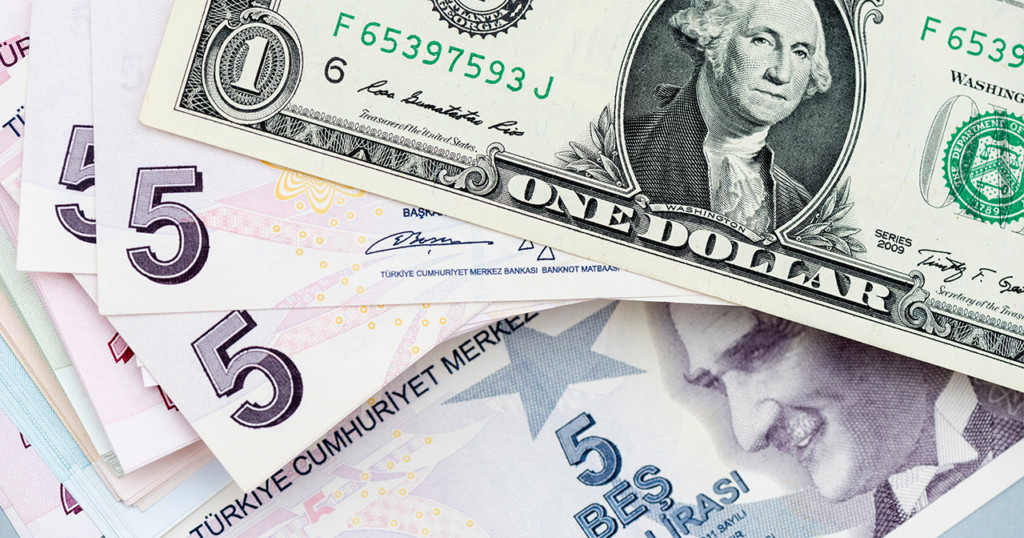 In 2016 a faction of the Turkish military attempted to forcibly remove the democratically elected leader of the country. The coup miserably failed as millions of ordinary Turks took to the streets in defiance of sections of the military. Shopkeepers, doctors, engineers and teachers marched onto the streets facing off tanks and armed soldiers in defence of their hard fought right to self-determination. Two years on and another, more subtle, but equally vile attempt to destabilise Turkey is being made. Yet this time the tool is economic and the orchestrator more brazen. Whilst Trump may claim it is about one single American, some commentators have suggested US pastor Brunson is merely a pretext to Trump’s ultimate ambition of toppling the Islamically orientated government, just as had occurred with President Morsi in Egypt.

All eyes are currently on the economic attack on Turkey and awaiting the next move by newly re-elected President Erdogan in resolving the situation.  The crisis has been directly caused by Trump’s administration raising tariffs on Turkish imports in response to Erdogan’s refusal to free controversial US Pastor, Andrew Brunson, who is accused of supporting terrorism in Turkey.

By demanding the release of Pastor Brunson to the USA, Trump is effectively saying a sovereign nation, which has historical roots much older than the country he is leading, has a judiciary system too primitive to be trusted to investigate an American.

Trump is playing a dangerous game. His childish attempt to destabilise the Turkish economy could have devastating effects on Europe as several European banks are heavily exposed in the Turkish market. Even if contagion from the Turkish economic attack does not spread to Europe, Trump’s actions are forcing Turkey (a key NATO ally) further into the arms of Russia and China. NATO, which has largely kept the peace in Europe since the Second World War but which is derided by President Trump, may well be at risk should Turkey find its alliances elsewhere.  Furthermore, in Trump’s trade war with China, Europe and others, he is trying to set the world alight forgoing international norms and rules which have kept the peace.

Whilst the Muslim world no doubt feels empathy and concern with its Turkish brothers and sisters, there are a few points worth remembering.  Firstly, it has been striking to see the substantial support from the members of the Muslim world for their beleaguered Turkish brethren.  It is unusual to see a financial catastrophe, as opposed to the all-too usual crises of war and famine, engender such intense feelings of solidarity with fellow Muslims. It is also a marker of Turkey’s growing influence and position as one of the leading Muslim nations and the place it occupies in the hearts of the Muslim world.

Muslims the world over have been rallying to buy Turkish lira for no other reason than to seek the pleasure of Allāh. Such people are knowingly buying a currency in free fall because of a sense of Muslim solidarity. In our modern, materialistic, profit driven societies, such acts of altruism demand reflection. When else in history has a people volunteered what is essentially charity in order to support a government? If we consider the financial Armageddon of 2008 – this was partly exacerbated by, or the fear of, a run on the banks – creditors removing their savings in order to safeguard them from the Bank’s collapse. However, the opposite is happening now, Muslims are giving what is arguably sadaqah in order to prop up an economy which is not even their own. It also brings to mind the saying of the noble Prophet Muḥammad (sall Allāhu ʿalayhi wa sallam):

“The prayer is light and sadaqah is burhān (evidence of a person’s imān).”

In Surah Munafiqūn, Allāh begins by describing the hypocrites lying about their true belief in the Prophethood of the Messenger (sall Allāhu ʿalayhi wa sallam):

Later in the same surah Allāh compares the believers’ action to the mere words of the hypocrites when He (subḥānahu wa taʿālā) says:

“And spend [in the way of Allah] from what We have provided you before death approaches one of you and he says: ‘My Lord, if only You would delay me for a brief term so I would give charity and be among the righteous.’”[2]

Here we can see that Allāh does not merely call for the believers to say ‘we believe’ but praises the actions of the believers who give charity. It is therefore from the characteristics of a believer that the belief within his heart must result in actions with his wealth and limbs.

The Trump and President Erdogan exchange has been very revealing. Trump tweeted:

“I have just authorized a doubling of Tariffs on Steel and Aluminum with respect to Turkey as their currency, the Turkish Lira, slides rapidly downward against our very strong Dollar!”

So Trump is clearly targeting the economy of ordinary Turks and is relying on the strength of, as some Americans call it, the “Almighty” Dollar. However, President Erdogan’s response revealed who he and the Turkish people rely upon:

President Erdogan reminded himself and his supporters that their strength lay with Allāh, the jamāʿah (the collective) and justice. Whilst Trump may worship the dollar which rises and falls on the speculation of men, President Erdogan has seemingly placed his faith in the Lord of the Heavens and the Earth.

İbrahim Kalın, a presidential spokesperson and Special Adviser to the Turkish President, tweeted just hours ago:

Qatar has pledged $15 billion of direct investments in Turkey.
Turkish-Qatari relations are based on solid foundations of true frienship and solidarity.

If Trump’s aim was to cause civil unrest to ultimately topple the government he has failed. More than that, it has had the opposite effect with Turks en masse rushing to support their government in defence against a brazen economic attack by the US. Indeed Allāh (subḥānahu wa taʿālā) says:

“But they plot, and Allāh plans. And Allāh is the best of planners.”[4]

Another aim of this economic attack is to coerce President Erdogan to increase interest rates, which is in direct violation of his Government’s stated Islamic principles.  Erdogan has described interest as “the mother and father of all evil”,[5] consistent with normative Islamic belief.

Whilst Trump is busy “making American great again” he fails to appreciate that true greatness is showing resilience after a calamity. It is indeed the Turks who are showing patience after a calamity. So it is Erdogan through this trial who, by the permission and Tawfīq of Allāh (subḥānahu wa taʿālā), is making Turkey great again. Some have suggested that Turkey’s economic predicament is a result of President Erdogan’s poor governance. However, such people may do well to remember the siege the Quraysh placed on the most successful leader in human history, the Prophet (sall Allāhu ʿalayhi wa sallam), and the resultant suffering of the small band of Muslims. Or consider the famine during the caliphate of ʿUmar b. al-Khaṭṭāb caused by drought which was named “Aam Ramada”, the “Year of Ashes” due to the intense heat and wind seemingly blowing ashes. The conclusion, therefore, is that a lack of financial prosperity cannot necessarily be taken as an indication of unjust governance.

President Erdogan has called for the boycott of American goods. There may be the usual dissenting voices, resignedly throwing their arms in the air saying: “What good will it do?”. However, Allāh does not demand results from us, but merely the intention and effort. The result is within His (subḥānahu wa taʿālā) Qadr alone. The BDS movement had humble beginnings – but look at it now with support from all walks of life. Even the Irish government has passed a bill boycotting products from the West Bank.

The Muslim nation has much power. With more than 1.8 billion of us, if we decided collectively and in an organised manner to support Turkey we could do so in a heartbeat. Equally a concerted boycott of American goods would bring the American economy to its knees and quite possibly a regime change in Washington. Perhaps more people on the planet other than just the Turks would thank the Muslims then.

Five ways to support Turkey have been suggested by various people and organisations:

Should the economic downturn in Turkey intensify and even lead to the collapse of the economy, no doubt the strong and noble Turkish people who have a long and distinguished history of enduring hardship with patience will take comfort in the words of Allāh when He says:

“Or do you think that you will enter Paradise while such trial has not yet come to you as came to those who passed on before you? They were touched by poverty and hardship and were shaken until even their messenger and those who believed with him said, “When will the help of Allāh come?” No doubt, the help of Allāh is near.” [6]