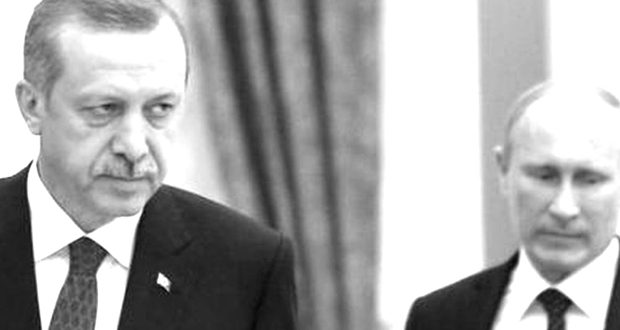 The fall of the ‘revolutionary heartland’, the City of Aleppo, spurred arguably more attention than nearly six years of the Syrian crisis. People took to social media, engaged in varying forms of political activism and encouraged spiritual reformation. A feeling of desperation and hopelessness overshadowed many of us. Alongside the collected reaction of many, emotions ran high and some people rifled for culprits before concluding, though never originally thinking otherwise, that it is none other than Turkey that has betrayed the Syrian people.

“You who have īmān! If a deviator brings you a report, scrutinise it carefully in case you attack people in ignorance and so come to greatly regret what you have done.”[1]

In light of what will be said and on the instruction of the above verse, we will revisit this accusation after garnering a more wholesome picture of the past six years of the Turkish-Syrian plight, and Allāh is the source of Tawfīq.

On the Political Front

Let us rewind a little, and recall that it was Turkey that withdrew its ambassador from Syria as early as 2012, closing its embassy and cutting all diplomatic relations with the Regime.[2] This was a complete reversal of the post-1998 move to improve ties between the two states due to Syria’s expulsion of PKK leader Abdullah Öcalan. From the onset of the brutal crackdown on demonstrators in 2011, it was Turkey that condemned Bashar al-Assad, comparing him to Hitler and calling for his departure.[3] It was Turkey that would later train defectors from the Syrian Army in its own territory, hosting the military and political leadership of the first armed groups sparking the military effort to overthrow the Syrian Regime. By the middle of 2011, Turkey authorised the rebel Free Syrian Army (FSA) to orchestrate cross-border attacks against the Syrian Regime from within a camp guarded by the Turkish Military.[4] Turkey recognised the opposition, united under the ‘Syrian National Coalition’ as the sole legitimate representative of the Syrian people,[5] before the ‘friends of Syria’ convened to follow suit.

On the Military Front

Turkish authorities pressed on against Assad’s crimes, allowing arms and equipment shipments to rebels from as early as January 2012 and it facilitated Qatari Air Force supplies to rebels through Esenboga airport, near Ankara, every two days.[6] Following the downing of a Turkish jet in 2012, it bolstered its border defences and vowed retaliation. Prime Minister Recep Tayyip Erdogan said in an address to parliament,

“The rules of engagement of the Turkish Armed Forces have changed … Turkey will support Syrian people in every way until they get rid of the bloody dictator and his gang.“[7]

Eventually, reports claimed that ‘daily’ supplies of arms were reaching the Islamic rebels fighting Assad, and hundreds of rebels would reinforce rebels in Azal and Tal Rifaat through the crossing.[8] Rebel group leaders who control the Bab al-Salam border crossing off the Turkish province acknowledged that,

“We have been allowed to move everything from light weapons to heavy equipment, mortars and missiles and our tanks…“

Russian media condemned Turkey for supplying what it called ‘terrorists’, who on closer inspection were members of the staunchest opponents of both ISIS and the Syrian Regime. The Iranian press likewise protested Turkey’s military support for Syria’s ‘Takfiri’ rebels,[9] despite assisting a regime guilty of genocide with ‘tens of thousands’ of its revolutionary guards.[10]

As a result of Turkey’s insistence on supporting the Syrians, it found itself stuck between its firm warning and willing military engagement and the passivity of its NATO allies who stopped at condemnation.[11] NATO’s distaste towards supporting its partner in engaging the Syrian military was undeniably clear. Turkey understood that its intervention would prompt a war with Russia and its allies. This was proven by the implicit Russian threat of a ‘permanent war’ following the early 2016 Turkish-Saudi hint at a joint ground incursion to stall the rebels’ losses in Aleppo.[12] Investigative Journalist Robert Parry reported from a source close to Vladimir Putin that Russia threatened Turkey with the use of tactical nuclear weapons should it execute its plans with Saudi Arabia.[13] To falter the achievability of invasion further, the US allegedly staged the July 2016 military coup attempt and, after its catastrophic failure,[14] it exacerbated matters by refusing to surrender its mastermind; Gulen. This was a clear betrayal of trust between the two allies. Could Turkey then trust military support from a nation that attempted to bring down its democracy?

The US and other NATO members went on to provide logistical and military support to the YPG militia, close associates of the radical Kurdish People’s Party, the PKK. This secular group has sought to weaken the revolution, fragment its regions of control and Turkey’s mainland to declare Kurdish sovereignty at Syria’s northern border. Since the start of the uprising, it has enjoyed a conciliatory relationship with the Syrian Regime to achieve this end.[15]

Turkish military intervention in Syria would necessarily involve fighting the groups that compromise its strength at its southern border. As such, in 2014 an absolute parliamentary majority in Turkey voted in favour of a mandate to deploy troops in Iraq and Syria to fight ISIS ‘and other terrorist organisations’.[16] Aside from how it panned out in the end, at the opening of parliament, President Tayyip Erdogan combined prioritisation to defeat ISIS with that of removing the Syrian Regime and protecting the territorial integrity of Syria.[17]

Turkey began heavy artillery strikes against Kurdish targets in February 2016, whilst its US and French ‘allies’ demanded that it halted its securing of its borders’ integrity.[18] Military intervention followed in August 2016. Then, in response to intense US pressure to cease actions against Kurdish forces, Turkey rallied the US to support anti-Assad rebels.[19] This was one of two conditions it stipulated before conceding to support the US-backed, secular militia against ISIS, or the umbrella Syrian Democratic Forces (SDF), dominated by the YPG in the area of Manbij. By this, it clearly kept sight of the Syrian peoples’ interests ahead of its own. Not quite characteristic of a government that wants to betray Syria.

It is almost entirely on the basis of Turkey’s refusal to support secular Kurdish militia against ISIS that we are made to believe it is somehow sympathetic to ISIS. Its opposition to some Kurds’ militarised aspirations to establish a state on its southern border does not mean it supports ISIS. This claim is as shallow as saying that the rebels are allies of Hezbollah because the former is against ISIS. Such surface-level understanding and gullibility is what has created today’s plethora of Turkey-bashers. This conclusion, moreover, completely disregards the group’s repeated terror attacks in Turkey, including that at the Suruc Cultural Centre, Ankara’s Railway Station, the deadliest in Turkish history, Istanbul’s Beyoğlu district and the June 2016 Atatürk Airport attack. Turkey continues its military confrontations with the group, surpassing Russia’s aerial campaign that has avoided them, focusing only on anti-Assad rebels.[20] In August 2016, Turkey launched a ground-offensive against both ISIS and the Kurdish YPG, weakening the former and driving the latter east of the Euphrates River. This has facilitated rebel advancement towards the North of Aleppo without hindrance.

On the Humanitarian Front

Camps for Syria’s refugees were erected on Turkish soil from as early as July 2011.[21] Within two years, Government-run camps contained near half a million refugees. As of late 2016, Turkey had accommodated near three million refugees and spent more than $10bn in supporting the humanitarian effort, whilst western governments scrambled to build barricades to hamper their movement and burnt their camps.[22][23] In President Erdogan’s own words,

“…today we provide humanitarian relief in more than 140 countries on five continents. In fact, Turkey remains the world’s most generous country, spending a bigger share of its GDP on humanitarian aid than any other.“

The revolution heartland, for those who have followed the events of the revolution intently from the beginning, was not originally Aleppo. It was, in fact, Homs.[24] People were enticing Aleppo to rise up against oppression by telling them to follow the example of mighty Homs. Homs, however, did not enjoy great supply routes, being closer to the capital Damascus and largely separated from foreign borders apart from Northern Lebanon. As such, the city was entirely surrounded by regime forces and its allies, forcing the resistance northwards towards Aleppo. The Killis-Azaz and Antakiya-Idlib-Aleppo Turkish border crossings can be credited, after Almighty Allāh ‘azza wa jal, for facilitating its liberation from the regime.[25]

The regime was incapacitated from thoughts of taking Aleppo until they managed to encircle it entirely, cutting off its supply lines. With conspiracies aside, it is difficult to believe Turkey would willingly forsake a city it helped liberate. It is also difficult to believe that those who lambast the Turkish Government on social media harbour a deeper sense of jealously for Aleppo than the Turks.

So why, after so much support for the Syrian struggle, did Turkey ‘leave’ Aleppo to be overrun? In reality, and Allāh knows best, the above odds stood against its obstinate drive to support the Syrians militarily. It was “alone” and “isolated” in the eyes of the world,[26] quite simply; it was forced.[27] Turkish authorities were left only with the power to mediate the safe withdrawal of civilians and armed groups, especially Jabhat Fatah al-Sham (formerly Jabhat al-Nusra), treating the injured inside Turkey.[28] Ask yourself, with Syrian Regime Militia’s half a decade history of summary execution and genocide, would these savages have spared a single soul in Aleppo without this mediation (after the grace of Allāh)? Some analysts have gone even further, arguing that Turkey intends on moving the fighters to the al-Bab front, essentially coordinating the armed struggle and joining it with its soldiers in the north.

In fact, Sultan Murad Brigade, along with Fatih Sultan Mehmet and Nureddin Zengi rebel Brigades have all indicated plans to participate in Turkey’s Euphrates Shield Operation,[29] alongside the well-known Ahrar al-Sham group, to liberate al-Bab from both ISIS and the PKK.[30] In December 2016, these rebels, backed by Turkish Military, had already gained full control of the highway linking al-Bab to Aleppo and were aided by intense ground and air fire support.[31] Although some have interpreted their 25km proximity to Aleppo as betrayal, others have seen it as a tactical move in what maximises the gains of the Syrians and minimises their losses. Suspicion only spurs creative accusations and brings little benefit.

The above lends Turkey’s leader and its government the ‘benefit of the doubt’. But why should we not, seeing what it has said and done for Turkey and the Muslim world?[32] Turkey’s detractors tell us to not believe the ‘rhetoric’ but gladly accept it when Turkey says it is secular state. They will hold Erdogan against the standards and actions of much greater leaders of the past, whilst paradoxically telling us Turkey is a non-Islamic government.

Russia’s full-weighted and brutal intervention in September 2015, its sending a singular naval aircraft carrier,[33] engaging in some 10,000 sorties and its clear will to destroy every hospital to try to perpetuate the existence of the sadistic regime of Assad sends a message to Turkey. You are alone, wedged between the real betrayers and social media detractors. Those who claim Turkey can simply eradicate the Syrian Regime and hound its obstinate backers, including Russia, Iran, Iraq, Hezbollah and now Egypt among others cannot be taken seriously. Nothing else explains its incongruous stance, which is confusing to some superficial commentators who monochromatically judge against either Suleiman the Magnificent or Kemal Atatürk.

More than having ‘betrayed’ Syria, it is Turkey that has been betrayed.