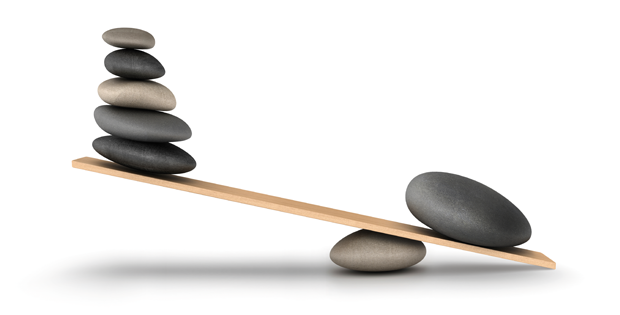 The single deed that saved them

“And We have not sent you, [O Muhammad], except as a mercy for the ʿAlamīn (mankind, jinns and all that exists).”[1]

Alḥamdulillah, ours is an ummah blessed with the immeasurable and infinite Mercy of Allāh (subḥānahu wa taʿālā). The ultimate Mercy we desire from Allāh (subḥānahu wa taʿālā) is salvation, and we have been provided with the means of attaining such with tools, advice, examples and the ultimate guide to success in this life and the Hereafter. The Prophet (sall Allāhu ʿalayhi wa sallam) imparted upon us the advice we require, if only we would pay heed. What follows are five aḥadīth which, at first, seem unrelated in their nature. But, upon reflection, the core themes binding them together become apparent and their example for us as a guide to success paramount.

“Whilst a man was journeying, he was afflicted with great thirst. He then came across a well which he climbed into and drank. Then he came out and saw a dog panting and licking the ground due to its thirst. The man said, ‘This dog has suffered thirst just as I had suffered!’ So he climbed back down into the well, filled his shoe with water, and having caught it in his mouth, he climbed up back up. Then he gave the dog a drink. Allāh appreciated this deed, so He forgave his sins.”[2]

In another narration it is mentioned,

“So Allāh appreciated this act. Thus Allāh forgave all his sins and entered him into Jannah.”[3]

“A prostitute once saw a dog going around a well on a hot day and hanging its tongue out from thirst. She drew some water for it in her shoe, so Allāh forgave her sins.”[4]

“I saw a man enjoying himself in Paradise due to a tree which was harming the Muslims. It was located in the middle of the street and so he cut it down.”[5]

“A man once walked passed a branch from a tree that was in the middle of the street. He said, ‘By Allāh, I will move this to one side so that it doesn’t harm the Muslims.’ Thus Allāh entered him into Jannah.”[6]

Never for one moment did that man who swept aside the thorns from the people’s path ever imagine that that moment would mark the happiest day of his life. But the Prophet (sall Allāhu ʿalayhi wa sallam) said it was, as all of his sins were forgiven.

Never in the life of that prostitute who provided a sip of water for a thirsty dog did she imagine that that moment would mark the happiest day of her life. But the Prophet (sall Allāhu ʿalayhi wa sallam) said it was, as every sin of hers was consequently erased.

Many, many times in the life of a Muslim, a place in Paradise is finally reserved for them due to the smallest of all actions in our eyes. This is when Allāh sees within a person true sincerity and a genuine craving for the Hereafter, thus He allows an opportunity to present itself to them, one which they pounce upon with remarkable wholeheartedness and truthfulness. Now, life continues, and this individual may have forgotten about that good deed altogether; however that brief moment had in fact marked the turning point in their life when their sins were erased and Paradise was written for them.

What these examples have made very clear to us is that the outward size of a deed is inconsequential. Rather, the key ingredient which raises a person above all others or debases him below all others is the presence or absence of Sidq – truthfulness when engaging in a good deed.

We all know of the narration of a man who will be presented before Allāh on the Day of Judgement with 99 massive scrolls of sins extending beyond the limits of sight. They are placed on one side of the scale. After having lost all hope in entering Paradise, he is told that he does in fact have one good deed which will be placed on the other side of the scale; A small card which says, ‘Lā ilāha ilaAllāh’. He asks, “What good can this small deed do next to all these sins?!” But he is told that he will not be wronged. The small card is placed and, amazingly, that side of the scale comes crashing down whilst the other side of sins is catapulted into the air. And, thus, he enters Paradise.

But is this really the whole picture? Many other Muslims who have also said this statement will enter the fire. Why will he and others like him be treated differently? Imām Ibnu Taymiyyah commented on this ḥadīth:

“This is the situation of a person who says Lā ilāha ilaAllāh with sincerity and Sidq (truthfulness) like this person did. This is because many Muslims who had committed major sins will be made to enter the Hellfire despite them having said Lā ilāha ilaAllāh but it did not outweigh their sins like it did for this person.”[7]

Imām Ibnu Taymiyya has similar words concerning the prostitute who provided water for the thirsty dog. He said,

“This was a woman who provided water to the dog whilst possessing pure īmān, thus her sins were forgiven, for not every woman like her who provides water to a dog is immediately forgiven.”

It is not necessarily the deed itself which saved them from their monstrous sins, but rather, it was the state that they were in whilst engaging in that deed, the state of Sidq. Therefore, with every opportunity of doing good which presents itself, pounce on it with enthusiasm and Sidq. The paths to Jannah are not always the obvious ones and that opportunity which others belittle could in fact be your moment.

Abī Burda narrated that when Abū Mūsā was dying he called his children to his bedside and he said to them “My dear children! Remember the story of the man and the bread. There lived a man who, for seventy years, had dedicated his entire existence to worshiping Allāh and he only left his house one day a week to acquire his basic needs. One day, while in the market, the Shayṭān made a woman seem attractive to him and thus he was lured into staying with her for seven days and nights. On the seventh day, the veil of darkness that had clouded his thinking was lifted, and the man left the woman’s house repenting to Allāh. With every step the man took, he prayed and prostrated himself to Allāh, ashamed of himself. By nightfall, his steps led him to a shop, where twelve destitute men were sat. He was exhausted and so he threw himself in between two of those men who were sat down.

In that town, there lived a monk who would send these twelve poor men one loaf of bread each on a daily basis. That night his servant carried the twelve loaves of bread and brought them for distribution. In the dark the servant distributed a loaf of bread for each needy person, and when he reached the extra man who was sat in their midst, not counting their number, the servant thought him to be one of the destitute men, and handed him a loaf of bread. As he was leaving, the one man who did not receive his share for that night, shouted ‘Why have you not given me my usual loaf of bread? You have never done that before!’ The servant who had not realised what happened became upset, and he replied ‘Do you think I have kept anything away from you? Ask around if I had given any one sitting here two loaves of bread instead of one’ They replied ‘No.’ The servant then said ‘You are probably accusing me of keeping it for myself! I swear by Allāh that I will not give you anything for tonight.’ Having witnessed the exchange of words, the repenting man handed his loaf of bread over to the person who did not get his share for that night.

By sunrise, the repenting man was found dead. His deeds were then weighed and those seven days’ worth of sins were heavier than the 70 years’ worth of worship. But when the angels weighed the sin of the last seven nights against his giving of a loaf of bread, his charity weighed heavier and thus he was saved.’ Abū Mūsā would therefore say: “My dear children, always remember this story of the man and the bread.”

Seventy uninterrupted years of isolated worship and, in the end, it was the giving of a piece of bread that saved him, because that was his moment of Sidq.

Let us reflect on the good deeds of ours that were done truthfully and entirely for Allāh’s sake, having truly sensed our bankruptcy before Allāh and craved for Paradise. We will find that we can perhaps recall only one or two such deeds, despite the passing many of years as Muslims. Amazingly, however, it is those one or two deeds which Allāh actually wants from us. What a surprise it will be if, on the Day of Judgement, everything else is cast aside and it is those deeds that rescue us.

Considering this, I ask: Have you found your moment? Or are you still searching for it?

That ‘moment’ could be a tear which you shed in privacy in the remembrance of Allāh. It could be an impermissible desire which you craved but then denied for Allāh’s sake. It could be through joy which you bring to the heart of another Muslim, or a burden which you relieve him from, or a statement of truth which you bravely utter, or the suppressing of anger when you’re angered, or the covering of another person’s fault, or the feeding of a hungry person, or your ḥijāb, dear sister, which you courageously adopt, or any other good deed that is performed with Sidq.

No one knows where his ‘moment’ lies, that moment which will bring about eternal happiness. So do not leave a stone unturned in its pursuit and do not belittle any good deed.

‘Perhaps this will be the ‘moment’’.

Previous: The ‘Regulating Madrasas’ Bill: battered, bruised and bloodied, but not dead yet.
Next: The Deafening Silence of Muslim Nations

Shaikh Ali Ihsan Hammuda is a UK national of Palestinian origin. He gained bachelors and masters’ degrees in Architecture & Planning from the University of the West of England, before achieving a BA in Shari'ah from al-Azhar University in Egypt. He is currently based in Wales and is a visiting Imām at Al-Manar Centre in Cardiff, and also a senior researcher and lecturer for the Muslim Research & Development Foundation in London. Ustādh Ali is the author of several books including 'The Daily Revivals' and 'The Ten Lanterns", and continues to deliver sermons, lectures and regular classes across the country.