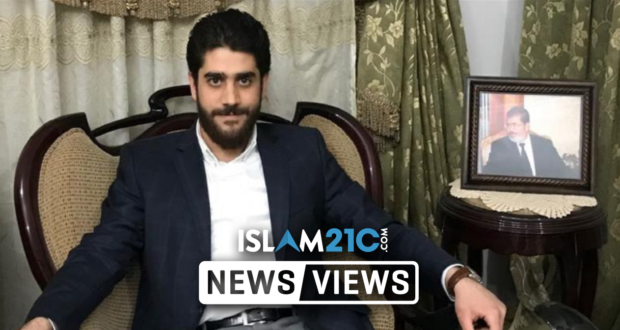 Several reports citing a family source have stated that the son of late President Mohammed Morsi has died of a “sudden” heart attack.

Abdullah Morsi, 24-years-old, was the youngest of Morsi’s five children. The sources said that Abdullah died on Wednesday at the Oasis hospital in Giza in the southwest of the capital because of an alleged heart attack.

In addition, a family member of Morsi confirmed the death of his son to Anadolu Agency, however Egypt’s health ministry has yet to comment on his death.

Abdullah Morsi was an outspoken critic of the Egyptian regime and had been imprisoned on several occasions in the past few years. In addition, Abdullah was also one of the most supportive of his father and his defence during his trial and stay in prison. He had been accused and later acquitted of drug use. A case involving allegations that his legal observers said were fabricated.