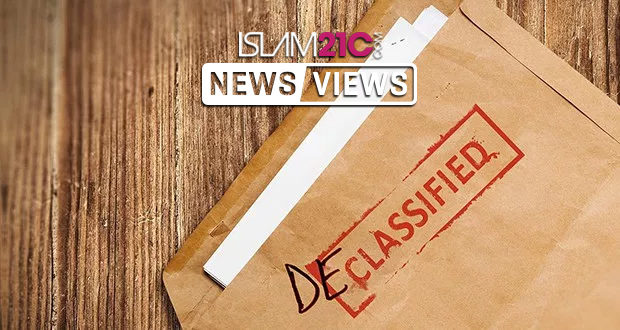 CAGE has released a new report which for the first time reveals the inner workings of the Extremism Analysis Unit (EAU) within the Home Office and its implications for wider civil society.

The high court case of Dr Salman Butt V Home Office has exposed how the British Government outsources the designation of “extremists” for security purposes to the extreme right-wing charity the Henry Jackson Society. The judicial review has presented a number of issues of huge significance.

At the core of Dr Butt’s legal challenge to being labelled an “extremist”, were the lawfulness of PREVENT guidance; the failure to have due regard for freedom of speech when implementing the policy; and the collection and storage of data by the Extremism Analysis Unit, which was argued amounted to warrantless surveillance and was in breach of the European Commission on Human Rights guidance.

However, what the judge failed to recognise were concerns related to the collection and storage of data on “extremists” by the Home Office departments Extremism Analysis Unit (EAU), a secretive group with strong neoconservative links.

He also failed to examine and interrogate the role of the Research Information and Communications Unit (RICU), which shapes the “hearts and minds” of British citizens and has been likened to Cold War propaganda units.

The witness statements in Dr Butt’s case provided by Paul Willis from the EAU and Matt Collins from RICU provide an unprecedented look into the workings of the Home Office. These units help determine who is an “extremist”  in the UK, and it is necessary to reveal their scope and their links to dubious right-wing organisations.

The role of the EAU is to determine and analyse “extremist” narratives, and to provide  “the Office for Counter Terrorism and other customer departments” with information about “extremist” individuals and organisations, that will affect counter-extremism policy and work.

The EAU primarily feeds information to PREVENT officers, but their “customer departments” can also be “international”. Meaning that determinations of “extremism” can be shared with foreign governments and agencies.

The EAU operates directly under the authority of the UK Home Secretary who is accountable to Parliament. Both the EAU and RICU assist the government in its Prevent strategy, by conducting research (EAU) and coordinating propaganda (RICU).

RICU’s extremism unit and the EAU are focussed on the threat posed by the “ideology of extremism”. They admit that their definition of extremism is “fluid” which is dangerously subjective. Furthermore, the focus of the EAU is clearly on “understanding Islamist extremism” with the majority of its resources and employees targeting Muslims.

In their focus on “extremism”, special attention is given to how “extremism” is linked to terrorism. While Collins from RICU, in his testimony, referred to a ‘perfect storm’ of conditions that lead to terrorism, he implied that ideology is a key factor.

Rather than recognising the role of stereotyping, surveillance and disenfranchisement in pushing individuals towards violence, these units are still in the business of honing in on ideas,  and “rhetoric that is anti-Western, divisive or critical of core British values”, drawing a link between these ideas and the potential to commit violence.

In order to counter these ideas, RICU invests heavily in counter-narratives by funding projects and organisations whose aim is to stop “extremism”.  While the organisations currently funded by Prevent are not publicly declared, they are increasing; in 2015 RICU delivered 130 community-based projects which reached over 42,000 participants, almost double the number funded in 2014.

RICU and the EAU’s focus on narratives that challenge those of the state, as well as on Muslims, means that both units reinforce a structural form of discrimination. This can be easily extended to other groups due to the “fluid” definitions of “extremism” and the lack of consensus over what constitute “core British values”.

RICU and the EAU draw information from discredited right-wing organisations

Not only are the EAU and RICU operating from an extremely subjective and prejudiced space, but their views on terrorism and extremism are rooted in neoconservative politics and mistrust of Muslim communities.

RICU’s Collins quotes research conducted by the Centre for Social Cohesion (CSC), which is an organisation that was set up by Civitas who have promoted Baroness Caroline Cox’s vision of a civilizational struggle between the West and Islam.

The notion that Islam is incompatible with the West is reflected in CSC’s former director, Douglas Murray. Known for his mistrust of Muslims, Murray has consistently presented Islam and Muslims as being part of an existential threat to the western world.

In 2006, Douglas Murray told members of the Dutch Parliament: “Conditions for Muslims in Europe must be made harder across the board: Europe must look like a less attractive proposition. We in Europe owe – after all – no special dues to Islam. We owe them no religious holidays, special rights or privileges.”

The Centre for Social Cohesion’s counter-extremism research was subsumed into the Henry Jackson Society (HJS), with Hannah Stuart assuming her position as a researcher, and Douglas Murray becoming associate director. It’s far-right, neoconservative funding streams come from Nina Rosenwald who has been dubbed “the sugar mama of anti-Muslim hate” by journalist Max Blumenthal.

In the same vein, the EAU’s Willis explains that some of the EAU’s analysis is based on evidence provided to them by staff at the Henry Jackson Society through the organisation Student Rights, who “provide the information they were already sending to the Home Office in the form of a weekly digest” detailing extremism on campus.

The alignment of Student Rights can be understood through the involvement of Raheem Kassam as director of the organisation from 2009 to early 2014. Last year, speaking of their relationship while jointly running the neoconservative blog, The Commentator, Robin Shepherd said: “Raheem Kassam is a danger to British democracy, and the rule of law. I saw at first-hand behaviour that was so appalling it was, and remains, difficult to internalise.”

A “guidance” that has been misapplied with disastrous results

At no point do either RICU or the EAU make clear that they engage with scholars and experts from the critical terrorism studies community in order to maintain some balance in their assessments.

There is also no indication that those who have made assessments on them, are ever given an opportunity to challenge the final analysis. Rather, the EAU presents their determinations as objective and feeds them to public bodies to use in implementing PREVENT.

PREVENT in the beginning was marketed as a guidance, not an obligation. Its objective was to prevent terrorism, not so-called “extremism” – but now, in an increasingly fear-based environment, the pro-PREVENT lobby has shifted the boundaries. It is now increasingly an obligation, and its targets are the many who fall under the broad definition of “extremism”.

This has caused a misapplication of a “guidance” that was supposed to prevent political violence and which has done anything but. Not only this, it has resulted in a vicious campaign that has destroyed many lives, threatening individuals’ careers and the well-being of families.

The links between blatantly right-wing organisations and the EAU means the hunt for “extremists” is a political one, the end goal of which is to reinforce state power over individuals, organisations and families through court processes that violate due process.

CAGE calls for these court decisions to be reversed, and for families and individuals who have been branded as “extremists” based on these dubious assessments, to receive apologies for the damage it has done to their lives.

Previous: Showing due respect for Allah’s Messenger ﷺ
Next: From Panama to Pakistan: A Beginner’s Guide