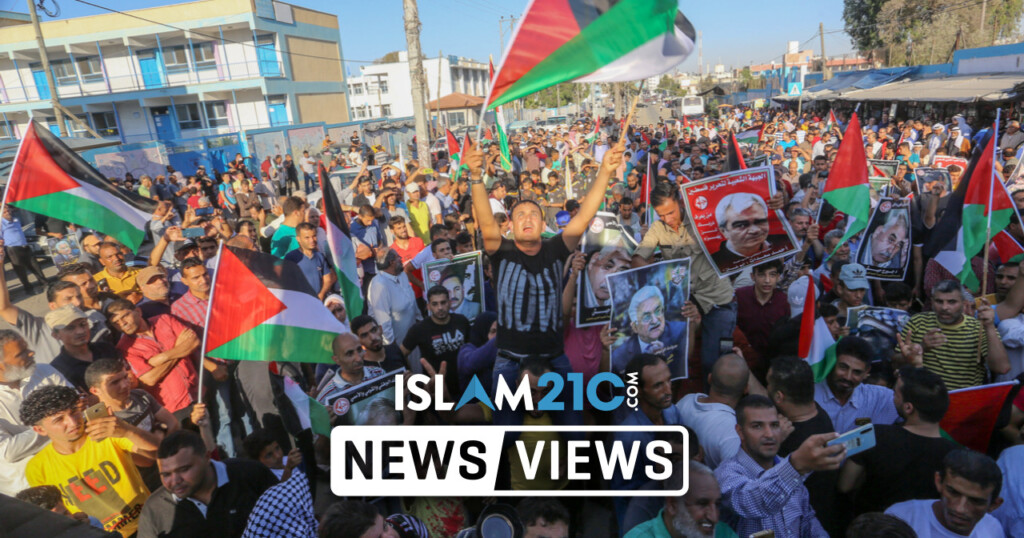 After many years of wrangling, the two major political parties of Palestine – Hamas and Fatah – recently came to a truce in September 2020.[1]

Starting yesterday, the two long-time rival parties began a “national dialogue” with one another regarding the upcoming countrywide elections, the first in 15 years in the besieged nation.

Popular Front for the Liberation of Palestine (PFLP) politburo member, Jamil Mizher, who was in attendance at the talks, said:

“We are in a round of great importance with regards to the comprehensive national dialogue in Cairo. The Palestinian people, at home and abroad, have high hopes for the results of the dialogue. If all the parties have the real will, we can move forward to put an end to this black division and we can regain national unity.”[2]

Hosted in Cairo, Egypt, the talks are aimed at smoothing out any remaining points of contention regarding the planned legislative elections on 22nd May and presidential voting on 31st July later this year. Present at the talks are representatives of a reported total of 14 political parties, including the PFLP and Islamic Jihad.

Daoud Shehab, the leader of the Islamic Jihad Movement in Palestine, said:

A number of issues exist, including ones that would otherwise be benign. For example, due to the nature of Hamas and Fatah ruling parts of Palestine in differing ways, each party has its own security forces. There is therefore the question of which security members will be guarding ballot boxes and polling stations. There remains a lot of mistrust between the two parties, and this is what is hoped to be eliminated or at least reduced substantially during the Cairo talks.

The two political stalwarts have been unable to see eye-to-eye since 2006, when the most recent general election came to pass. Hamas won the election by an unexpected landslide, and Fatah did not immediately accept the result. Between the factions, subsequent to the so-called “Battle of Gaza” in 2007, Hamas has been in control of the Gaza Strip, with Fatah running the Palestinian Authority in the occupied West Bank.

Hazem Qassem, spokesman for Hamas, said of the Egyptian-hosted negotiations:

“The 2-day dialogue will focus on issues related to the elections, including ways of holding the polls without interference…”

The first day of the talks were described as “successful” by the Palestinian Foreign Minister, Riyad al-Maliki:

“The first session of the [Palestinian] factions’ meeting in Cairo is successful, and hopeful towards the outcomes of the meeting… Egypt is working to ensure the success of the dialogue…”[5]