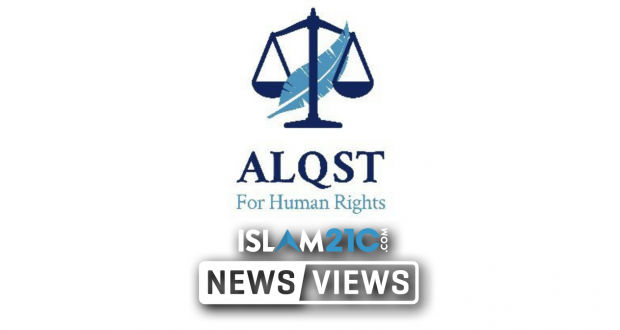 33-year-old Alaa al-Siddiq, a prominent Emirati poet and human rights campaigner, has died after being fatally injured in a car crash in Oxfordshire. The local constabulary, Thames Valley Police, is currently investigating the cause of the accident. No arrests have been made in connection to the recent collision. [1]

Al-Siddiq (raḥimahā Allāh) was the executive director of ALQST for Human Rights (taken from the Arabic ‘al-Qisṭ’, which translates to ‘justice’), a UK-based Saudi Arabian human rights organisation. She was involved in a fatal collision on Saturday evening at approximately 20:20 BST. The crash occurred between a BMW and a Land Rover at the B4437 and A361 intersection, which is situated near Shipton-under-Wychwood. She was sitting in the back seat of the BMW vehicle, and was sadly pronounced dead at the scene.

The late activist’s father is the respected academic Mohammad al-Siddiq. He has been incarcerated by the Emirati authorities since 2013, alongside dozens of other prisoners of conscience. Prior to his imprisonment, the well-versed professor of Shariah formerly taught at both public and private institutions, which included the United Arab Emirates University and the University of Sharjah respectively. Alaa al-Siddiq moved to the UK in order to become a full-time advocate for human rights after the detention of her father spurred her to seek justice for prisoners like him.

As reported by the Emirati newspaper al-Ittihad in July 2013, Mohammad al-Siddiq was among 57 individuals who were handed 10 year prison sentences. The jail sentences were based on the charge that all of these individuals were responsible for “establishing and managing a secret illegal organization aimed at opposing the principles on which governance in the state is based, with the aim of seizing power.” [2]

While tributes have been pouring in from all around the world for the deceased rights campaigner, speculation has been rife as to whether there was any foul play behind the crash. In a 20 June press release, the advocacy organisation Democracy for the Arab World Now (DAWN) – founded in 2018 by the late journalist and author, Jamal Khashoggi (raḥimahu Allāh) – expressed its concern regarding the recent tragic events. It called on local police to “ensure that no foul play was involved in the death of Al-Sidiq, in light of the fact that the U.A.E., Saudi Arabia, and Bahrain have violently targeted activists in the U.K. and around the world.” [3]

DAWN also referenced the death of Artur Ligęska, a suspicious case which Dutch police are currently investigating. Ligęska, a former detainee in the UAE, had previously shared the horrific experiences of torture and abuse he faced in a jail in the Gulf country. He was found dead in his Amsterdam apartment on May 26 of this year.

However, on the same day that it made the call for a comprehensive investigation, ALQST later sought to downplay the suggestion of foul play.

In its social media account, ALQST was cautious by posting the following statement:

“…together with the police and local authorities, [ALQST] has looked into the incident and found no suggestion of foul play. The police have taken a similar view and will be publishing the outcome of their investigations once they are complete.” [4]

In a press release on the ALQST website, the organisation paid tribute to the late director al-Siddiq.

“With deep sadness, ALQST mourns the death of its Executive Director, icon of the Emirati human rights movement Alaa Al-Siddiq, in a tragic traffic accident on Saturday, 19 June 2021.

“Alaa was a friend, a colleague, and a sister to all of those around her, and she always did what she could to help others. She left the UAE to fight for human rights after her father was arbitrarily imprisoned, and worked as a volunteer with ALQST before becoming Director of Diwan London and then Executive Director of ALQST.” [5]

The non-profit organisation ALQST was formed in 2014 by the human rights defender Yahya Assiri. While the initial objective behind the organisation’s formation was for the defence and promotion of human rights in Saudi Arabia, ALQST has grown over the last seven years to hold a wide-ranging and experienced board of directors and board of trustees. Prominent members include Sarah Leah Whitson, a human rights lawyer and the executive director of DAWN. In addition, Whitson is the former Middle East and North Africa Division executive director at Human Rights Watch (HRW). [6] [7]

In a statement released by DAWN, Whitson described Alaa al-Siddiq as “inspired, not defeated, by the injustice experienced by her father, Muhammed al-Sidiq, to seek justice for all of the people of the Gulf region deprived of basic human rights.” DAWN’s press release also called upon the Emirati government to initiate the “immediate repatriation of Al-Sidiq’s body to the UAE so that she can be buried according to Islamic traditions in her hometown and surrounded by her loved ones.” [3]

“The very least Emirati authorities could do is to repatriate Al-Sidiq’s body and allow her father to leave prison to attend a funeral and properly grieve her loss…Like so many hundreds of thousands Arab democracy exiles, Alaa Al-Sidiq’s exile in the UK was a direct consequence of her government’s repression; her death far away from her loved ones is a tragic and sad outcome of Emirati government persecution.” [3]

Al-Siddiq’s last few entries on her Twitter page include verse 40 of Sūrah al-Najm, which states: “And his exertion will surely be seen.” Her final tweet was an enduring quotation from the late founder of Amnesty International, Peter Benenson. [8]

The memorable quotation of Benenson is none other than the following:

“Only when the last prisoner of conscience has been freed, when the last torture chamber has been closed, when the United Nations Universal Declaration of Human Rights is a reality for the world’s people, will our work be done.” [9]

After referencing these last tweets, ALQST added in their statement:

“Many people will remember her tireless devotion to her work; her passion for helping others and standing up for them; her powerful defence of human rights; and her efforts in support of worthy causes.

“Her last tweet, in response to a comment that ‘only when the last prisoner of conscience has been freed…will our work be done’ was the Quranic verse: ‘and his effort will be seen’ (Surat al-Najm 53:40). We saw your effort, Alaa, and we ask God to give you your heavenly reward for it.” [4]

The UAE’s policy measures have been a matter of serious concern for the Muslim world, especially in recent times. The UAE’s 2020 so-called “normalisation agreement” with the Zionist state of ‘Israel’ and its dramatic cut in funding provided to the UN agency that supports Palestinian refugees – the UNRWA – are new historic lows for a country that is rapidly turning away from its Muslim roots. [10] [11]