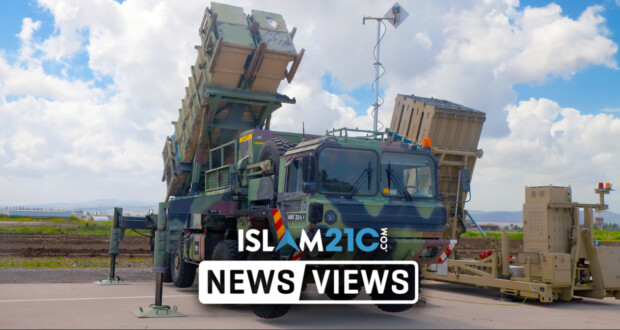 The UAE has delivered Israeli rocket launchers in support of the ex-CIA asset and head of the so-called ‘Libyan National Army’ (LNA), Khalifa Haftar. [1] [2]

Developed and manufactured by the Israeli weapons manufacturer IMI Systems, the five LYNX rocket launchers were the latest batch of lethal weapons sent by the UAE to the renegade Libyan commander.

The UAE and “Israel” recently signed a historic peace agreement that saw widespread condemnation from across the Muslim world. The two nations were widely reported to have already been cooperating behind the scenes for many years, but they will now both be working together openly and proudly and taking part in joint military exercises.

Along with Egypt and Russia, the UAE is one of the main backers of Haftar. The UAE has been accused by the UN and many rights organisations of breaking a UN arms embargo on Libya by sending weapons and mercenaries to fight for Haftar’s forces.

The brutal military commander appears to be responsible for much of the chaos in the North African country and has allegedly instructed his soldiers to commit war crimes and atrocities. [3] Forces loyal to Haftar have carried out several cold-blooded killings and have massacred innocent civilians. [4]

The UN recently verified numerous summary executions at a prison in Tarhuna. In March, the UN expressed deep concern after receiving reports of hundreds of enforced disappearances, torture, killings, and displacement of entire families in Tarhuna by forces loyal to Haftar. [5]

Haftar’s forces could use the Israeli rocket launchers against the internationally-recognised Government of National Accord (GNA). Forces loyal to the renegade commander have suffered heavy setbacks in recent months as the internationally recognised government of Libya regained control of key towns and cities amid the recent capture of several Haftar strongholds.

In his pursuit to rule all of Libya, Haftar led military assaults across several cities within the country. Yet the UN-backed GNA has made steady progress in its campaign against the militias of the Benghazi-based warlord, destroying vital supply routes and infrastructure whilst gaining the support of local communities along the way.

With support from Turkey, the GNA recently reversed a 14-month assault on the Libyan capital by the LNA. The GNA accepted an offer from Turkey for logistical and military support, resulting in a successful resistance of attacks and advancements as it seeks to deter inhumane offensives led by forces loyal to Haftar.

Haftar began a military assault on the Libyan capital Tripoli in early April last year, in an attempt to capture the city from fighters loyal to the GNA. [6]

Libya has been in a state of anarchy since the NATO-backed overthrow of the long-time authoritarian ruler Muammar Gaddafi in 2011. The humanitarian situation in Libya has severely deteriorated since Haftar’s assault on the country, with scarce food and medical supplies already running out. [7]

2020-09-06
News Editor
Previous: One God Many Names | Al-Barr (The Ever Doer of Good)
Next: Imam of Makkah faces backlash over Friday sermon as Saudi authorities continue to arrest scholars