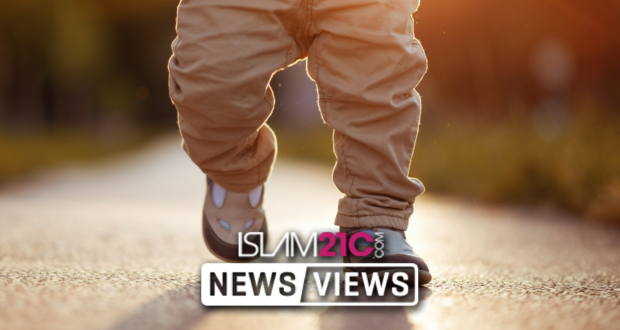 Parents and community members in Brighton reacted with shock and bemusement over Ofsted’s recent decision to downgrade a popular local nursery from “Outstanding” to “Requires improvement” over concerns that staff were not adequately trained to protect the toddlers from radicalisation and so-called extreme views.

The nursery, Little Ducklings, caters for children between two and five and was last inspected in 2015, receiving an “Outstanding” rating in all areas at the time.[1] However under the revamped and widely discredited Prevent scheme, caregivers are now legally obliged to report for signs of potential radicalisation; an area in which Ofsted felt Little Ducklings were falling short given the apparent threat such toddlers could pose.

“Although the manager and staff have reviewed some aspects of their safeguarding knowledge and updated the policies and procedures, not all staff have a secure understanding of how to protect children who may be at risk from extreme behaviours or views.”[2]

Reaction to Ofsted’s report, and thus government policy on the matter, has been swift and damning, making front-page news in the UK. Local Conservative Councillor Dawn Barnett was quoted as saying:

“It’s a fantastic nursery that is very popular in the local area. It’s disgusting that they’ve been downgraded. Ofsted have gone mad.

“We’re talking about kids who are still in nappies. I think it’s absolutely ludicrous. I don’t know what the world is coming to. We should let children be children for as long as they can.” [3]

Another parent sarcastically told The Sun:

“Of course it’s good to stop children being radicalised, but Little Ducklings hardly strikes you as a hotbed for international terrorism.” [4]

Prevent is one of the four strands of the government’s counter-terrorism strategy which is known as ‘Contest’. Unlike the other strands—which exist to deal with things related to actual terrorism—Prevent was created to combat “extremism”, which was defined as the opposition to “British values”. This was due to the misguided, ideologically-based belief—now rejected by the government—that something called “extremism” causes terrorism. [5]

This underlying “radicalisation” theory still remains in Prevent vocabulary despite the government distancing itself from the refuted conveyor belt theory and the ERG22+ “extremism” risk factors that were once offered as justifications for the policy, before their “scientific” basis was condemned by 140 experts across the world, [6] [7] off the back of a CAGE report exposing it as “pseudoscience”.[8]

Independent organisation PREVENT digest calls for Prevent to be suspended and reviewed, describing the “evidence” underlying it “…as flawed and racist as early attempts to classify criminals by head shape”. [10] It adds that Prevent stifles debate, as attested by the Home Affairs Select Committee. [11]

The United Nation special rapporteur on racism stated that, “The Prevent duty is inherently flawed, and expansion of a flawed program to cover more groups is by no means curative”. [12] This expresses that the targeting of Far-Right groups does not obfuscate the harm carried out by the Prevent strategy.

Many have criticised, opposed and called for the repeal of the strategy. This ranges from the National Union of Students (NUS), Federation of Student Islamic Students (FOSIS), the University and College Union (UCU), National Union of Teachers (NUT), faith groups and activists. [13] As well as these groups, many cross-party MPs and even the Government’s own reviewer of terrorism legislation, Max Hill QC, have opposed the government’s strategy and even gone so far as saying terror laws in principle should be scrapped as they are “unnecessary”. [14]

Figures published by the Home Office display an increase in Prevent referrals across the country, overwhelmingly targeting Muslims. 65% of the 7,631 referrals noted in the released figures refer to Muslims, despite being approximately 5% of the population. 56% of the total referrals were aged 20 or under, whilst a quarter of the referrals were of under-15s. Most of the referrals came from the Education sector, followed by the police. [15] [16]

When one considers that Muslims comprise approximately 5% of the United Kingdom,[17] and less than 5% of the perpetrators of “successful and foiled” terror plots,[18] yet are vastly overrepresented in the counter terrorism matrix—from Prevent referrals to Schedule 7 stops and searches to “terrorism” convictions—not only does this lead to unjustified fear and panic from the broader population, but contributes to the alienation and disenfranchisement of many young or mentally vulnerable Muslims. [19]

This is one of the reasons that an increasing number of researchers and activists have been warning that Prevent is not just ineffective but actually counterproductive. This is because a sense of alienation, disenfranchisement, experience of racist double standards, and so on, have long been significant empirically-determined causal factors involved in the likelihood of some people to be drawn into political violence and terrorism, emphatically not the non-violent beliefs and opinions—be they “radical” or not—that the Prevent programme has been focusing on. [20]

[17] According to the 2011 Census, Office for National Statistics.

Previous: The poem that got Dareen Tatour raided by Israeli occupying forces
Next: “He was more beautiful than the moon” ﷺ