Are you ready for our first ever NATIONAL CAMPAIGN?
Home / News / Saudi Arabia: US court issues summons for Crown Prince Mohammed bin Salman 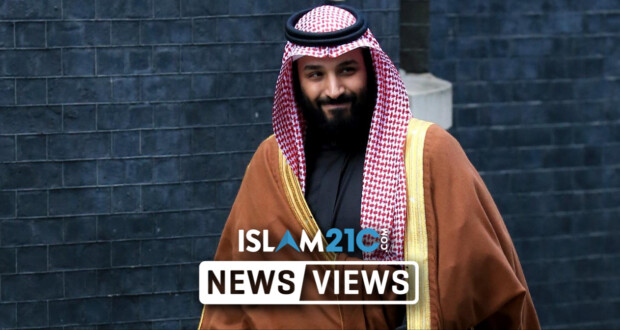 The US District Court of Columbia has issued a summons for the Saudi Crown Prince Mohammed bin Salman (MBS), after a lawsuit was filed by a former Saudi intelligence agent who was allegedly targeted in a prevented assassination attempt. [1]

The former agent, Saad Al-Jabri, filed the lawsuit accusing MBS of sending a hit squad to Canada in an attempt to kill him. Al-Jabri, who lives in Canada with protection by police and private security due to the current situation, claimed that his extensive knowledge of the Crown Prince’s activities tied with his close relationship with the US intelligence community has made him a key target of the Saudi monarch

The lawsuit by Al-Jabri stated that “few places hold more sensitive, humiliating and damning information about the defendant bin-Salman than the mind and memory of Dr Saad – except perhaps the recording Dr Saad made in anticipation of his death.” The lawsuit further added that “if you fail to respond, judgement by default will be entered against you for the relief demanded in the complaint.”

Saudi Arabia have issued many Interpol red notices seeking the return of Al-Jabri, which have all been dismissed by the agency as political. However, this has pressed other countries to send al-Jabri back to Saudi Arabia, as the former intelligence officer has been accused of corruption.

The filed lawsuit explains that MBS had ordered the detention of two of Al-Jabri’s children, who have coincidentally gone missing from their home in Riyadh in mid-March. There is also an indication that other relatives have been both arrested and tortured, “all in an effort to bait Dr Saad back to Saudi Arabia to be killed”, according to the lawsuit. These claims from the lawsuit are allegations that have not yet been proven.

Bruce Fein, a former US Associate Deputy Attorney General, has said that the summons for MBS means that “MBS will now vigorously lobby President Donald Trump and the Secretary of State Mike Pompeo to issue what is called a letter of suggestion immunity.” Fein added that the letter “is rather an odd realm of law, but it asks the court to dismiss the case because it will interfere with the foreign relations of the US and relations with a head of state or high-level officials.”

Fein continued to say that “November [this year’s US presidential elections] will be critical for Saudi Arabia. I can guarantee you right now that Saudi Arabia and the Crown Prince are talking with Pompeo and Trump asking them to get him out of this.”

In recent times, the Saudi authorities eased some other restrictions such as a decades-long ban on female drivers and public entertainment. In addition, a royal decree last year allowed Saudi women to travel abroad without a male guardian’s permission.

2020-08-11
Sana Mahmood
Previous: Nightmare for PM Netanyahu as thousands protest near his residence
Next: The Fresh Mufti of Bel-Air