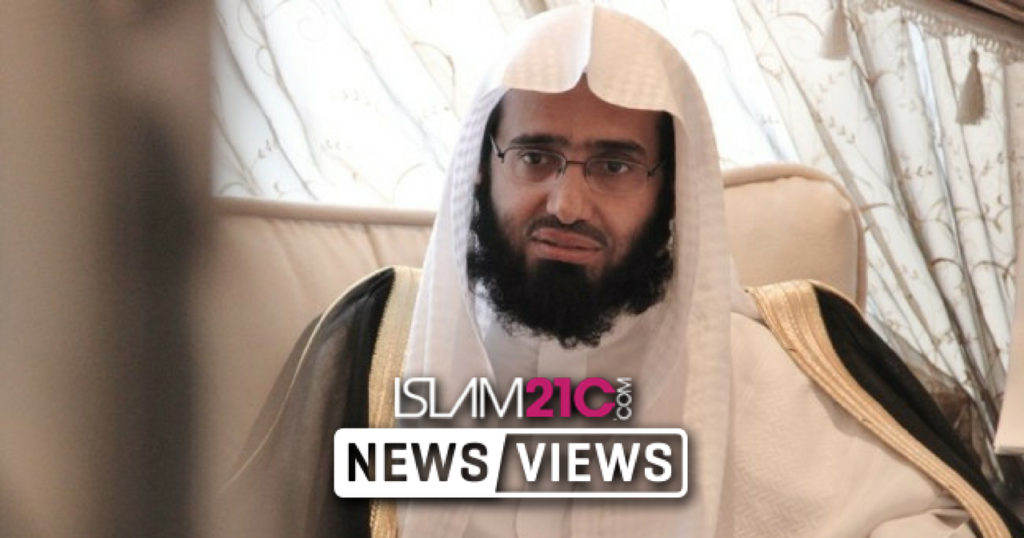 The advocacy group ‘Mu’taqilī al-Ra’ī‘ or ‘Prisoners of Conscious’ tweeted:

“It is confirmed to us that the Saudi authorities arrested Dr Abd Al-Aziz Fawzan a university Professor at the Higher Institute of the Judiciary because of a tweet in which he expressed his opinion on the suppression of sheikhs and preachers.”

The Sheikh recently tweeted statements which commentators have suggested indicate pressures that were being applied on him by the Saudi authorities. On July 18th the Sheikh tweeted:

“The war between the friends of the Most Merciful (Allah) and the devil has been on-going since Adam and Iblees’ landing on earth. And its enemies from amongst the disbelievers and hypocrites have since been waging a war on our religion, values and nations with everything at their disposal and at all levels. It is as Allah says: ‘They will not stop fighting you until they make you revert from your religion, if they are able.’ (Qur’an 2:217)” [1]

Then on July 21st he tweeted:

“To those I love everywhere, please remember me in your prayers and Allah is sufficient for us and He is the best disposer of affairs.” [2]

The arrest of the Sheikh comes after the recent news of Sheikh Safar al-Hawali and three of his sons being arrested on July 12th, a few days after the publication of a book, attributed to the Sheikh, in which he imparted advice to the ruling family and the Council of Senior Scholars close to the monarchy.

The Saudi authorities have arrested scores of scholars and activists in what is seen as a significant shift in internal policy. The measures have been dubbed by some as a precursor to introducing more secular-leaning laws. [3] Amongst the dozens of prominent scholars, activists and academics arrested by the Saudi authorities, are Sheikh Salman al-Awda, Sheikh Awad al-Qarni, Sheikh Mohammad Musa al-Sharif, Sheikh Muhammad Saleh al-Munajjid and Sheikh Abdul Aziz at-Tarefe. [4]