Are you ready for our first ever NATIONAL CAMPAIGN?
Home / News / Turkey will do whatever is necessary to take action on Jerusalem, says Erdogan 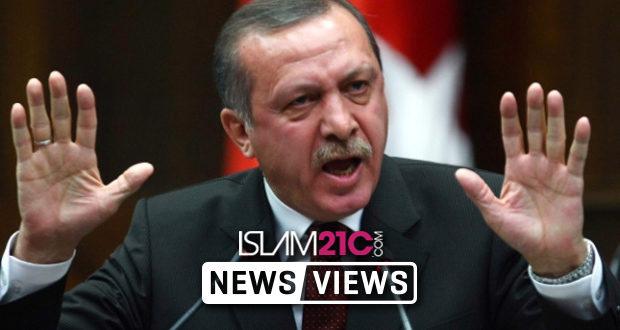 Turkey will do whatever is necessary to take action on Jerusalem, says Erdogan

Turkish President Recep Tayyip Erdoğan has said that Turkey will do “whatever is necessary” to take action on Jerusalem within the legal framework if the UN and Security Council fail to do so as “Israel” has enforced terror in Palestine. [1]

“We will not abandon Jerusalem. We will not stop defending Palestine. Turkey’s stance on the Jerusalem matter is quite clear. To recognise Jerusalem as Israel’s capital is to reward Israel.”

The decision to recognise and announce Jerusalem as Israel’s capital by President Trump last week has erupted outrage and mass condemnation across the Muslim world.

The Organization of Islamic Cooperation (OIC) held an extraordinary Islamic Summit on Jerusalem; it strongly condemned and rejected the decision by the US and instead responded by recognising East Jerusalem as the capital of Palestine.

In addition, the OIC called for the internationalising of the struggle for peace in Jerusalem by imposing both economic and political restrictions in reaction to the US decision. [2]

“We count every hand that extends toward Jerusalem as extending toward Istanbul. Palestine has become what Israel was in 1947. Israel is a country that uses state terror. We recently saw 20 terrorist Israeli soldiers dragging a Palestinian child. Does the U.S. and Trump not see this? Israel targets women, children and the disabled, and the U.S. turns a blind eye.”

On Saturday, during the 7th Hadith and Sira Studies Awards Ceremony, President Erdoğan warned that the Muslim world is a target of plots in order to restructure it for the benefit of others. [3]

“Like a century ago, the Islamic world is facing efforts to reshape it through blood, tears and strife between brothers.”

He urged people “to be prepared for attacks which try to bring down Muslims from within.” He said,

“When Muslims are at odds, the ones that benefit are terrorist groups, and countries like Israel that use state terror. We must stay united and not allow our differences to destroy our brotherhood.”

The President has strongly condemned Trump’s actions and has reiterated his stance on the situation. He said that the OIC stance will generate a multiplier effect that will inspire other countries to follow its steps.