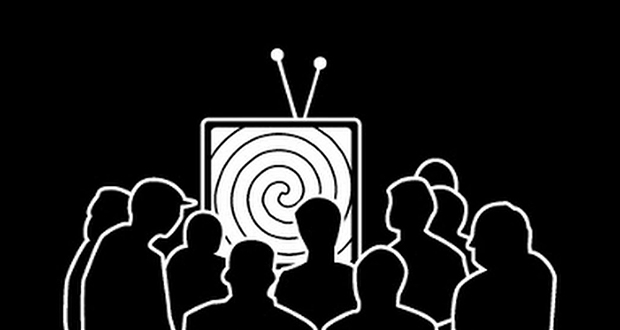 “Heavy snowfall hit parts of UK”, “Horrific scale of plastic problem”, “The country where teachers have disappeared”, “Snow brings disruption”, “Max Clifford dies”, “Manchester United 1-2 Manchester City.”[1] These headlines on the BBC’s front page really highlight what they wish the public to focus on right now. They continue with a story about a prank phone call, another about ballet, and a third about Lego. I could go on. In fact, I scrolled down through around 50 front page articles on the BBC’s website and didn’t find what I was searching for. On Al-Jazeera’s website, the first article was titled: “Protests in Lebanon over US decision on Jerusalem”.

Tear gas has been used against protesters who are chanting “Palestine forgive us, they closed the door on us”. They are referring, of course, to the Arab leaders who they feel are doing far too little to prevent the Israeli encroachment on Palestine. In a subtler and more serpentine manner, the BBC are doing just that; they are closing the intellectual door on us. Out of mind and out of sight, as the saying goes.

As Edward Herman and Noam Chomsky mention in their book Manufacturing Consent: “… filters narrow the range of news that passes through the gates, and even more sharply limit what can become “big news,” subject to sustained news campaigns… dissidents and weak, unorganized individuals and groups, domestic and foreign, are at an initial disadvantage.”[2] That is to say, the plight of the Palestinians is not “big news”, and it will struggle to be, so long as its opposition includes large and violently aggressive regimes, such as Israel and the US. Had similar events been occurring in the US or Israel, there is no doubt that they would have made the front page, and not just due to the BBC’s Eurocentricity.

To have their bidding done, it is common for nations to allow other, ‘more extreme’ nations to do the dirty work. More ‘centred’ nations can then passively denounce, and then forget about the atrocities they facilitated in one way or another. After a while, the status quo simply begins to change. This seems to have been the game plan with Palestine. There is no use of force to stop the Israeli aggression. Nor is there any threat of force or serious economic sanctions to stop them stealing land. Condemnation amounts to passive denouncements whilst the monstrosity of a “state” that western imperialism created is allowed to continue hacking away at a defenceless people.

The scope of discussion is an important consideration when assessing the degree of bias emanating from a source. Pre-Vietnam-war America highlights this well, with the ‘doves’ and ‘hawks’ both debating how best to approach the situation of the ‘enemy’ but the mainstream media not allowing even a slightly serious suggestion that perhaps the invaders are the ‘bad guys’, and that perhaps it is them that should be punished. When it comes to the Palestine-Israel issue, we see the same tactics being used. Some questions, like how best to punish Israel for their breach of international law, are completely out of the scope of debate. It is considered acceptable to discuss the repercussions for Palestinian ‘rebels’, but not for Israeli ‘soldiers’, the only ones in this recent struggle with blood on their hands. To add salt to wounds, the plight of the suffering people, as we saw in Rohingya and Egypt, is largely ignored after a momentary mention.

Media outlets are not neutral and objective—nor should we expect them to be—and it is important to understand this. They purposefully underrepresent the grievances and suffering of the ‘unimportant’ and ‘unworthy victims’. The grievances and suffering of their enemies are even less represented. Does the BBC show in equal quantity, and with complete neutrality, the decades of oppression and suffering that spawned the likes of ISIS attempting to commit similar horric atrocities? No, it does not; and it should not. This is an example of deliberate bias. Neutrality is not a good thing, and pure objectivity for a media outlet is farcical. Media outlets choose what to show, and how to show it. They pick their friends and foes, their commitments and dislikes, and they choose how to represent each one.

Noam Chomsky, in his lecture titled “Media, Knowledge, and Objectivity”, mentions that: “If the media were honest, they would say, Look, here are the interests we represent and this is the framework within which we look at things. This is our set of beliefs and commitments. That’s what they would say, very much as their critics say… However, they must do it, because this mask of balance and objectivity is a crucial part of the propaganda function.”[3] Without an understanding and appreciation of this bias, we can easily be misled in our search for “real” news. With the BBC in particular, we must understand that it is in effect a propaganda arm of the state and it aims to serve that purpose.

The “Father of Sociology”, Ibn Khaldūn said that the: “Government is an institution which prevents injustice other than that which it commits itself.”[4] The exception extends to the injustices of its allies and those that maintain the status quo. Therefore, we must be vigilant when scanning news sources, and we must protect ourselves and our communities from being misled. The way to do this is by understanding the biases of our sources. The best advice on the matter is of course from Allāh subhānahū wa taʿālā:

“You who have faith! If a deviator brings you a report, scrutinise it carefully in case you attack people unwittingly and later deplore what you have done.”[5]

Ali is a Medical Student and a holder of a Biomedical Sciences degree. He has spent much of his life travelling and has lived in the UK and across the Middle East.