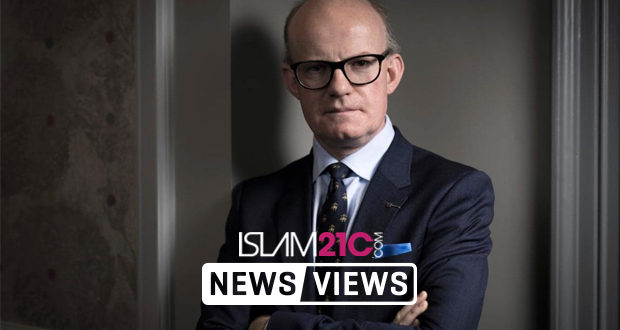 This comes after Home Secretary Amber Rudd’s recently announced plans to increase jail terms to 15 years for those convicted for certain “crimes”, such as viewing “terrorist” content online.

But Max Hill QC warned in a speech at human rights group Justice this week, that ministers should not “criminalise thought”, and that “thought without action” was not terrorism, and it is “quite wrong” to treat it as such.

Echoing what many Muslims and non-Muslims have been saying for years, Mr Hill warned against “knee-jerk” reactions to political violence, as well as the danger of conflating “terrorism” with “extremism”.

“Whilst we can all agree that there should be nowhere for real terrorists to hide, we should also agree that legislating in the name of terrorism when the targeted activity is not actually terrorism would be quite wrong.”

He also stressed that the government should not be “rushing to add yet more offences to the already long list”. He suggested that people that carry out less severe “offences” under the broad rubric terrorism legislation should not face longer jail terms, suggesting that it was “political desire rather than real need” behind why low-level offences were punished with severe sentences.

Such calm and thought-out remarks appear to be in stark contrast to the fiery rhetoric often heard from right wing politicians, including the Prime Minister herself, who routinely conflate non-violent dissent or “radical” political views with political violence whenever there is an attack.

This is not the first time the terror watchdog has clashed with government ministers for their lack of nuance. He has on several occasions criticised the two-tier justice system created by terrorism legislation, even going so far as calling the government to scrap terrorism laws, since existing laws are more than capable of dealing with actual “terrorism”.[2]

He also stressed in this week’s speech, taking heed from France’s reactions to attacks, that “national security” must not be “used as a stick to beat down the rights we hold dear”.

“We, as a nation, must not be terrified, nor must we allow our parliament to enact measures that might make things worse not better.”

A Downing Street spokeswoman told the Press Association that “We have to tackle the ideologies that drive or inspire these kinds of attacks.”[3]

However, this appears to be contradictory to the government’s own updated policies and submissions in the ongoing legal challenge against Prevent,[4] where they stated in the High Court last December that they rejected the discredited “conveyor-belt” theory of radicalisation, and that:

“[Her Majesty’s Government] does not consider that extremism is either a necessary or sufficient condition for terrorism.”

Many were happy that the government appeared to finally yield to the results of decades of peer reviewed, academic research on the actual empirically-determined causes of terrorism, that show ideology to be rather “incidental than causative”.[5]

However such apparently contradictory remarks at the heart of the government’s counter-terrorism strategy appears to reinforce what critics regard as the confused and confusing nature of policies based on theories and pseudoscience,[6] traced back to neoconservative ideologues and thinktanks accused of Islamophobia and anti-Muslim hatred.