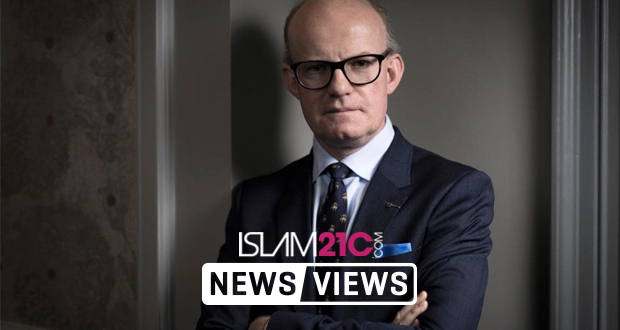 [three_fifth_last]In a statement welcomed by Muslim organisations, Max Hill QC, the UK’s Independent Reviewer of Terrorism Legislation, has suggested that the Government should consider abolishing all anti-terror laws as they are “unnecessary”.

He told The Independent in an exclusive interview that existing laws are sufficient for dealing with so-called “potential jihadis”.

“Britain has the laws we need […] We should review them and ensure they remain fit for purpose, but we should have faith in our legal structures, rather than trying to create some kind of new situation where the ordinary rules are thrown out.”[1]

Echoing the widespread criticism of reactionary legislation, he said:

“We should not legislate in haste, we should not use the mantra of ‘something has to be done’ as an excuse for creating new laws. […] We should make use of what we have.”

He highlighted the propensity of laws passed under panic to diffuse into the pre-crime and “thought crime” space, with the “vast majority of people” he interviewed expressing “feelings of distrust and resentment towards the Government’s PREVENT programme.” He warned about the danger of restricting civil liberties of citizens under such a framework:

“We must stay the right side of that line and the hate preacher debate comes fraught with risk that we will take a wrong turning.”

As has been well documented, those Muslims involved in political violence tend to be religious novices leading a generally non-Islamic lifestyle of petty criminality and drugs, with an MI5 report in 2008 going as far as stating that “a well-established religious identity actually protects against violent radicalisation.”[2] Mr Hill stressed this much more effective strategy to prevent and disrupt terrorism than the current focus on so-called “non-violent extremism”, which has its roots in ideologically-charged anti-Muslim groups.[3] [4]

“I think the current Government’s counter-terrorism strategy review will involve looking hard at the more effective use of non-terrorism legislation to meet precursor criminality – general criminal activity committed by individuals that should be stopped and prosecuted before they move into terrorism.”

“Max Hill QC is right to call for the end to all terror laws in this country. Most fair-minded people recognise this but have been unwilling to state it in public. The Independent Reviewer’s comments come as a welcome break from the norm that has allowed this politicised corpus of law to continue to expand. CAGE reiterates its June announcement:[5] We call for an abolition of the extensive web of laws that have ensnared our fundamental freedoms and rights. We call upon all right-minded people to join our struggle to establish once again the Rule of Law and apply it to all irrespective of their background, race or religion.”