“Grooming” and the Exploiting of Exploitation 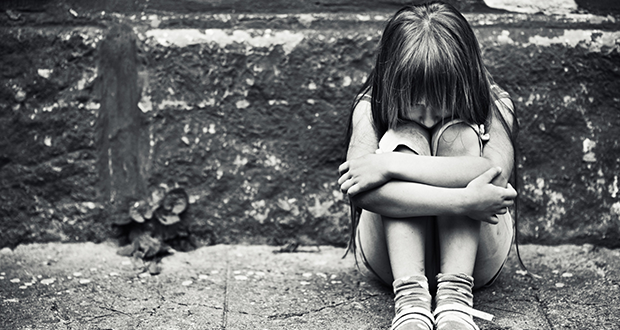 This last week has been one of the most vexatious in a long time, following the recent conviction of the latest “Pakistani grooming gang” and the hysterical aftermath.[1] The greatest tragedy of such times is that whenever an ignoramus attempts to racialise and generalise the acts of a few vile individuals, the precious little intellectual capital in such debates is focused towards debunking old racist stereotypes with the tedium of facts and statistics, rather than focusing on how to practically address the issue or help the victims who happen to be the most vulnerable and disenfranchised in the whole country. Who gets away scot-free when the news cycle and public discourse is dominated by people arguing about race? Those very same individuals and institutions that have been systematically and institutionally failing these young girls for decades.

This is partly why I had personally been delaying making public remarks about this. I find it distasteful, to say the least, that during a time in which the exploitation of vulnerable girls has come to light, we actively contribute to the racial distraction. After all, the widespread Child Sexual Exploitation (CSE) of young girls (and boys) is usually invisible to the public—given the low melanin content of their usual exploiters. However, over the past week all I have heard and read is anything but a rational and open debate about how to actually treat this widespread issue. Instead, mainstream media discourse has been dominated by the exploiting of exploitation to score cheap racist or Islamophobic shots, based on the ethnic background of the perpetrators. In fact, in a short debate last week, my interlocutor—determined to create a racial or religious dimension to this crime—unwittingly characterised this entire debate: “I’m not a scientist. You can’t solve this problem with science.”[2]

One of the most pernicious myths being perpetuated off the back of the exploitation of white girls by some brown men is that people allowed it to happen because of “political correctness”, or fear of being called racist. This increasingly common Alt-Right doctrine that right-wing white people are unable to talk about Muslims has seeped into mainstream discourse, despite requiring an unforgiveable degree of illiteracy, seeing as “Muslim” issues have been the staple diet of right-wing newspapers and blogs for more than a decade.

Even if it were true, as is argued, that police and social workers have been scared to speak out against young girls being raped by brown men “for fear of being called racist”, in what universe is that logical? How does that actually make sense? Is there a force-field that suddenly comes down around a brown rapist that prevents people from stopping him carrying out his vile actions? What this particular myth is based on is some (clearly responsible people) warning against over-emphasising the race of rapists; not allowing them to carry on raping girls. This is nothing but an excuse used by those who have been failing these girls for a long time. Whatever the case, we should refuse to be blamed for such an absurd justification.

What has compounded the issue is that Muslims’ personal expectation for a higher degree of moral scrutiny among fellow Muslims (the feeling that, after all, even if we are not disproportionately represented in a particular crime nationally, even one Muslim involved is “one too many”), which has been exploited by those pushing a racist agenda in search of sound bites from “community leaders” in a national display of self-flagellation: “Yes! There IS a problem of Muslims raping white girls, and we have to do something about it!” We—and those who speak on our behalf—have to be cognisant of benign statements calling for moral scrupulousness and excellence being used to further a destructive agenda to demonise us all—and distract attention away from a national problem that affects all peoples.

If we are to speak about this in the public domain, we should be informed first. Not by sensationalist tabloid trash, but by academic scholarship. Those who are informed by a scientific account of a particular problem are far more capable of solving it. Of particular utility is Dr Ella Cockbain’s paper, Grooming and the ‘Asian sex gang predator’: the construction of a racial crime threat,[3] as well as Dr Shamim Miah’s paper, The Groomers and the Question of Race.[4] There are also many lighter reads such as Dr Shenaz Bunglawala’s Yes, we have a ‘Muslim Problem’, but it’s not what Kavanagh might think,[5] and Joseph Harker’s This is how racism takes root.[6] In short, CSE is a widespread problem and, generally speaking, the evidence available to us suggests Muslims (or Asians for that matter), are not disproportionately represented.

If, however, you artificially limit what you are looking for, such as geographical area, modus operandi, type of victim, and so on, then there can—and does—emerge a disproportionate representation of whatever type of perpetrator you want to highlight. This is exactly what those desperate to serve the “Asian grooming gang” stereotype have been doing. As Dr Cockbain mentions about the history of the loosely defined “grooming” category as a racial construct:

“In fact, The Times’ figures derived from a search of press coverage from 1997 to 2011 aimed at identifying convictions involving two or more men for sexually abusing girls aged 11–16 years they had met locally, hence the ‘on-street’ in grooming.[7] These inclusion parameters have never been explained or justified, despite the questionable decision to exclude male victims wholesale. This raises the question as to whether the statistical exercise was deliberately designed to isolate evidence for a predetermined ‘Asian model’.”

As many have pointed out, this is similar to the creation of “mugging”: an ill-defined term used to describe a subset of a wider crime category (theft, robbery), but only that which was carried out in the particular demographic parameters that presented the stereotypical black young man against the defenceless white old lady. This led to a litany of further problems, such as observation and confirmation bias, circular reasoning and the downplaying of similar crimes carried out under different circumstances—which could lead to an increase in the overall crime rate as you are not addressing the problem scientifically. As Dr Cockbain pointed out with regards to the consequences of “grooming” as an ill-defined subset of CSE:

“White co-offenders and ethnic minority victims are routinely downplayed in the insistence that this is a problem of Asian men targeting white girls. In fact, this contradicts early research findings which suggest that victim recruitment is largely opportunistic and that ethnic minority children are also abused.”[8]

The point here is obviously not to downplay the seriousness and depravity of the crime that an extremely small minority of men commit. The point here is that, if we are to talk about this publicly, or better still, if we are to try to fix this social problem, it has to be based on knowledge and empirical reality. If not, we run the risk of wandering into ambush interviews or debates with carefully crafted fallacies designed to push a racist or Islamophobic agenda.

The great tragedy is that those acting like they care about the victims of CSE (or “grooming”) who attempt to racialise or perpetuate racist myths about it, are actually diverting attention away from important discussions on how to actually stop it. There is little value in highlighting the cultural idiosyncrasies of Pakistani or Muslim men—even if it does score cheap political points—when it comes to protecting potential victims of CSE, since the vast majority of men with the same cultural attitudes are law abiding citizens. Instead of refuting racial stereotypes, we could look into what factors contribute to even the artificially-constructed “Asian grooming gang” archetype; for example, their overrepresentation in the night-time economy where some vulnerable girls in foster care are targeted, such as taxi ranks, takeaways, and so on.

The elephant in the room seems to be that the vile individuals who carry out CSE are characterised by a lifestyle far away from the same normative Islamic practises that are often the object of cries for reformation by the same Islamophobes trying to racialise CSE today. Drugs, alcohol, prostitution, premarital sex—let alone promiscuity—are all clearly and unambiguously major sins in Islām, as even a Key Stage 2 RE syllabus would show. Furthermore, as many have stated already, the looking down on white working-class girls is not something these men have inherited from Pakistan—it is already widespread in some sectors of society that they have assimilated into.

In fact, the very same right-wing tabloids who are now claiming to fight for poor white girls, were judging and blaming victims of grooming years ago before the racialised construction of “on-street grooming” as an Asian phenomenon. One characteristically deplorable Daily Mail headline referred to a 12-year old girl that was raped by more than five men and made pregnant: Pregnant girl, 12, names five lovers.[9] The girl later described the impact of such blaming and judging from right wing tabloids and authorities in an eye-opening BBC Panorama documentary.[10] Part of the tremendous failures of the police, local authorities and even healthcare staff in Rotherham was due to many judging the girls as “promiscuous”, not taking them seriously and generally looking down upon them.[11] Even the UK government used phrases like “child prostitute” in official government literature until 2015, when Nazir Afzal—yes, a Pakistani man—campaigned to get it removed when he was the Crown Prosecution Service’s lead on CSE.[12]

Men who carry out CSE are opportunistic predators, preying on vulnerable girls. Due to systematic, institutional failings in many parts of the country, the vulnerable girls are white and from a working class background. Instead of giving a free pass to those who failed them (by turning them into victims of “political correctness”), the debate should be centred on how best to protect them and give them justice. We also need to throw the book at those actually involved in harming and exploiting them, not those who happen to follow the same religion or whose parents come from the same countries as theirs.

The Deputy Children’s Commissioner, Sue Berelowitz, surprised the Home Affairs Select Committee when giving evidence on CSE in 2012, by saying: “There isn’t a town, village or hamlet in which children are not being sexually exploited.”[13] “People need to lay aside their denial and face up to the fact that some truly terrible things are being done.”

The sooner we realise this the sooner we can actually do something to curb this epidemic instead of distracting the public’s attention for cheap political points towards a microscopic, racialised example of a nationwide vice.