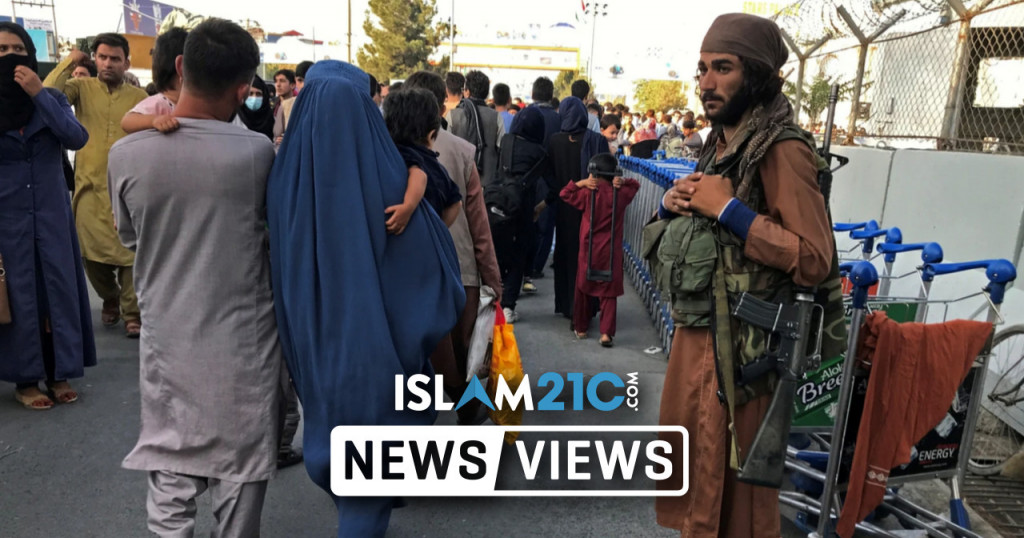 Hashmat Ghani, the younger brother of former Afghan President Ashraf Ghani, has cautiously encouraged Afghans to recognise the Taliban’s takeover of the country. Ghani is 60 years of age, and presides as a prominent businessman and chief of the Kuchi nomadic people. He has in recent days been engaged in a charm offensive with other business leaders. Furthermore, he called for his fellow citizens to accept the Taliban takeover of the country. However, he also warned that this acceptance is not to be given without stipulations, saying:

“I have accepted the Taliban but do not support them…’Supporting’ is a very strong word. What happens once they are in control…that remains to be seen.” [1]

Hashmat Ghani’s advice comes after his brother, former President Ashraf Ghani, fled the country with his wife and children. Ghani departed whilst the Taliban made rapid advances around the nation and proceeded to capture the capital city of Kabul on August 15.

The former President later resurfaced in the UAE, claiming political asylum. In a statement, the Emirates confirmed that it had “welcomed” Ghani and his family on “humanitarian grounds”. [2]

“The UAE Ministry of Foreign Affairs and International Cooperation can confirm that the UAE has welcomed President Ashraf Ghani and his family into the country on humanitarian grounds.” [2]

Meanwhile, Ghani sought to defend himself from many Afghans who have accused him of engaging in cowardice by fleeing the country. He suggested that he ran in order “to prevent a flood of bloodshed”. Unsubstantiated reports had previously circulated, accusing Ghani of flying off via helicopter with an eye watering 169 million dollars in cash. [3]

In a sign of the resentment felt by many towards Ashraf Ghani’s perceived failings in leadership, former Afghan MP Elay Ershad expressed her personal fury at the former President’s hasty escape. She revealed that he had told government colleagues he was on his way to a meeting with defence personnel, only to then disappear from sight. Ershad, who is also the former spokeswoman for Ghani, issued the following statement:

“I’m so mad at him. I would call him a gutless person. He could have left three months ago and prevented the killing of all our soldiers who died in this war. He left his people behind, and he left his country behind. I’m so angry I don’t have words to explain it. I don’t know why I trusted this guy and voted for him.” [4]

Nevertheless, after being welcomed by the UAE, which is a strong ‘Israel’ ally, Ashraf Ghani stated via a Facebook post that he believed there would be a massacre if he had remained. However, a week on, it appears that there is little evidence that this would have in fact happened.

“I was faced with a hard choice, to face the armed Taliban who want to enter the palace, or leave the country I have dedicated my life to protecting and nurturing for the last 20 years. If left unchecked, countless patriots would be martyred and the city of Kabul would be devastated, resulting in a major humanitarian catastrophe in the six-million-strong city.” [4]

With Ashraf Ghani remaining in the UAE for the moment, the former two-term Prime Minister Gulbuddin Hekmatyar was noted to be in informal discussions with the Taliban. On Friday, the leader of the Hezb-i-Islami political party said that formal talks between Afghan political leaders and the Taliban will begin once the Taliban’s top brass arrive in the capital city of Kabul.

While the international mainstream media has been fixated on the situation at Kabul’s international airport, little is being reported about the rest of the sprawling mountainous nation. It remains to be seen what next steps the Taliban will choose to take. History would suggest erring on the side of caution, despite their promises to govern with justice and fairness. If nothing else, it is apparent that an inclusive government of sorts will be required in order to restore any sense of national reunification and a period of healing after consecutive decades of bitter occupation and conflict.