The city’s mayor has appointed the highly regarded Dr. Chris Allen of the University of Leicester to undertake an independent inquiry into the violent intercommunal disorder of recent months
News 31/10/2022No Comments5 Mins ReadBy Shaheer Choudhury 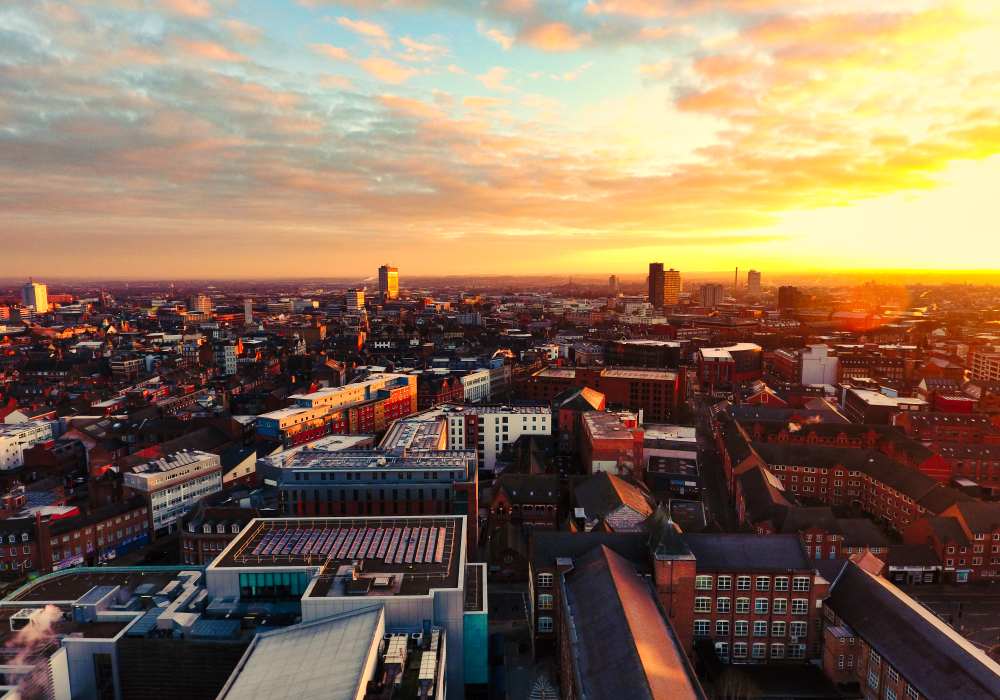 In an open letter delivered to Sir Peter Soulsby, the Mayor of Leicester, dozens of masājid, scholarly groups, and other Islamic institutions in the city have “cautiously” welcomed the announcement of a review into the recent violence between Hindus and Muslims in the area. [1] [2]

Dated the 29th of October and undersigned by a substantial total of thirty-seven Muslim organisations, they begin by stating,

“The undersigned Masaajid (i.e. Mosques), Islamic Institutions, and Scholars group of Leicester cautiously welcomes the announcement of the review into the recent violence in our city, announced by the City Mayor, Sir Peter Soulsby.

“We also welcome the appointment of a group of academics from both of our illustrious Universities to carry out this review.” [2]

The letter comes shortly after veteran Leicester political leader Soulsby announced on 26 October that he had appointed the Associate Professor in Hate Studies at the University of Leicester, Dr. Chris Allen, to take charge of an independent review into the violent events of recent months between the Hindu and Muslim communities. The Mayor expects that findings will be released sometime in early 2023. [3]

I've appointed @DrChrisAllen of @uniofleicester to do an independent review of recent events on #Leicester streets – reporting early next year.

In an accompanying statement issued by Leicester City Council, it was explained that Dr. Allen will be supported by colleagues at the University of Leicester, in addition to further experts in social research from De Montfort University. [4]

Soulsby said of the review and its formulation,

“Dr. Allen and his colleagues have a wealth of experience in conducting research into hate crime, and also have a thorough knowledge of our city and the community cohesion we have enjoyed here for many decades.

“There are many theories circulating as to what led to the recent disorder – the like of which has never been seen here before. It’s important that we get to the facts as quickly and efficiently as possible so that we can all take whatever action is necessary to ensure we never see it again.” [4]

Dr. Allen, of the University of Leicester’s School of Criminology, stated his keenness to avoid apportioning blame on any particular sides, but rather to “provide a meaningful starting point” in order to rebuild and restore healthy community relations.

“In leading the review, I will draw on more than two decades of research expertise to try and better understand what caused the disturbances and why they happened when they did.

“Far from trying to apportion blame, the learning gathered will instead provide a meaningful starting point, from which we can all work towards rebuilding the good relations that have been a defining feature of Leicester for the past few decades”. [4]

At the same time, Leicester City Council expressed its desire for the review to spur “the development of a national blueprint for other cities to help with community cohesion in the face of rapidly moving national and international social and political influence.” [4]

There continues to be heavily skewed online reporting on the Leicester disorder; one may be surprised when a Google search on the topic returns multiple results that blame Muslims for the events.

To add fuel to the fire, the notoriously anti-Muslim and pro-Hindu news outlet, OpIndia – which incorrectly blamed the Muslim orator and academic Mohammed Hijab for inciting violence during the Leicester disorder – has decried the appointment of Allen. In a piece that calls Allen an “anti-Hindu professor”, the outlet has accused the educator of “pandering to Islamist outfits.” [5] [6]

Despite this nonsensical reporting, Allen’s credentials span far and wide. He has carried out extensive work on the toxic government ‘deradicalisation’ programme, Prevent; he has also done research work on Islamophobia and far-right extremism.

Allen has authored or co-authored a number of publications on such topics. Furthermore, he has supported steps to establish an accepted definition of ‘Islamophobia’. [7] [8]

The joint open letter by various different Leicester Muslim organisations and groups addresses the issue of select Hindu groups choosing to avoid the inquiry, while saying that it expresses cautious optimism for what lays ahead. In noting that ”some amongst the Hindu community [have chosen] to not engage with this process”, the cosignatories add,

“We look forward to engaging positively with both, the review process and our brothers and sisters in the Hindu community.” [2]

The full list of masājid and institutes who have lent their names to the open letter are as follows: