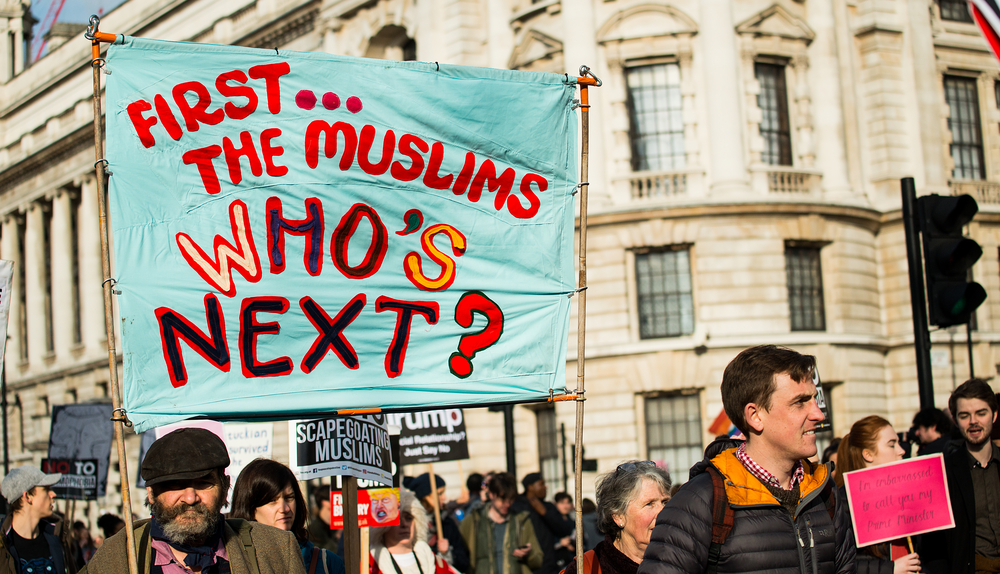 Just days before the tenth iteration of Islamophobia Awareness Month (IAM) kicked off, the British government was criticised after plans to recognise/ produce an alternative working definition of Islamophobia were finally shelved earlier this week. Michael Gove, the Secretary of State for Levelling Up, Housing and Communities, and a former Conservative party leadership bidder, has been blamed for the government’s untimely decision to scrap the acceptance of the agreed upon definition of Islamophobia or to come up with a different version altogether. [1]

Gove is infamous for his anti-Muslim attitude, and it is common knowledge that he has been an outspoken opponent of defining Islamophobia.

In September, while attending an event hosted by the Counter Extremism Group, the “Levelling Up” Secretary expressed concern that the acceptance of a definition would cause problems with “free debate”. [1]

Gove told attendees at the event,

“I think there are dangers if a university or another organisation which should be the home of free debate uses a definition like that to police what people can say in order to penalise them for it.” [1]

And only last month was he quoted as saying that he had the strong desire to tackle “political Islam”, which he described as a “virus”. He has also been roundly condemned for his disastrous role in the Trojan Horse scandal that originated in the 2010s. [1] [2]

Consecutive Conservative governments have done little to further the progress made by others such as Labour and grassroots Muslim activists and organisations in drawing up a recognised definition of anti-Muslim hatred. Indeed, as The Independent reports, since Boris Johnson was elected Prime Minister, work has dwindled despite the overwhelming acceptance of the definition. [1] [3]

IAM is a yearly campaign that was originally started by a group of Muslim organisations in 2012. Now in its tenth successive year, the movement has grown rapidly to become the foremost period in the British calendar to raise much needed awareness to Islamophobia and its various shapes and forms within British society.

Despite its name, the month-long campaign is also an important period in the British calendar for highlighting the successes and achievements of Muslims in the country.

With this year’s theme being #tacklingdenial, the IAM website explains,

“By denying Islamophobia’s existence, we dismiss the lived experiences of many and the opportunity to bridge gaps in our society.” [4]

Together, we can put an end to Islamophobia.

Today marks the beginning of #IAM2022. The theme for this year is #TacklingDenial and we are #10YearsOn since the founding of this campaign 🗣

Show your support by signing up to become a supporter: https://t.co/F7SMQCveWT 🧡 pic.twitter.com/tASCOSc4ux

“Scourge of Islamophobia is on the rise”

Speaking to The Independent following the aforementioned government developments, the shadow minister for women and equalities, Yasmin Qureshi, warned that the “scourge of Islamophobia is on the rise”. [1]

“The Conservatives are the only political party in the UK to reject the APPG on British Muslims’ definition of Islamophobia … Now Michael Gove has broken his promise to develop an alternative. With the revolving door of prime ministers scrabbling round to fix the mess they’ve created with the economy, it’s clear that tackling Islamophobia is an afterthought.” [1]

The definition of Islamophobia was developed by the All Party Parliamentary Group (APPG) on British Muslims; in November 2018, a report recommended that the following wording be adopted:

“Islamophobia is rooted in racism and is a type of racism that targets expressions of Muslimness or perceived Muslimness.” [3]

However, in a reflection of the carefree attitude being espoused by the Tory government, when the Labour MP for Manchester Gorton, Afzal Khan, sent a letter to Downing Street in November 2020 that called for action to be taken to address the topic, he was ignored. And incredibly, to date, he is yet to receive an official response. [5]

In the letter, Khan had urged then British Prime Minister Boris Johnson to establish an investigation into the repeated Islamophobic allegations made against Tory members. [5]

On the first day of Islamophobia Awareness Month, a reminder that under the new @Twitter regime the p-word is now acceptable🙄 pic.twitter.com/p8lNEt8bP9

“This time last year to mark this month, I wrote to the prime minister raising concerns over Islamophobia, urging him to better safeguard British Muslims and to fulfil his promise to carry out an independent investigation into his party.

“A year on, the prime minister has still not responded. This is wholly unacceptable and an insult to British Muslims.” [5]

And in response to Gove and the broader government’s actions earlier this week, the shadow justice minister stated,

“Their lack of action since 2018, coupled with the damning allegations made by Conservative MP Nusrat Ghani, all show that they simply do not take the issue seriously.

“Year after year, British Muslims are victims of the highest proportion of religiously motivated hate crime. This trend shows no sign of abating under the Conservative government.

“Yet this revolving door of chaos has meant that consecutive prime ministers have failed to tackle Islamophobia and deliver on their promises.” [1]

A government-led failure in tackling Islamophobia

Along with Gove’s anti-Muslim outlook, the wider British government has repeatedly failed to address calls to stamp out Islamophobia and to treat it as an equally toxic form of hatred akin to anti-Semitism and other such beliefs.

The ruling Conservative party has also been inundated with allegations of Islamophobia. In early 2022, the Muslim former minister, Nusrat Ghani, claimed that she was fired during a 2020 cabinet reshuffle on account of ministerial colleagues being uncomfortable with her “Muslimness”. [6]

The then Prime Minister and Conservative leader Boris Johnson was forced to open an investigation into the serious allegation that Chief Whip Mark Spencer had suggested to Ghani that her “Muslimness” was an “issue” when she was removed as Parliamentary Under-Secretary of State at the Department for Transport in February 2020. [6]

However, since the investigation was launched, no action has been taken against Spencer. In fact, he is now Minister of State for Food.

Unsurprisingly, Spencer was also recently condemned for a racist comment he made about Chinese people. The criticism came after Spencer said to Sky News on Monday that following the claim that Liz Truss’ phone had been hacked by suspected foreign spies during her time as Foreign Secretary, there was always a risk with ministers using mobile phones.

Spencer is quoted as saying,

“We all talk on personal phones, don’t we? I ring my wife, maybe there’s some little man in China listening to the conversations between me and my wife.

“But you’ve just got to be careful about what information you use on which phone and you get a lot of help and support from the security services on that.” [7]